The National Wrestling Alliance is fast approaching the NWA Powerrr Season 6 Finale. This will be the company’s final stop before NWA Hard Times 2, which takes place early next month. Hard Times 2 is set to be a stacked show, featuring a total of 7 title matches. However, before this point, the latest chapter in the Powerrr saga will conclude tonight at 6:05 PM EST on FITE. There’s plenty to see, including a contest known as a Social Distance Match. Take a deeper look into the action to come. 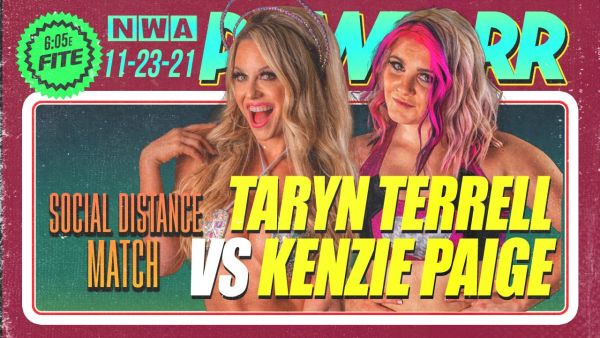 How does a wrestler win a match that, on paper, forbids the competitors from physically touching one another? Tonight, on the NWA Powerrr Season 6 Finale, viewers will find out as Taryn Terrell battles Kenzie Paige in said contest. It’s possible that this will see similarities to the Social Distancing Match that Joey Janela and Jimmy Lloyd took part in last year. In March 2020, at Game Changer Wrestling’s Acid Cup 2 event, Janela and Lloyd took part in a match in which an invisible 6-foot barrier between them was enforced. Will this be similar to the match Terrell and Paige are set to take part in? It’s difficult to say and it’s possible that not even everyone in the NWA fully understands the guidelines. However, the sheer mystery surrounding this match type is reason enough to tune into this week’s NWA Powerrr. 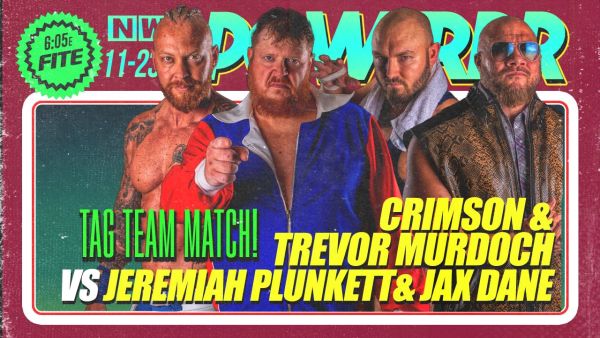 To say that Trevor Murdoch was a long path ahead of him would be an understatement. At Hard Times 2, Murdoch will defend the NWA Worlds Heavyweight Championship against a competitor few expected: former IMPACT Wrestling and WWE star Mike Knox. At the recent By Any Means Necessary supercard, Knox attacked Murdoch during the post-show fan photoshoot. The attack was severe, with Knox confining the world titleholder and himself in a steel cage as those on the outside, including Murdoch’s own son, were forced to watch. Desiring revenge, Murdoch will face Knox on December 4. Prior to this, on the NWA Powerrr Season 6 Finale, Murdoch teams with Crimson to battle the latter’s rival, Jax Dane, and Jeremiah Plunkett. It’s also worth noting that, at the aforementioned supercard, Dane bested Crimson in the steel cage main event. Watch this main event unfold on the season finale of NWA Powerrr.