This Sunday, live from Valor Hall in Oak Grove, Kentucky, the National Wrestling Alliance partners with Tried-N-True Pro Wrestling for NWA By Any Means Necessary. This is a supercard part of NWA’s Pop-Up event series; the basis of the series in question is that the NWA partners with local promotions to bring big shows to different areas. The first of these events took place on January 5, 2019, when the NWA and TNT brought New Years Clash to Clarksville, Tennessee. This particular event was highlighted by Nick Aldis successfully defending the NWA Worlds Heavyweight Championship against “The Cowboy” James Storm.

To provide some background on Tried-N-True Pro Wrestling, this is a Tennesse-based promotion run by Crimson. Founded in 2015, TNT has seen a number of well-known names pass through, including Madison Rayne, Chelsea Greene, and WWE Hall of Famer Jeff Jarrett. TNT is also home to the Tried-N-True Academy, which trains aspiring wrestlers from the ground up. Additionally, the facility sharpens the skills of those with preexisting training. With this in mind, TNT is set to partner with the National Wrestling Alliance this Sunday. Here’s what to know about NWA By Any Means Necessary. 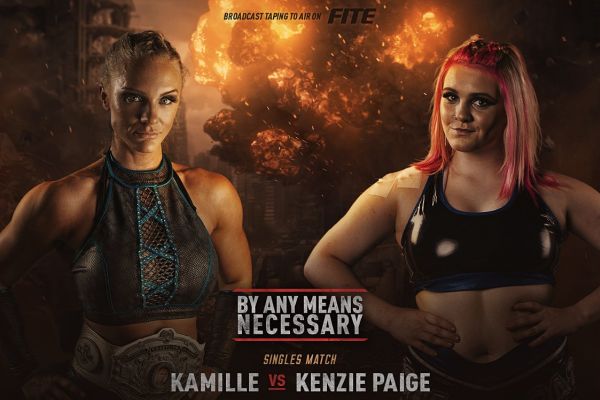 The NWA World Women’s Title on the Line

Multiple titles will be on the line at NWA By Any Means Necessary. Among these is the NWA World Women’s Championship, currently held by “The Brickhouse” Kamille. As she approaches 140 days as NWA World Women’s Champion, it’s important to look back at how dominant she’s been. From this past June onward, having captured the title from Serena Deeb at When Our Shadows Fall, she successfully defended it against such names as Amber Nova and All Elite Wrestling’s own “Legit” Leyla Hirsch. Recently, however, Kamille has been vocal about what she perceived to be a lack of formidable challengers. Simply put, she hasn’t been impressed. Perhaps matters will change come this Friday as she faces Kenzie Paige, who’s been enjoying a boost of momentum in her own right.

With her trademark pink streak in her hair and a wealth of potential that can’t be denied, Kenzie Paige will enter the most important match of her young career to date. This past August, on NWA Powerrr, Paige picked up a big win over NWA Women’s Invitational Cup winner Chelsea Green. This victory undoubtedly impressed NWA officials, which led to this match at NWA By Any Means Necessary being made. It’s worth noting that this isn’t the first encounter between titleholder and challenger, however. This past July, at Tmart Promotions’ The Gathering event, Kamille successfully defended her title against Paige. Months later, can the Tennesse native overcome the seemingly immovable “Brickhouse,” winning her first singles title in the process? 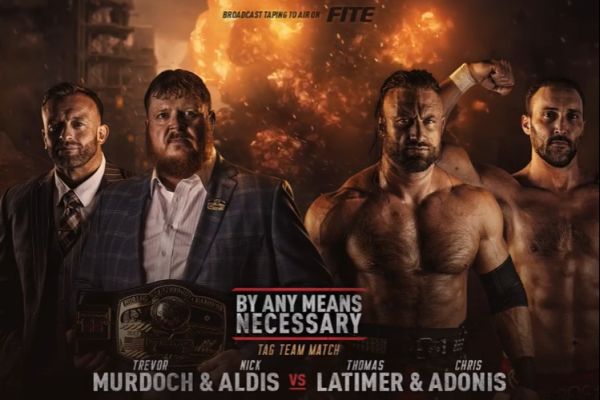 Joining forces with his opponent from NWA 73, Nick Aldis teams with NWA Worlds Heavyweight Champion Trevor Murdoch to take on Thom Latimer and Chris Adonis of Strictly Business. At NWA 73, Murdoch bested Aldis in the main event, ending “The National Treasure’s” second NWA world title reign at 1,043 days. Following this victory, on an episode of NWA Powerrr, Murdoch and Aldis showed mutual respect. Aldis believed that Murdoch was fit to be champion. The aforementioned show of respect didn’t go unnoticed by the other members of Strictly Business. This led to the group’s leader being violently expelled. The faction’s attack on Aldis, following a tag team match on Powerrr, was so severe that “The Dealer” needed to be stretchered out.

This Friday, Aldis makes his NWA in-ring return, teaming with Murdoch to take on two men that he once considered trusted partners. Despite being without a clear “leader,” Thom Latimer and Chris Adonis are still nothing short of dangerous. Latimer brings credibility as a former NWA World Tag Team Champion. In addition, Adonis is the current reigning NWA National Champion. Furthermore, one can’t count Kamille out of the question; she may very well interfere to give Latimer and Adonis the edge. On paper, as world championship athletes, Murdoch and Aldis make for one of the best duos the NWA can offer. A victory here is particularly imperative for Aldis, as it will ensure he gains retribution. 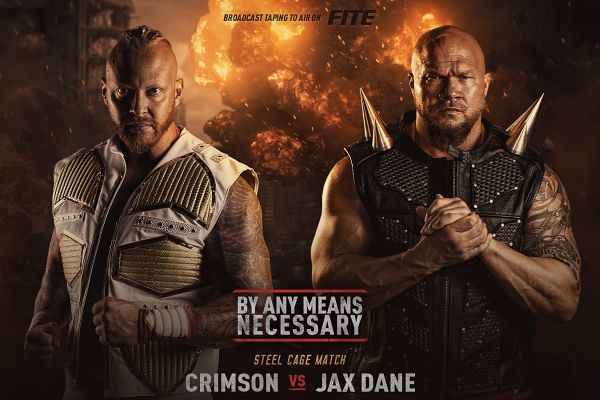 A Grudge of a Main Event

Though the main event of NWA By Any Means Necessary isn’t for a title, it’s still an important match all the same. Within the confines of a steel cage, Crimson and Jax Dane will do battle. Once upon a time, these men were a fearsome tandem, wrestling against multiple teams as The War Kings. Crimson and Dane saw success as a duo, winning Ohio Valley Wrestling’s Southern Tag Team Championship twice. In recent months, however, tension arose within the group. Effectively, this derailed any tag team success they could have seen in the National Wrestling Alliance. Matters boiled over during the opening match of NWA 73, where Crimson faced Thom Latimer and Tim Storm in “The Brawl in the Lou.” As Crimson made his entrance, Jax went on the attack, sending his former partner through a nearby ladder with the Death Valley Driver.

In the weeks that followed, it was evident that there was no love lost between the former War Kings. Case and point, on the September 14 episode of NWA Powerrr, Crimson and Dane engaged in a slap-focused standoff, officiated by Trevor Murdoch. Slaps soon turned into punches, which led to a full-on donnybrook to close out the episode. From this encounter, it was clear that no traditional match could contain their grudge. This led to their match at NWA By Any Means Necessary being held in a steel cage. Inside of this structure, both men can deliver punishment at a higher level. As stated earlier, this is a main event where title implications are nonexistent. Given the volatility of this feud, however, it’s easy to see why this match will close out this Friday’s in-ring offerings.

Stay tuned to the Last Word on Pro Wrestling for more on this and other stories from around the world of wrestling, as they develop. You can always count on LWOPW to be on top of the major news in the wrestling world, as well as to provide you with analysis, previews, videos, interviews, and editorials on the wrestling world. Tickets for NWA By Any Means Necessary are available via SimpleTix. A broadcast taping of the event will also air on FITE.