On July 19, 2016, World Wrestling Entertainment held its 2016 WWE Draft. This was designed to shake up the company’s TV programming, with Monday Night Raw and Friday Night SmackDown boasting unique rosters. One of the interesting wrinkles in this draft was the inclusion of NXT. This meant that wrestlers prominent on the black-and-gold brand could find themselves moving to the main roster. Stephanie McMahon and Mick Foley, Raw’s Commissioner and General Manager respectively, shook things up in a major way when they selected Finn Bálor as their third draftee. Little did fans know that this would set a major chain of events into motion leading to SummerSlam 2016 and the Universal Championship. 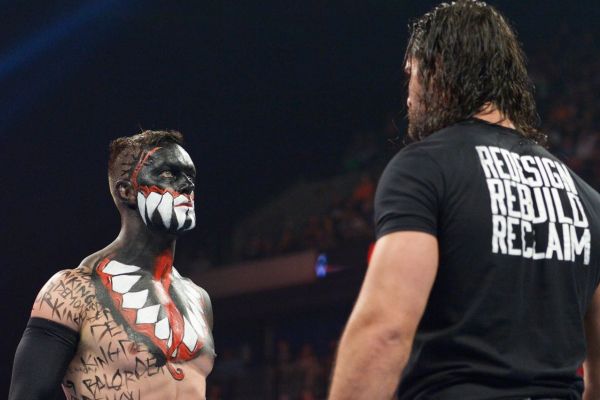 By this point, Dean Ambrose was the reigning WWE World Champion. SmackDown’s Commissioner, Shane McMahon, and General Manager, Daniel Bryan, smartly selected Ambrose as their first draft pick. This left Raw without a world champion to call their own. In response, Raw introduced their own top title: the WWE Universal Championship. It was also announced that the first Universal Champion would be crowned at SummerSlam 2016 in August. Seth Rollins, who was the first overall pick, immediately advanced. On the July 25 edition of Raw, two fatal four-way matches were scheduled; the winners of those matches would meet in the main event to determine Rollins’s SummerSlam opponent.

The first of these four-way matches saw the debuting Finn Bálor emerge victorious against Rusev, Cesaro, and Kevin Owens. Later in the show, in the second four-way bout, Roman Reigns overcame Sami Zayn, Sheamus, and Chris Jericho. The stage was set: between Bálor and Reigns, who would go to SummerSlam? Would it be Reigns, who was one of the top stars in WWE even back then? Would Bálor shock the world his first night on the main roster? In what was an incredibly competitive encounter, Bálor emerged victorious, picking up a clean win over “The Big Dog.” With this, Bálor punched his ticket to the Universal Championship match at SummerSlam 2016.

In the weeks leading up to SummerSlam, Rollins and Bálor confronted one another on numerous occasions. Rollins regarded himself as an innovator, such as becoming the first NXT Champion, a title Bálor would go on to win as well. Bálor retorted, saying that he earned his spot at SummerSlam while Rollins was handed his opportunity. Rollins continued to provoke Bálor, tauntingly beckoning his opponent’s well-known “Demon King” persona. Said body-painted persona made its first main roster appearance on the August 15 episode of Raw, one week before SummerSlam. Bálor laid out Rollins, making it clear that a Universal Championship for “The Architect” wasn’t a certainty.

On August 21, 2016, SummerSlam emanated from the Barclays Center in Brooklyn, New York. Before the match proper took place, Stephanie McMahon and Mick Foley stood in the ring to unveil the Universal Championship; aside from its crimson strap, it looked nearly identical to the WWE World Championship. Seth Rollins and “The Demon King” Finn Bálor made their entrances; the latter’s was more theatrical and captivating, especially to those that never watched NXT. The match began on a fast-paced note, with Bálor nailing a running dropkick on Rollins. It didn’t take long for the action to spill to the outside of the ring. It was here where Rollins hit Bálor with a powerbomb against the barricade; this would have major long-term implications, as we will discuss later.

The match continued in the ring, the fans in attendance at the Barclays Center chanting their displeasure at the new title’s design. Depending on who’s asked, these chants took away from the importance of the match in question. In any event, Rollins assumed control of the match, taunting Bálor all the while, even referring to him as “boy” on occasion. The former WWE World Heavyweight Champion hit a Frog Splash, though the upstart in Bálor stayed in the fight.

Rollins and Bálor continued to fight, exchanging big maneuvers. Case and point, when an exhausted Rollins nailed his opponent with an enziguri, “The Demon King” responded with a Pele King, sending both competitors to the mat. Rollins would attempt to wear down Bálor with a triangle choke. Bálor’s offense was both quick and hard-hitting, evidenced by such maneuvers as a double stomp to the back of Rollins. Bálor fought out of a Pedigree, which Rollins put multiple opponents away with in the past.

The match reached its conclusion when Bálor executed a running dropkick, sending Rollins into the corner. “The Demon King” followed up with a Coup de Grace for the pinfall victory. With this, not only did Bálor become the first Universal Champion – and Michael Cole noted this on commentary – he became the first male WWE Superstar to win a world title in his pay-per-view debut. 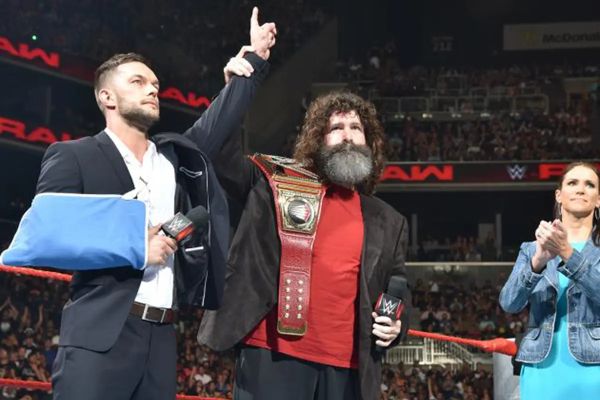 The Aftermath of SummerSlam 2016

What should have been the start of a career-defining title run ended before it could truly begin. During the SummerSlam 2016 match, Bálor suffered a torn labrum in his shoulder, which occurred following the aforementioned powerbomb against the barricade by Rollins. The following night, on Monday Night Raw, Bálor relinquished his newly won Universal Championship. WWE went to work to crown a new champion. From there, Bálor was taken off the road to recover and wouldn’t be back until early 2017.

Despite the makings of a solid initial run on the main roster, Bálor’s second run was seen as underwhelming by many. Granted, there were glimmers of greatness in this run, such as a stellar match against AJ Styles at TLC 2017 and two Intercontinental Championship victories. However, it was apparent that he was capable of much more. Even when there were multiple teases of Bálor joining his former Bullet Club allies Styles, Luke Gallows, and Karl Anderson, nothing came of them.

Following a loss to the debuting “Fiend” Bray Wyatt at SummerSlam 2019, Bálor returned to NXT. It was here where he re-established himself as a top star in the process, developing a new personality and a second NXT Championship run to go with it. This past July, on an episode of Friday Night SmackDown, Bálor returned to the main roster once again.

The 2016 WWE Draft, as mentioned earlier, was designed as a shakeup. In addition to established main roster talent being exchanged between Raw and SmackDown, up-and-comers from NXT were given platforms to show their capabilities. At least at the onset, no one benefited from this more than Finn Bálor. From his first night on Raw, he was treated as a top-tier talent. He held his own against and even defeating some of the very best WWE had to offer. Simply put, his victory at SummerSlam 2016 cemented his status. While his Universal Championship reign ended in seemingly the blink of an eye, the impact of the moment can’t be downplayed.