Arguably the biggest highlight in the WWE (and throughout the entire pro-wrestling business) over the past six months has been the arrival of the Tribal Chief, Roman Reigns.  Indeed, since switching from Big Dog to Head of the Table; since abandoning a yard for an island, Roman Reigns has come on leaps and bounds to become must-see television.  Reigns has the look and the talk; he has the ability and he has Paul Heyman.  In short, he has all the makings of a top tier heel within professional wrestling.  Perhaps what is being lesser referred to is that Roman Reigns also has the perfect opponent in a rejuvenated Kevin Owens. 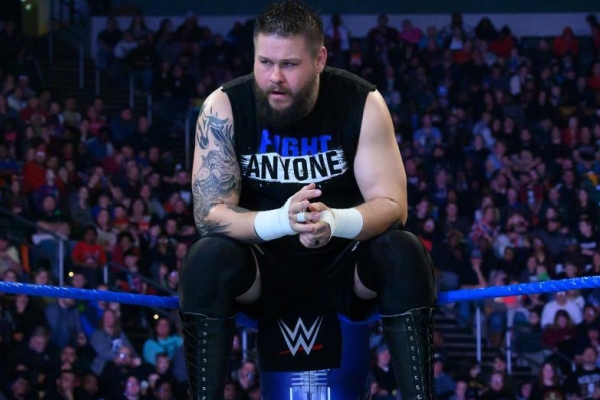 In something of an unforeseen role reversal, Roman – who for years had succeeded John Cena as WWE’s resident Superman – has become WWE’s top heel.  On the other side, Kevin Owens – an almost career-long heel (certainly within the WWE) – has become the top babyface on SmackDown, leading the resistance against the despotic Reigns.  For all the (fully deserved) praise of Roman Reigns in his new role, Owens must also be credited for both his work in making himself a sympathetic babyface you want to root for and for doing the opposite for Reigns.

In short, they are a match made in heaven and it can certainly be argued that both men were miscast for years in their reversed roles – only now finding their correct paths.  They have benefited – as well as complemented – each other in rivals and given Roman has been the undisputed top guy for a number of years, it must be said that Owens is the one to have gained most from the feud.  Let us take a look at how.

To say Kevin Owens has been a flop on the main roster would be largely unfair.  He is a former WWE Universal Champion, which alone makes him one of the most successful NXT call-ups to date.  This is despite Owens not possessing the traditional, polished look one might expect Vince McMahon to demand in a World Championship caliber superstar.  Indeed, despite Owens’ look – that being the stocky frame, unkempt beard and “normal” height – he has become an almost universally beloved star behind-the-scenes, even with Vince himself who, given his past on-screen feud with Owens (including that headbutt), clearly trusts Owens as a top-level performer.  However, despite the acclaim both with his fellow peers and ruling brass alike, it could be said Owens had underachieved. 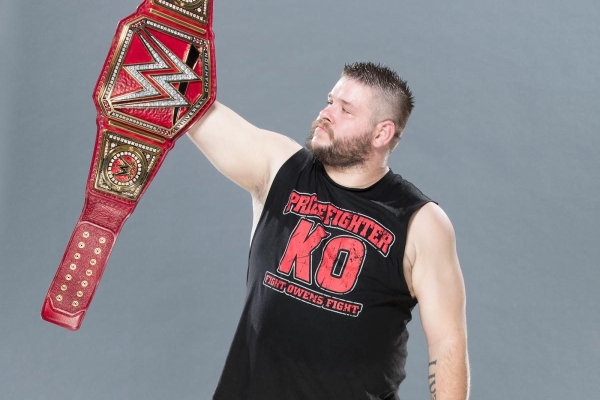 Owens officially signed to NXT in August 2014 to much fanfare.  In the absence of Bryan Danielson, CM Punk, Claudio Castagnoli, Jon Moxley, and even close friend El Generico, who signed with WWE as Sami Zayn almost two years earlier, the then Kevin Steen had become the coveted “King of the Indies”.  He embarked on a warpath of mesmerizing matches, culminating in an exceptional Ring of Honor run which saw him hold the ROH World Championship for little under a year.  His arrival to NXT, therefore, was greeted with cheers from “hardcore” fans.

Of course, his NXT run would prove to be similarly successful, as he headed the black and yellow brand during what is often considered a Golden Era.  He held the NXT Championship for 143 days before dropping it to Finn Balor in Japan, this coming after Owens had already made an impact on the main roster in May of 2015; accepting Cena’s US Open Challenge, only to blindside him and later defeat him at Elimination Chamber.  Whereas Cena would (of course) win the rematch at Money in the Bank, there was no disputing Owens’ talent both in the ring and on the microphone; the latter skill perhaps being the one which endeared him to Vince McMahon.

This is something of a crime, given Owens’ undisputed ability; his likability and his work as a top heel, evidenced throughout his feud with both Shane and Vince McMahon.  Perhaps, then, it was a peculiar decision when Owens turned babyface in July 2019 – aligning with The New Day against Shane McMahon (now a heel), Dolph Ziggler and Drew McIntyre.  There were fans claiming at the time that this was a mistake – that Owens is such a top-level heel that the decision to turn him face was simply maddening.  This was a fair argument, but completely unjustified.

During his feud with Jim Cornette in Ring of Honor, Steen was an excellent babyface of the Stone Cold variety.  He fits so well as the anti-establishment figure, fighting to provide for his family.  Since the 2019 face turn, it has taken a while – some absences from Owens because of injuries and the pandemic may have halted his momentum – for Owens to pick up steam.  However, the feud with Reigns has allowed him to do just that and whereas making these kinds of comparisons is never healthy, it is clear to see that WWE creative has gone all-out to make this feud something resembling the highs of Stone Cold Steve Austin versus Corporation Rock.

The slow, drawn-out process of Roman Reigns taking over SmackDown; acquiring members along the way (Jimmy Uso, Paul Heyman, Apollo Crews) certainly has that Austin/Rock feel.  Kevin Owens leading the resistance similarly does the same.  However, this is a new feud for the 21st century; one which is proving to be some of the best WWE television in years.  Whereas Roman Reigns has benefited enormously from his character’s new direction and deserves all plaudits coming his way, let us not forget Kevin Owens’ role in the feud and hope he continues his rejuvenation to the point of reclaiming a first world championship in five years.