It’s time for “The Biggest Party of the Summer.” Live on a rare Saturday night will be SummerSlam, airing live from Allegiant Stadium in Las Vegas, Nevada. WWE has put together one of their best cards from top to bottom all year with their title matches set to deliver most of all. The main event is a match years in the making as the Universal Championship will be on the line between Roman Reigns and John Cena. Here are the SummerSlam predictions and card preview for Saturday.

Edge and Seth Rollins have had beef now for seven years. Back to the days of Rollins being in The Authority, Rollins utilized the surgically repaired neck of the then-retired Edge to make John Cena allow The Authority to come back into power. Edge has made it clear that he does not forget that and he also doesn’t forget the fact that Rollins cost him his match against Roman Reigns at Money in the Bank. The prospective match between these two at SummerSlam is one that fans have hoped for since the moment Edge stepped back into the ring. The bad blood between these two should lead to a chaotic match where traditional wrestling is abandoned to hurt one another. Both men want the Universal Championship and a win here seemingly gives them their opportunity to get it. 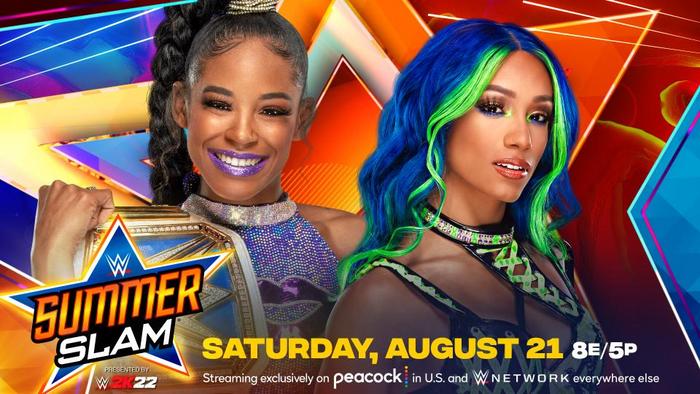 A WrestleMania rematch that everyone is looking forward to. Sasha Banks made her return to SmackDown to get back what she lost — the SmackDown Women’s Championship. Bianca Belair defeated her in the main event of WrestleMania night one earlier this year in one of the best WWE matches all year. They made history unlike ever before but that doesn’t mean it’s enough for “The Boss.” Banks has vowed to take back her championship, showing the attitude that for her to the title in the first place. Belair and Banks only scratched the surface in terms of the magic they can deliver in the squared circle so expect this one to be more fierce, rough, and personal. Exceeding expectations is something they have done before so why not do it again at SummerSlam? This will be special. 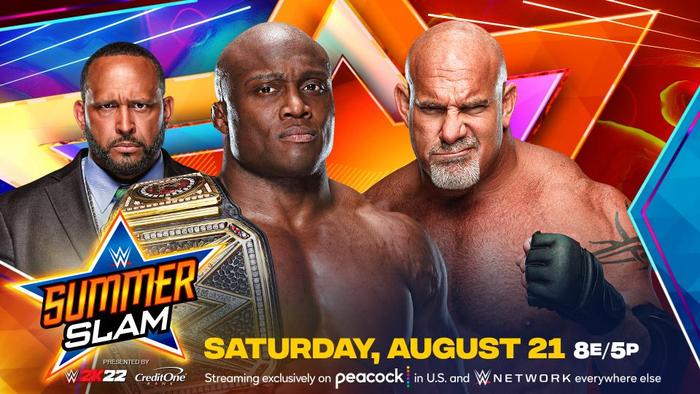 Bobby Lashley versus Goldberg with the WWE Championship on the line. A match that won’t be a long one, but could be a good one. Since the return of Goldberg in 2016, Goldberg has worked incredibly well with the bigger guys who can match his intensity and power. Lashley happens to fit that mold to perfection. There isn’t a story to this one. It’s simple. Goldberg wants to win the WWE Championship while Lashley doesn’t view him as a reasonable challenger. Lashley has gone far enough to state that he is going to destroy the WWE Hall of Famer. On the go-home edition of Raw, Goldberg destroyed Lashley with a Spear to get the last laugh. The last time we saw someone get the last laugh against Lashley heading into a championship match, Kofi Kingston got destroyed.

These two aren’t going to reach five minutes in the ring but will hit each other with everything they got in what is a clash of the titans. 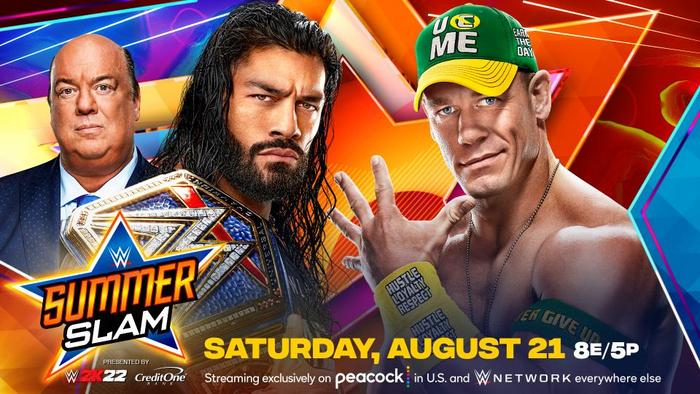 Roman Reigns has been unbeatable. “The Fiend,” Braun Strowman, Jey Uso, Kevin Owens, Daniel Bryan, Edge, Cesaro, and Rey Mysterio have all fell to “The Head of the Table.” Reigns has steamrolled through everyone put in front of him on the SmackDown roster. There was no one left for Reigns to try and conquer. That, of course, was until John Cena made his return at the conclusion of Money in the Bank to shock the pro wrestling world. “The Tribal Chief” was not feeling it and instead wanted to face Finn Balor. As we know now, that match will not be happening with Cena stealing the contract and signing on the dotted line. It presents the most intriguing and potentially historic match of the year in WWE.

WWE has presented this one as “The Greatest of His Time” versus “The Greatest of All Time.” They understand how huge a match this is and all eyes will be on it. Can Cena bounce right into the title picture and break the all-time record for world championships with number 17? A tall task, even for Cena. Reigns has not missed and reached a level he has never been before. If anyone is going to knock him off of it, it’s Cena. They’ve had one singles match against each other at No Mercy in 2017, which saw Reigns walk out the winner. Neither man forgets that which only adds fuel to the fire. It should be a special match where the wrestling world stands still to watch. Prepare for anything. Take in how special this moment is. It may never happen again.