Cristiano Ronaldo expressed his concerns surrounding club captain Harry Maguire and his performances throughout last season to the then interim manager of Manchester United Ralf Rangnick.

When Ronaldo returned to #MUFC, he was surprised how little the club’s infrastructure had changed since 2009. His internal criticism of the club’s sauna and swimming pool led to interim refurbishments of those facilities. https://t.co/GnKwrwzBgn

He Suggested His Club Captain Should Be Demoted to the Bench

According to The Athletic, Ronaldo and a number of teammates held a meeting with Ralf Rangnick. Ronald: “stated his view that Maguire should be demoted to the bench after a series of under-par showings”, he then went on to add that he: “believed Maguire was part of the problem.”

2021/22 for Manchester United: A Season of Turmoil and Disappointment

In the 2021/22 Premier League campaign, United completed their worst season since 1990; achieving only 16 wins, 58 points and finishing with a goal difference of zero. Clean sheets were also near enough impossible to come by as United conceded 57 goals in total – the most since the 1978/79 season.

The expectations heading into the season were high for the supporters after the club saw the return of former player and five-time Ballon d’Or winner Cristiano Ronaldo, as well as four-time Champions League winner Raphael Varane signing from Real Madrid. The Reds, again, failed to reinforce the positions that fans felt needed strengthening the most; defensive midfield and central defence.

Despite the new arrivals and the attackers proving their prolific goal-scoring ability, starting the season with a 5-1 win against Leeds United and defeating Newcastle United 4-1, things just weren’t clicking for Ole Gunnar Solskjaer’s men. United then saw a month of fixtures result in only one point and were thrashed 5-0 at Old Trafford to rivals Liverpool, showing worrying signs of the embarrassments yet to come. 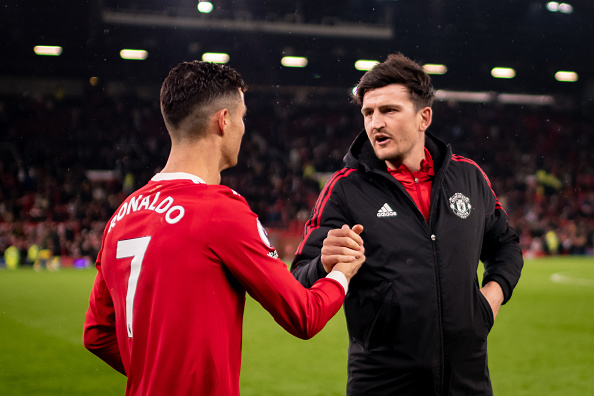 Please Don’t Take My Solskjaer Away

November 20, 2021 brought the end of Solskjaer’s managerial reign over the Red Devils. It was announced shortly after a 4-1 loss to newly promoted Watford and German coach Rangnick took charge until the end of the season, as the United board began their search for a permanent manager.

A change in tactics and morale worked initially for the Manchester side, but it wasn’t long before the glaring cracks started to show again. The side fell victim to even more significant defeats, including a 1-0 loss to relegation candidates Everton, 4-0 loss to Liverpool, 3-1 at the Emirates Stadium, 4-1 against rivals Manchester City and 4-0 to Brighton & Hove Albion. The Reds were eliminated from all domestic and European competitions by March and finished the league in sixth place.

Whilst it’s difficult to pinpoint an exact cause of the abysmal showing of United throughout the season, a considerable weakness was always the defence. Varane struggled to maintain fitness as he adjusted to his move to England, so it was a pairing of Harry Maguire and Victor Lindelof that were regularly deployed at centre-back.

Maguire has failed to ever really live up to his £80 million price tag, yet was always guaranteed his place in the starting line-up. Until lately, when the arrival of Lisandro Martinez has made Erik ten Hag reconsider his defensive options and consequently leave the Englishman taking a two-game stint on the bench – and it’s hard to see where he may fit in again, as the Argentine and Varane look a successful pairing.

Ronaldo’s Return Wasn’t All It Cracked Up to Be

On the other hand, Ronaldo was also not entirely innocent in the club’s demise last season. He did finish the campaign as the club’s top goal scorer with 24 goals in all competitions, yet often offered lacklustre performances on the pitch and failed to make an impact in numerous performances – a factor which Ten Hag clearly picked up on, since the forward has also started the last two matches as a substitute.

Both Maguire and Ronaldo could be in for a long season ahead and they have to be prepared to prove their worth and fight for their places in the starting lineup, an element which is no longer guaranteed for them.