Leeds United’s second season back in the Premier League following a 16-year hiatus is certainly going to be a season that fans are unlikely to ever forget. With a ninth-place finish on their return to the top flight, expectations were high for the club. However, the Yorkshire club faced a difficult season and there is one moment in particular that will likely have been a tough one to swallow for Leeds fans. Here is our Leeds United season review.

Following their ninth-place finish in the 2020/21 season, Leeds waved goodbye to a number of players whose contracts expired, including Pablo Hernandez, Gaetano Berardi and Ezgan Alioski, who all played a big part in the club’s 2019/20 promotion campaign. To replace Alioski at left-back, they brought in Junior Firpo from Barcelona for £13 million.

While Firpo was out-of-favour at the Camp Nou, after only managing 24 appearances across two seasons, there was excitement about bringing a player of his calibre to the club, especially as left-back was a position of need. Unfortunately, Firpo has largely struggled in a Leeds shirt and has yet to live up to the billing when he was brought over from Spain.

Other additions to the first-team squad were Jack Harrison, who joined the club permanently following three seasons on loan from Manchester City, as well as long-time target, Dan James, who joined from rivals Manchester United for a reported £25 million. The 24-year-old Wales international has featured heavily at Elland Road this season, making 32 appearances since his arrival, however, many of those features have come as a striker due to injuries to key-man Patrick Bamford. 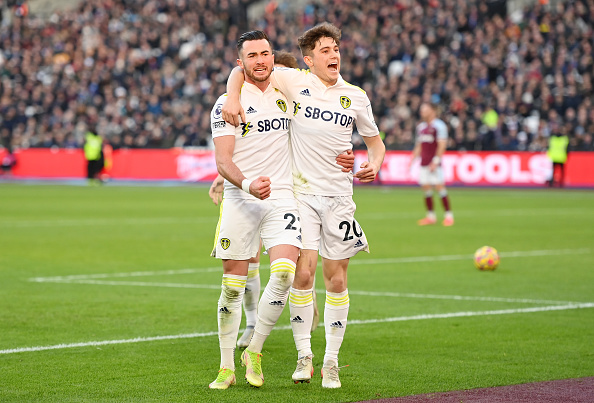 It’s no secret that Leeds have struggled with injuries this season, with key players Patrick Bamford, Kalvin Phillips and captain Liam Cooper all missing significant time due to injuries. Bamford, who managed 17 Premier League goals last season, only managed nine appearances for the club all season.

To make matters worse, all three players were substituted due to injury in the same game, a clash against Brentford on December 5, 2021, and they all missed more or less the same stretch of fixtures. This left the club missing three of its key players for a significant part of the season, resulting in the team conceding 39 goals in 14 games and managing only three wins during that stretch.

Despite the injuries to key players, Leeds were relatively quiet during the January transfer window. The only signing to arrive at Elland Road was young striker Mateo Joseph from Espanyol who was signed for the U23 team.

The club were linked with a number of players, including Huddersfield Town’s Lewis O’Brien and Liverpool’s Takumi Minamino, however, nothing materialised. The only known bid for a player during the January transfer window was for Red Bull Salzburg’s Brenden Aaronson. The Austrian club reportedly rejected two bids of £15 million and £20 million from Leeds.

Leeds did manage back-to-back wins against Burnley and West Ham United in January 2022, proving that there was enough talent in the squad to compete. However, with a depleted squad due to injuries, the club only managed to take one point from five games in February, leading to a divisive moment in the club’s season. 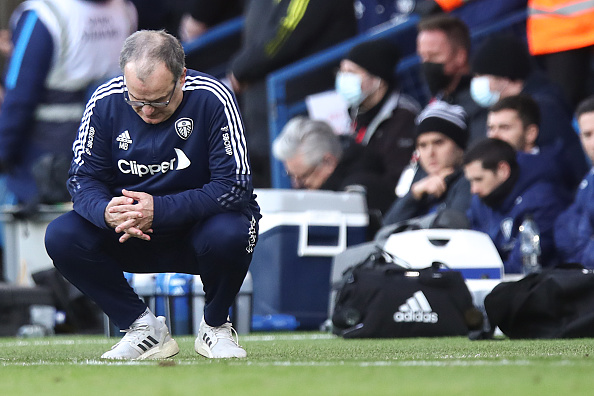 Leeds parted ways with manager Marcelo Bielsa on February 27, 2022, following a 4-0 defeat to Tottenham Hotspur. The club sat 16th in the table at the time after managing only five wins all season. However, despite the poor results and precarious league position, the decision to part ways with the Argentinian was met with mixed feelings and raised eyebrows.

During his time at Leeds, Marcelo Bielsa became revered by fans, not only for his tactics and footballing pedigree but also for the way in which he changed the culture of a club that had been down on its luck. The Argentine dragged the club out of the perpetual merry-go-round that is the Championship and did it largely with players that were already at his disposal.

With an exciting attacking style of football that had helped secure victories over Manchester City, Tottenham and Leicester City in the season prior, Bielsa had earned admiration for what he had achieved with the Yorkshire club. Sadly, Leeds were unable to reproduce the same results in their second season back in the Premier League and the board made the difficult decision to part ways with the beloved manager.

Brought in to replace Bielsa was former Red Bull Salzburg and RB Leipzig manager Jesse Marsch. With only 12 games of the season remaining, the American was tasked with keeping Leeds out of the relegation zone.

Much like the decision to part ways with Bielsa, the decision to appoint Marsch was met with scepticism. Marsch lasted less than six months as manager of Leipzig before agreeing to part ways, with the club sitting 11th in the Bundesliga and looking set to miss out on Champions League football.

Operating with a similar high-intensity press that the club used under Bielsa, Marsch managed to guide Leeds to seven points in his first five games in charge before the final international break of the season. Leeds had now opened up a gap on relegation rivals Burnley and Everton.

The Leeds United season review wouldn’t be complete without a dramatic ending. The club continued their good run following the international break, with draws against Southampton and Crystal Palace, as well as a crucial victory over Watford. However, despite opening up a gap, Leeds faced a tough run of games to finish the season and losses to Manchester City, Arsenal and Chelsea, as well as turns in form for both Burnley and Everton, left Leeds in the relegation zone for the final two games of the season.

Leeds managed to pull themselves out of the relegation zone in after their penultimate fixture of the season, with a 1-1 draw against  Brighton & Hove Albion at Elland Road. Safety was only short-lived, however, as a 1 -1 draw for Burnley against Aston Villa on Thursday, May 19 saw Leeds fall back into 18th based on goal difference.

This set up a dramatic final day in the Premier League that saw Leeds needing to better Burnley’s result in order to secure their survival. Leeds travelled to Brentford, whereas Burnley hosted Newcastle United. Leeds were able to do their part, beating Brentford 2-1, with help from a Sergi Canos red-card and a dramatic winner in the 94th minute via winger Jack Harrison. The game at Turf Moor also finished 2-1 to Newcastle, which sealed Leeds’ survival in the Premier League and sent Burnley down to the Championship next season. It was a dramatic finish to the season that is unlikely to be forgotten by Leeds fans for many years. 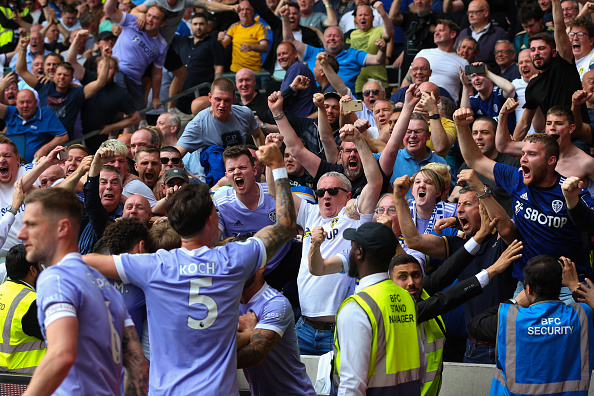 Looking Ahead to Next Season

It didn’t take long for Leeds to begin preparations for the 2022/23 season, as the club announced the signing of Brenden Aaronson, a player they tried to sign in January. The USA international played for Marsch previously when the latter was still managing Salzburg during the 2020/21 season.

With reports that Brazilian winger Raphinha could be leaving the club, Leeds will likely be looking at replacements should the 25-year-old leave Elland Road. Leeds-born Kalvin Phillips has also been linked with a move away from the club, with both Manchester City and Manchester United interested in the midfielder. If both players depart then Director of Football, Victor Orta could have a busy summer ahead.

The injuries to Patrick Bamford this season may also prompt the club to look for a solid backup centre-forward that can spell Bamford when he’s not healthy. However, youngster Joe Gelhardt looks to have played his way to more minutes with his heroic performances this season.

Whatever happens with Phillips and Raphinha this summer, the club will be looking to avoid a repeat of this season at all costs. Therefore, it may be time for the club to get the chequebook out and strengthen the squad. Signing Aaronson is a very good start.