This Sunday, on July 17, Game Changer Wrestling returns to San Francisco, California for GCW Back 2 the Bay. Live from The Midway, this event features several notable stars under the independent wrestling umbrella. This also marks the second time that GCW has held an event within said venue, the first time being for Devil in a New Dress this past April. If you’re a local in the area or looking to make the trip, the scheduled card appears promising. However, in the event that you’re unable to attend in person, the action will air live on FITE. Take a deeper look at the action to expect on Sunday evening.

GCW Back 2 the Bay – Full Card 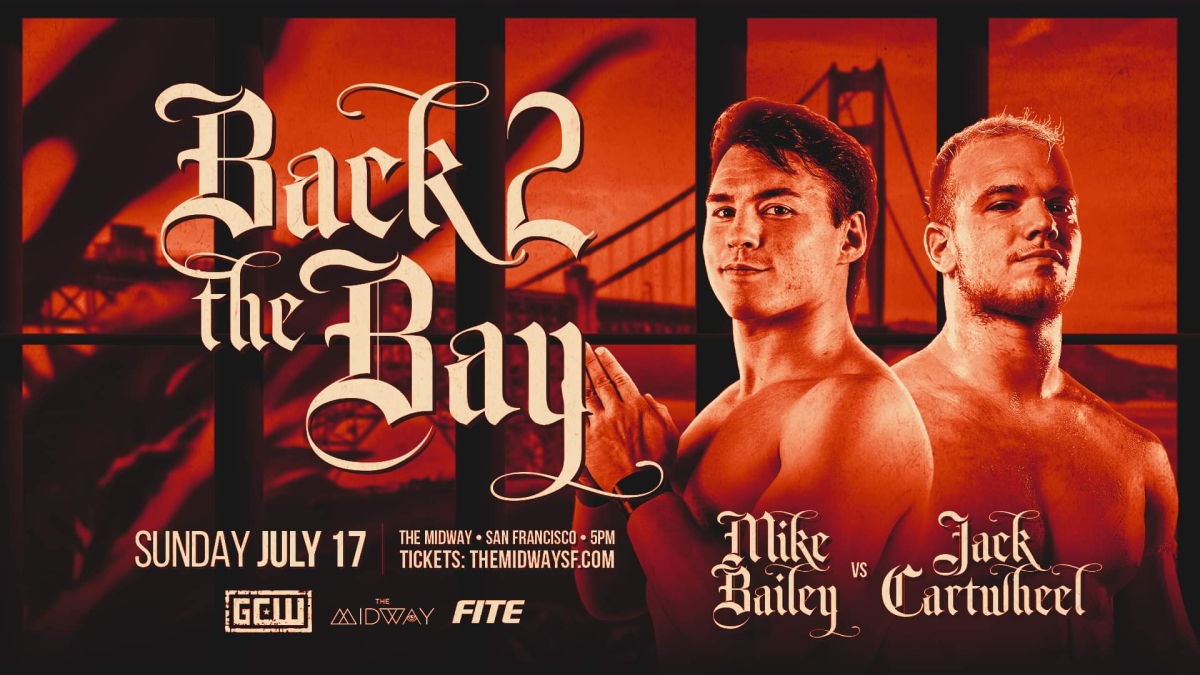 The Speedball and Cartwheel Clash in First-Time Encounter

For the first time ever, “Speedball” Mike Bailey faces an acrobatic competitor in his own right in Jack Cartwheel. To say that the Quebec-born Bailey has been busy on the independent scene would be an understatement. Most recently, at Pro Wrestling Guerrilla’s PWG Nineteen event, he picked up an impressive victory over All Elite Wrestling star Buddy Matthews. Outside of this, he’s the current X-Division Champion in IMPACT Wrestling, capturing the gold at Slammiversary last month in the famed Ultimate X contest. Given “Speedball’s” trademark athleticism and agility, there are few stars on the independent level as worthy of holding the X-Division title as him. At GCW Back 2 the Bay, he’ll have to be at the top of his game as he takes on Cartwheel.

With roughly 3 years of experience under his belt, it’s safe to say that Jack Cartwheel still has some way to go in his career. However, in his short career thus far, he’s turned many heads. This is largely due to his feats of athleticism, including his trademark cartwheel off the top rope. While he’s been a fixture in West Coast indie wrestling, especially in his home state of California, he recently branched off to compete in Mexico, including Lucha Libre AAA Worldwide. Cartwheel’s hustle can’t be denied, but hustle alone won’t take him higher in wrestling. Notable victories matter and a win over Mike Bailey this Sunday would result in considerable momentum. Expect breathtaking feats when Bailey and Cartwheel clash for the first time. 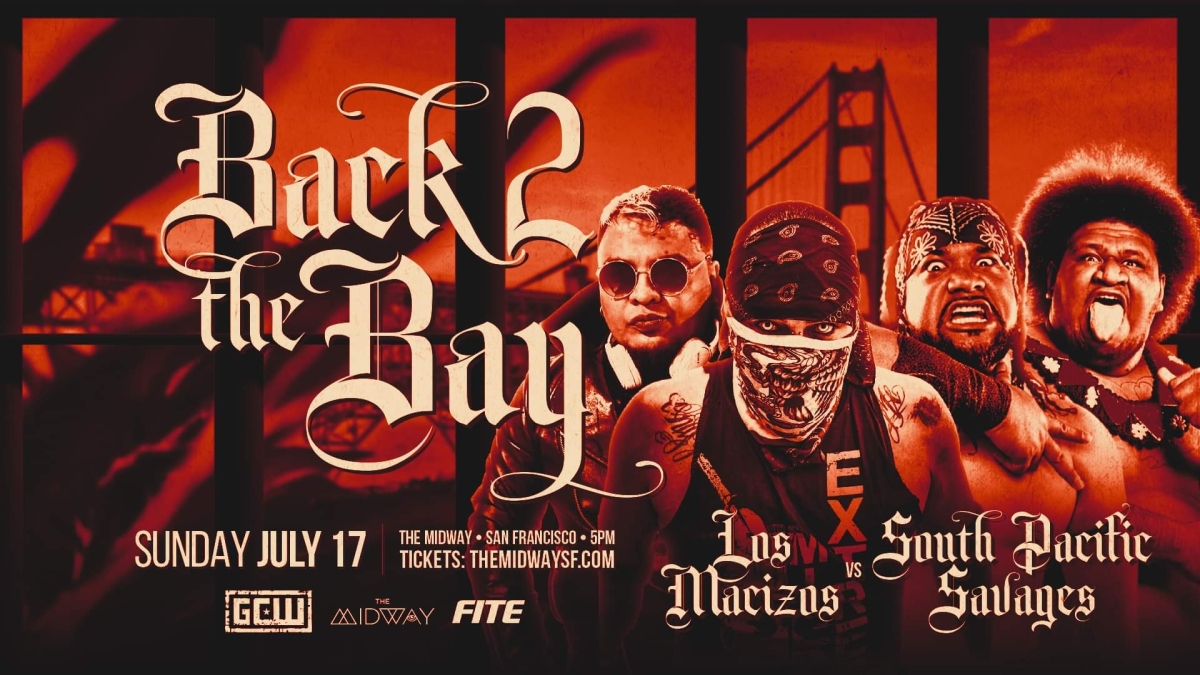 Also scheduled for GCW Back 2 the Bay is what appears to be a promising tag team contest between two game tandems. This Sunday, Ciclope and Miedo Extremo, collectively known as the deathmatch duo Los Macizos, will face Juicy Finau and Jacob Fatu, the South Pacific Savages. Both tandems have made their share of appearances at GCW events; while the South Pacific Savages have been appearing since last year, Los Macizos competed for the company, as a team, as far back as 2017. On paper, this will be an interesting match-up given not only the aforementioned deathmatch style of Ciclope and Extremo but the more powerhouse-focused approach of Fatu and Finau. The question remains, which team walks out of The Midway victorious?

It’s important to note the victories of both teams. In terms of teamwork, Los Macizos have held tag team gold in Black Mask Lucha Libre, Lucha Libre Vanguardia, and even GCW, the latter reign lasting well over 1,100 days. On the flip side, the South Pacific Savages aren’t nearly as decorated from a tag team perspective. With that said, these Major League Wrestling regulars have a few accomplishments to boast. This is particularly true for Jacob Fatu who, from 2019 to 2021, was MLW World Heavyweight Champion for 819 days. Additionally, this past March, he captured West Coast Pro Wrestling’s world title from GCW regular AJ Gray. Regardless of which team wins at Back 2 the Bay, expect both teams to leave everything they have on the mat.

Stay tuned to the Last Word on Pro Wrestling for more on this and other stories from around the world of wrestling, as they develop. You can always count on LWOPW to be on top of the major news in the wrestling world, as well as to provide you with analysis, previews, videos, interviews, and editorials on the wrestling world. GCW Back 2 the Bay is set to air Sunday at 5 PM PDT on FITE. Tickets are also available via Tixr.