Women’s Wrestling Revolution Plus appears to be back in full swing with their own shows and not just the supershows with Beyond Wrestling, as this is the second month in a row with a WWR+ show on a Sunday afternoon. The card for WWR+ The (Littlest And) Meanest Of Times is fairly well packed from top to bottom with six announced matches and several more likely to be added along the way.

WWR+ The (Littlest And) Meanest Of Times – Full Card 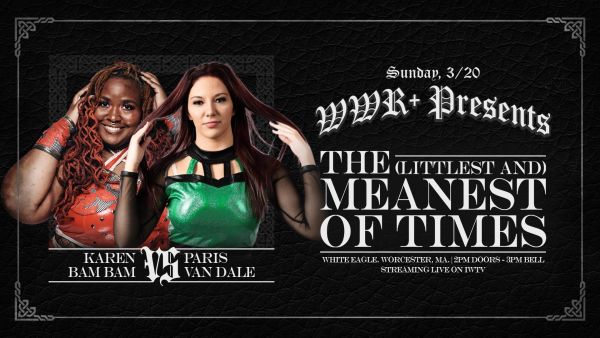 This is an intriguing match-up because Karen Bam Bam has been wrestling for a little while but is just starting to make her way into Beyond/Wrestling Open/WWR+, so she feels relatively new. At the same time, Paris Van Dale is relatively new and has especially been breaking out on her own recently since going the singles route without Armani Kayos. Though Bam Bam should rightfully win this match, there are the potential underhanded tactics of one PVD which might prevent that. 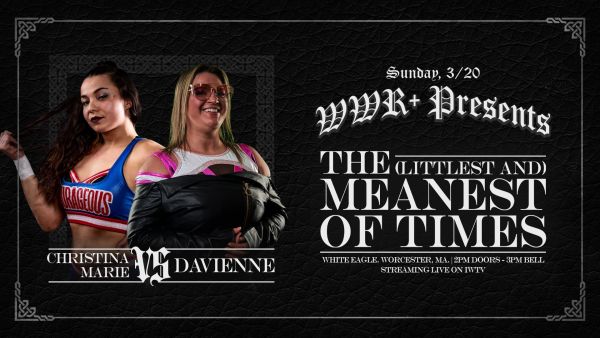 Christina Marie has been around for longer than it seems; it’s just that now she seems to be getting her name out there more, where once someone might have not heard of her now she is popping up on many big-time cards. This is going to be the story, though, of Davienne playing gatekeeper as Marie looks to prove that she belongs on a bigger stage. Marie is a former Immortal Championship Wrestling Women’s Champion and she even made it to the semi-finals of the Capital Championship Wrestling tournament where she lost to Willow Nightingale. This match should be tough and, though Davienne feels dominant, Christina Marie has a fighting chance. 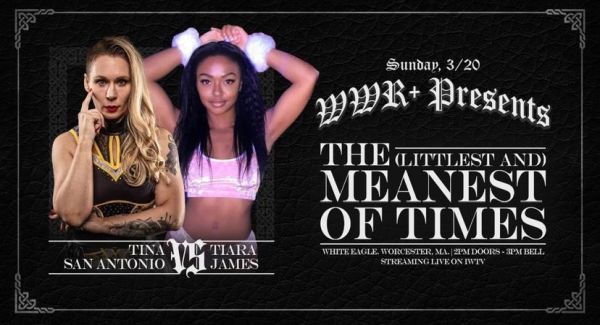 Speaking of gatekeepers, it feels like Tina San Antonio is becoming somewhat of a gatekeeper herself with matches against the younger, debuting wrestlers both on the last show and this one. The difference this time, however, is that Tiara James doesn’t seem to have her head in the clouds; as such, she should be able to counter the mindset of San Antonio. Last month, San Antonio literally won the match because her opponent went for a move that put her own shoulders down to the mat for the pinfall. Tiara James doesn’t seem like she will make that same mistake, though Tina San Antonio also likely has some tricks up her sleeve. 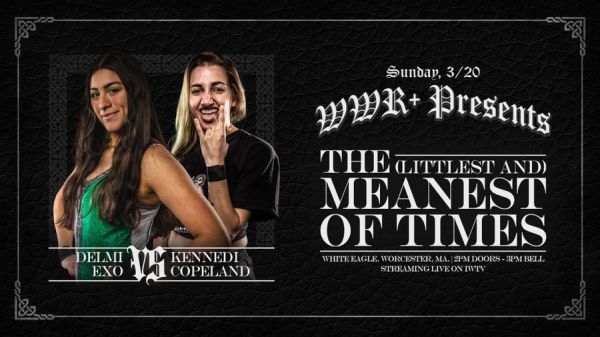 Delmi Exo has come back with a new sense of purpose and aggression, something that Little Mean Kathleen found out more than anyone else last month. Kennedi Copeland is one of the single toughest wrestlers in the world today, so as much as Exo wants to rage and dish out the punishment, her opponent might just absorb it with a smile on her face and ask, “is that all you got?” This match is going to be violent in many different ways and for that, the audience members are the clear winners. 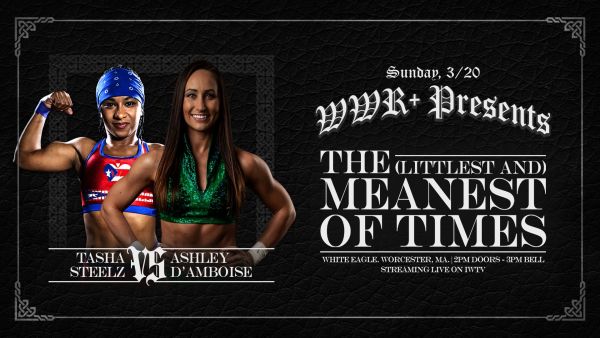 If you’re unfamiliar with WWR+ and wish to think about it in the sense of classic WWE wrestling, Ashley D’Amboise is definitely the Bret Hart of WWR+. Tasha Steelz is the current reigning IMPACT Wrestling Knockouts Champion and, much like Allie Katch last month, she is something of an outsider here. Steelz is, simply put, one of the best in the world today. D’Amboise is slowly becoming that, though, having instant classic matches with many of the top stars in wrestling right now. This is becoming the year of Ashley D’Amboise and, sooner than later, she will be in her own Knockouts title match. 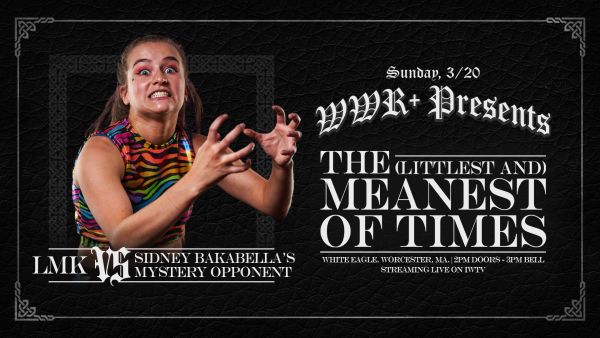 LMK vs A Mystery Opponent

This is a show named after Little Mean Kathleen and, as such, she will face a mystery opponent who is promised to be “huge.” The idea of surprises like this is always a positive because if it turns out to be someone like Mia Yim, fans may complain, “Oh, I would’ve gone if I knew Mia Yim was going to be there”– no, you wouldn’t have. So it serves as a treat of sorts for those who are in attendance and watching at home and if you have any doubts about whether this element of surprise should have you leaning towards the idea of buying tickets and taking the ride here. The idea of who this mystery opponent could be to face Little Mean Kathleen ranges from any number of options, but it is likely to be an uphill battle for LMK, facing the unknown. LMK has also had open challenges in the past that worked in her favor, so this might also go her way. 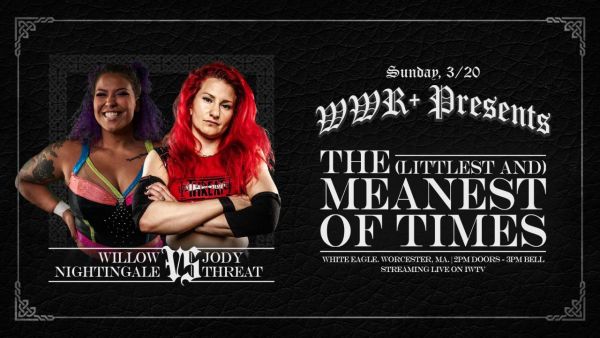 Last month, with the rights to Uncharted Territory on the line, Willow Nightingale lost her match against AC Mack; thus, the next season of Uncharted Territory will begin in the South. Jody Threat also found herself on the losing end last month, with a loss to Ashton Starr and the referee not seeing her feet on the ropes. In some ways, Nightingale and Threat should be a tag team and take on Mack and Starr. Instead, at The (Littlest And) Meanest Of Times, they will be fighting. The Wild Child brings her crash-and-burn style to face The Babe With The Power and Queen of Strong Smile. This is the type of main event worth going out of your way to see because it can only deliver greatness.

The (Littlest And) Meanest Of Times takes place on Sunday, March 20, 2022, live from Worcester, MA, and streaming on IWTV. For tickets and more information, please visit ShopIWTV.com.

Stay tuned to the Last Word on Pro Wrestling for more on this and other stories from around the world of wrestling, as they develop. You can always count on LWOPW to be on top of the major news in the wrestling world. As well as to provide you with analysis, previews, videos, interviews, and editorials on the wrestling world. Catch all of these matches and more indie wrestling promotions on IndependentWrestling.TV.