Tokyo Joshi Pro-Wrestling’s biggest show of the year, TJPW Grand Princess ’22, takes place on March 19 at Ryogoku Kokugikan with huge title matches and big names returning. For the first time ever, each match even has its own promo poster to signify how huge this event is for them. 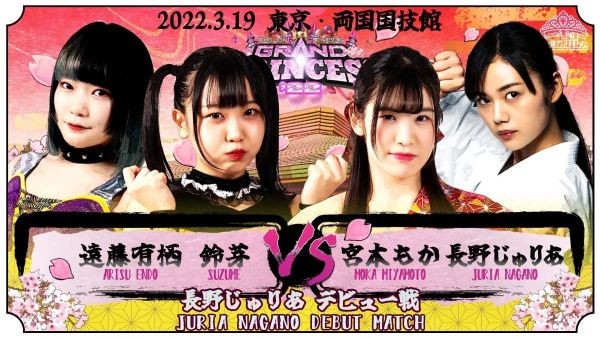 Suzume and Arisu Endo vs Moka Miyamoto and Juria Nagano

TJPW Grand Princess ’22 kicks off with the debut of Juria Nagano, the newest member of TJPW who has been training hard to get to this point. The past few wrestlers who debuted with TJPW have shown such quick progress, one of them including Arisu Endo, so this already puts Nagano in interest. Debuting on one of the top shows in the company is a big start, but it shows how much trust they put in their rookies. Hopefully, this goes smoothly for the newcomer. 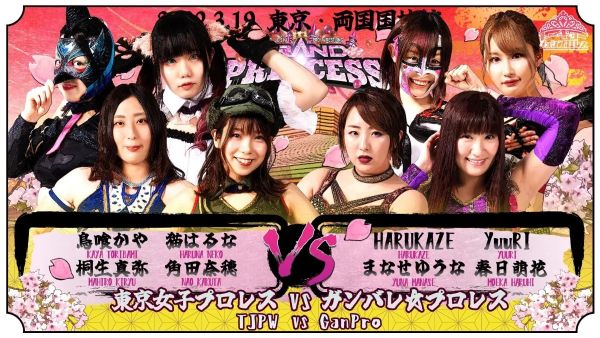 Yuna Manase returns to TJPW and she isn’t alone; she’s going to be joined by the other members of Ganbare Pro: Moeka Haruhi, HARUKAZE and YuuRi. Since leaving TJPW, Manase has made GanPro her baby, helping with the growth of not just the brand but the talent as well. They certainly aren’t going to be an easy match for the TJPW roster involved in this. but for those who haven’t seen anyone from GanPro before then. fans are in for a treat. 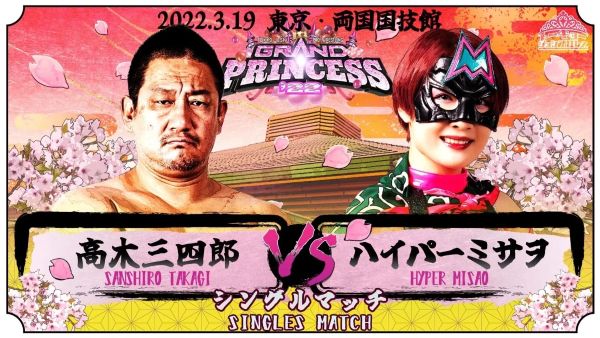 A feud that has been building for a long time finally comes together. One of the most chaotic members of TJPW has been wanting to get her hands on the owner of DDT Pro-Wrestling, Sanshiro Takagi, for a while and, as promised, this match will live up to the tagline of “it won’t be a normal match.” If this match spends any amount of time in the ring, it’ll be a surprise, as both wrestlers are known for taking the fight to the outside which makes sense; it’s pretty difficult to ride a bike in a wrestling ring. 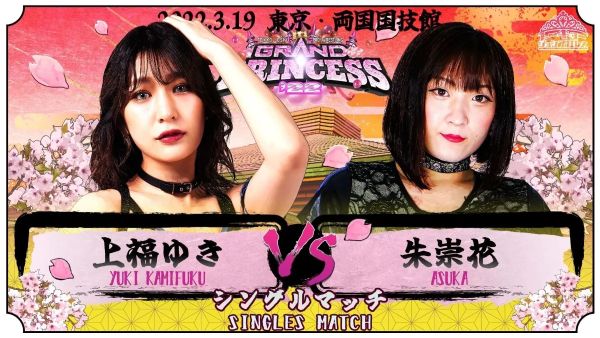 Two best friends will go head to head in a special singles match. Yuki Kamifuku and ASUKA recently competed together during the Max Heart tag tournament, but only just missed out. As a team, they have incredible chemistry together, but it’ll be interesting to see how they match up as opponents. 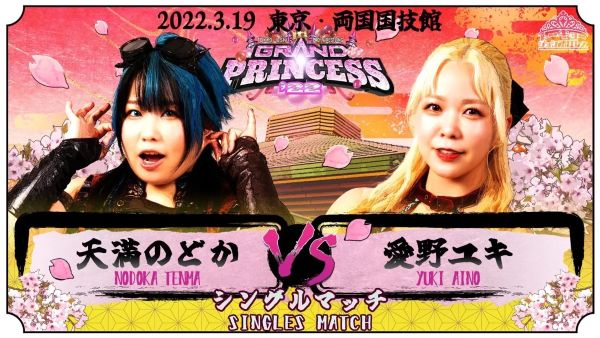 For the first time in the companies history, two sisters will be facing each other in a singles match. As the BAKURETSU Sisters, Nodoka Tenma and Yuki Aino have found success side by side as champions, but with Nodoka stepping away from wrestling at the end of the month, it’s a nice ending to her career by facing her sister. It’ll be emotional, but worth the watch. 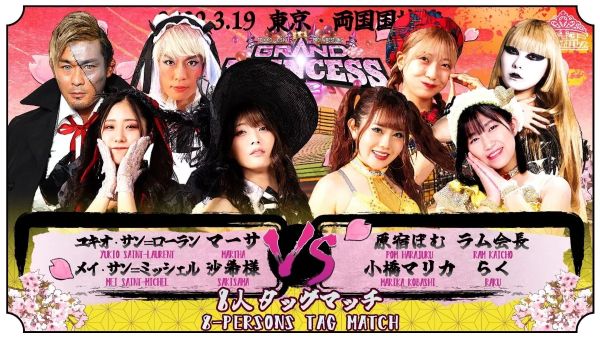 The entirety of NEO Biishiki-gun will be back together again as they take on the returning Ram Kaicho as well as Marika Kobashi, Raku and Pom Harajuku. This could have all the potential of being a great match with the talent involved, but it’ll be more whimsical and entertaining, which is the drawing power behind the matchup. 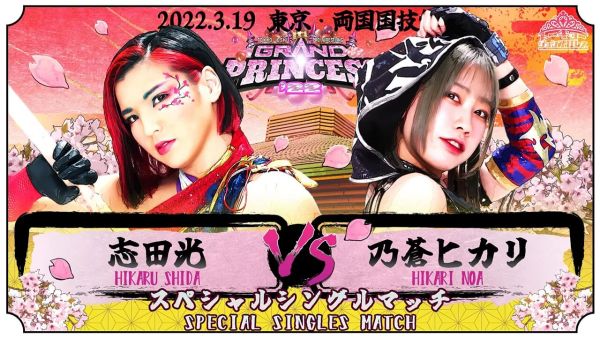 While the early matches on the card are definitely worth checking out, everything steps up from this. All Elite Wrestling star Hikaru Shida is back in Japan and takes on former International Princess Champion Hikari Noa. This is somewhat of a dream match which nobody was expecting. However, with AEW and DDT/TJPW working together, it’s more than welcomed seeing Shida in a TJPW ring. Since Shida has many international eyes on her, this will be huge for Noa to show just how good she is. 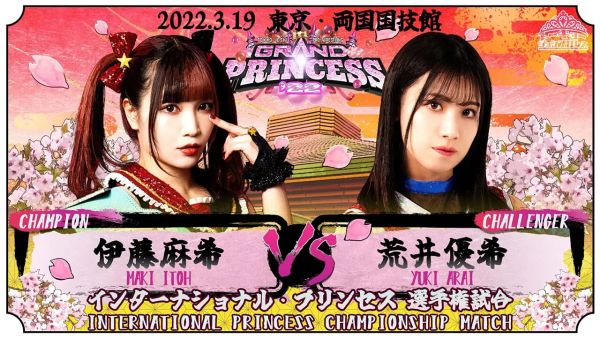 Yuki Arai hasn’t even been wrestling for a year yet and she is already grabbing attention from everyone and rightfully so. She won the Tokyo Sports Rookie of the Year and become one of the most popular wrestlers in Japan alongside talent from New Japan Pro-Wrestling and World Wonder Ring Stardom. Aside from her victories outside of the ring, she has improved rapidly and that makes for a perfect opponent for Maki Itoh. While Itoh has improved in her own way, this match has a great story behind it, as they come from idol backgrounds. It’s almost too close to call as TJPW could capitalize on Arai’s popularity. 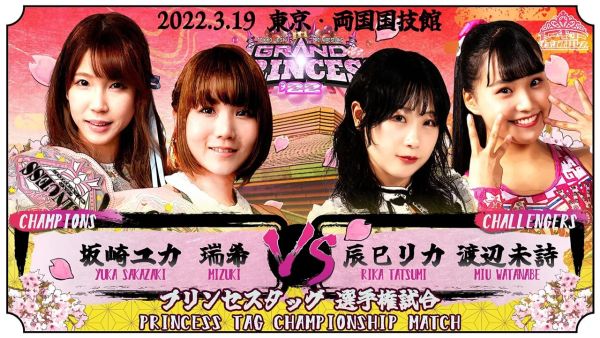 The second title match features the Princess Tag Team Championship. Both teams have been picking up victories but none more important than Rika Tatsumi and Miu Watanabe winning the Max Heart tournament that got them to this point. Since Tatsumi and Watanabe have been getting better and better in the ring, they pose a real threat to the Magical Sugar Rabbits; this is especially true for Watanabe, who has proven multiple times she can lift two people at once, which can put her team at an advantage. This could be the match to run away with the match of the year consideration, no matter who walks out with the titles. 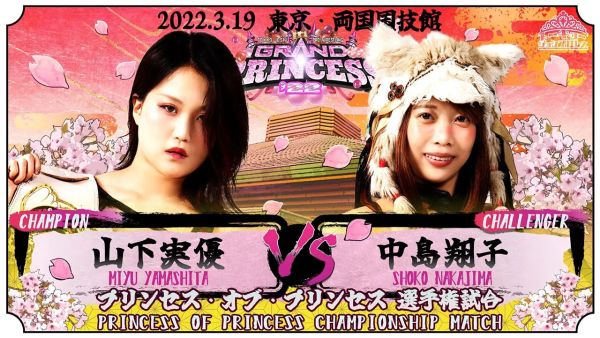 Miyu Yamashita looks to continue her dominant reign as Princess of Princess Champion by taking on Shoko Nakajima. These are two of the most talented women on the roster and have proven that time and time again. Every one of Yamashita’s defenses so far have gone viral and boosted the popularity for TJPW, usually with her impressive kicks. She even became heavily involved in the tag team scene with Maki Itoh; nothing has stopped the champion. However, her opponent, Nakajima, isn’t an easy task for her. Only just missing out on winning the Princess Cup to Itoh, Nakajima is one of the toughest wrestlers in the company. This match is surely going to be the best of the night and the win could go either way.