World Tag League arrives this Saturday as New Japan Pro Wrestling (NJPW) brings a mix of their best teams and unique alliances together for another exciting year of tag team wrestling. Much like the Best of the Super Juniors this year, it will be 12 teams in one block. They will compete for an IWGP Tag Team Championship opportunity at Wrestle Kingdom 16. NJPW’s mixture in this year’s event allows for some of their biggest names to stay active, pushing to solidify a spot at Wrestle Kingdom while their traditional tag teams look to get back in the title picture once again. Additionally, Tetsuya Naito’s return for World Tag League adds anticipation that a week ago might not have been there.

Here’s a look at what each team offers to the World Tag League field and who could win.

The team of Tama Tonga and Tanga Loa are nearing a point in their tag team careers where they are in the conversation for being the greatest team in NJPW history. Competitive thinking, the tag team division has been dramatically changing almost every year but the Guerrillas of Destiny never fail to be in the conversation year in and year out. Tonga and Loa won World Tag League last year, making it their first despite their impressive resumes. Following their entries into the G1 Climax this year, one has to wonder if that will hurt their chances in the long run. Tonga is on the best singles run of his career though and will look to carry that back into tag team action.

A majority of the other teams received tons of rest during that time which could be what stops G.O.D. back from going back to back. They remain amongst the favorites either way and should finish atop the block.

Well, this is surely an interesting team. One half of this team might be the best NJPW wrestler of all time and the other half is the ultimate tournament spoiler. Together that makes… an underrated pairing? Hiroshi Tanahashi just suffered one of his biggest losses of the year as he lost the IWGP United States Championship to KENTA at Power Struggle. It’s smart of him to want to move on in the best way possible but teaming with Toru Yano could lead to some interesting results. Trying to predict how good this team will be might be the most difficult of any in World Tag League this year. They could shock the world and win but truthfully a middle-of-the-pack finish feels more fitting for this tandem.

The legendary team of TenKoji has won two World Tag League’s as a duo and will enter it once again after missing the event in 2020. Hiroyoshi Tenzan and Satoshi Kojima have been a fixture in the tag team division for over two decades and do not look to be stopping anytime soon. It’s been an interesting year for Kojima, who traveled to the United States and was featured in IMPACT Wrestling and fought Jon Moxley at AEW’s All Out PPV. His return to tag action with Tenzan should make for an interesting aspect of the tournament as the six-time tag team champions should never be counted out even at their older age. They are no longer the favorites they once were but expect some vintage showings at least early on in the tournament this year. 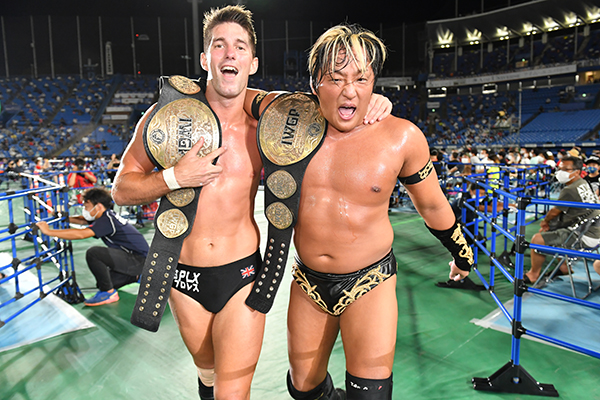 The reigning IWGP Tag Team Champions will be an interesting team to watch in this year’s World Tag League. There is no denying the greatness and bond that Taichi and Zack Sabre Jr. have together. No one can deny how great Sabre Jr. has been over the last two months with his G1 Climax showing, grapple match with Katsuyori Shibata, and unsuccessful challenge for the IWGP World Heavyweight Championship but it’s possible that might have taken a toll on him. It’s also common knowledge that Taichi was ailing by the end of his G1 Climax run, resulting in a string of losses. He’s had some time since then to heal up, meaning he may actually be the fresher of the two (probably not). As the champions, it would be a real shock if they managed to win but should be at the top once again.

Two-thirds of the unit that had a historic reign with the NEVER Openweight Six-Man Tag Team Championship will team up for World Tag League. Hirooki Goto and YOSHI-HASHI have some of the best chemistry out of any team in the tournament that isn’t necessarily a traditional tag team. They finished with 10 points last year and have to think that following their successful run with the six-man straps, they can have more success this year. Expect a respectable finish that where they could be a surprise team at the end.

Great Bash Heel won the 2015 and 2016 World Tag League tournaments and are former IWGP Tag Team Champions to boot. Togi Makabe and Tomoaki Honma didn’t have the best time when they were last in the tournament in 2019. They finished with eight points which were only better than three other teams. Makabe and Honma have shown the world that they have everything it takes to make it through this rugged marathon but it seems their time has passed as they fade out of NJPW more and more as the years go on.

House of Torture can’t stop winning and are now the reigning NEVER Openweight Six-Man Tag Team Champions. While SHO represents the team in Best of the Super Juniors, EVIL and Yujiro Takahashi will enter the tag team tournament. EVIL has found plenty of success in World Tag League before, winning two of the events when he still teamed with SANADA. Takahashi is not SANADA but is no slouch either. As a former Junior and Heavyweight Tag Team Champion, he will make for a great partner as EVIL tries to cheat his way through. Fans may not envision this team as a serious contender but they should be in the conversation by the end.

Bad Luck Fale makes his return to NJPW and will have his first match since Sakura Genesis. He will team up with Chase Owens in the tournament as the third team to represent Bullet Club. They’ll be getting a few wins as Owens tries to ride some of the momentum he earned in his first G1 Climax.

Great-O-Khan has had one of the oddest years in recent NJPW history. From wrestling Hiroshi Tanahashi at Wrestle Kingdom to delivering an impressive showing in the G1 Climax and down to losing his amateur wrestling match to Toru Yano at Power Struggle, it’s been an odd one. But as a member of The United Empire, he has been winning more than losing and that bodes well for his entry into the tournament. Teaming with Aaron Henare should make for a potential underdog duo in the tournament. Henare has shown since joining the faction that he can be a serious player. After missing the G1, his shot to shine is here alongside Great-O-Khan.

One-half of the IWGP Junior Heavyweight Tag Team Champions will team up with “Blue Justice” to make up a unique veteran team. Yuji Nagata has won two World Tag Leagues in his career and is looking to Tiger Mask to make it a third. Nagata last tagged with Manabu Nakanishi in the 2019 edition, finishing in last place with four total points. For Nagata, it will have to be a goal of not coming in last this time around and Tiger Mask should lead to a bounce back.

Minoru Suzuki makes his return to NJPW following a one-of-a-kind run in the United States. He will team with none other than TAKA Michinoku, who has not been seen in the promotion since the Best of the Super Juniors in 2019. His teaming with Suzuki makes for a rather intriguing team, combining two veterans who still have a ton to offer. Their match with Dangerous Tekkers should be one to watch due to the Suzuki-gun ties but more than anything, it should make for one of the best in the whole tournament. Suzuki displayed that he can not only still go but at a high level during his time out of NJPW, so this will be a tournament that he wants to show out to prove to those in NJPW he still has it. 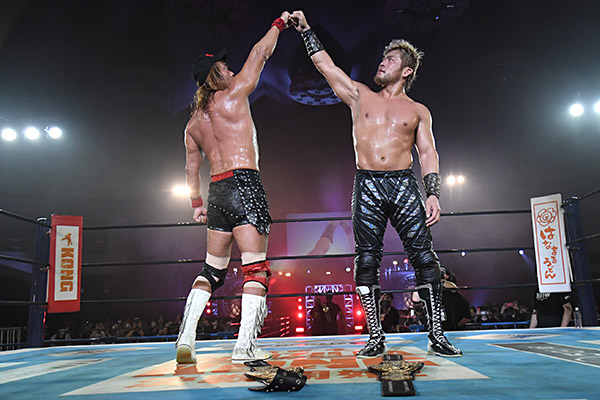 Tetsuya Naito shocked many when he announced his in-ring return for World Tag League. He will be teaming up with SANADA in an effort to get back to where they were before losing the IWGP Tag Team Titles back to Dangerous Tekkers at Wrestle Grand Slam. The dangerous aspect for every team in the tournament is that an often phenomenal Naito who is dealing with knee issues will be as fresh as ever when his run with SANADA begins. A fresh Naito is one of the best in the world and it should lead to them having one of the best runs of the tournament. SANADA, on the other hand, has won World Tag League twice in his career and there’s little doubt that he can’t do it again with Naito by his side.

Los Ingobernables de Japon never fails to be competitive and after teaming for the better part of 2021, they have earned the chemistry to make a run to win the league. Naito and SANADA feel like the favorites to win in what should be an exciting showing for them.