NJPW Power Struggle has officially come and gone, delivering what was one of the promotions most newsworthy shows of the year. Three new champions were crowned throughout the night as a historic reign was ended, a champion regained his gold, and a wrestler’s destiny was achieved. Here’s a look at the Power Struggle title changes.

House of Torture has won championship gold in their very first attempt, defeating the CHAOS team of Hirooki Goto, YOSHI-HASHI, and Tomohiro Ishii to end their historic NEVER Openweight Six-Man Tag Team Championship reign. The match was won by EVIL, who had hit his finish Everything is EVIL to capture the gold. Dick Togo‘s usual ways were involved and led to the eventual win, as he managed to rip out the referee milliseconds before he counted three for a successful defense for the champions.

After the match, YOH returned to make it known that he is ready to take on SHO once again. 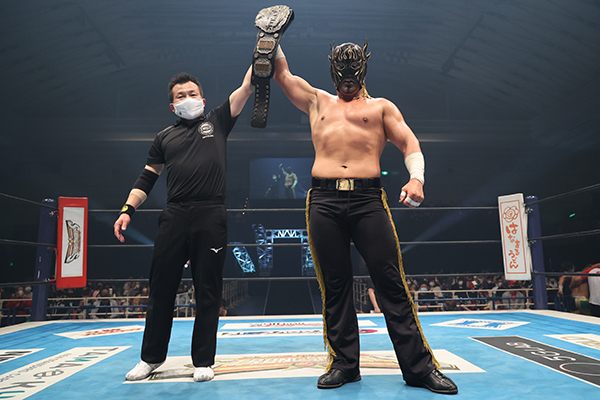 El Desperado has won the IWGP Junior Heavyweight Championship for the second time in his career, defeating Robbie Eagles to accomplish that feat. Desperado had watched both of his last title reigns end at the hands of Eagles, making this one a win that he needed. Becoming the champion right before the Best of the Super Juniors only furthers the idea that this year will be a wide-open field as the new champion now tries to focus on all those who are coming for him. 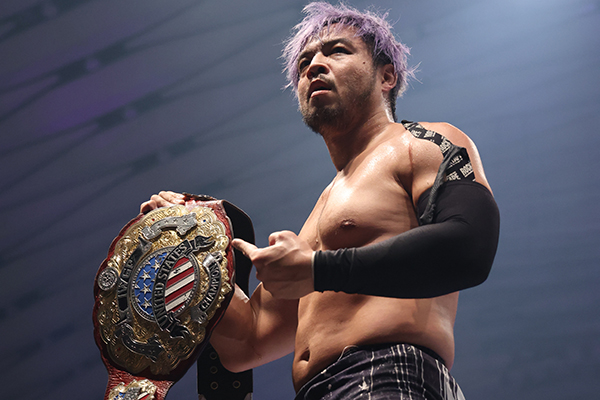 KENTA has done it. A journey that has felt like actual years in the making is now a success. After holding a briefcase with a shot at the IWGP United States Heavyweight Championship for months, KENTA failed in his challenge against former champion Jon Moxley earlier this year. His aspirations of becoming champion never changed though as it would lead him to his match with Hiroshi Tanahashi at Power Struggle. The leader of the “Go To Sleep” Club put it all together to end Tanahashi’s reign at 84 days. This is KENTA’s second title reign in his NJPW career, his first since losing the NEVER Openweight Championship at Wrestle Kingdom in January.

With KENTA now on top, it will be interesting to see who steps up to him. Bullet Club is taking over once again.