Daniel Bryan is among the biggest World Wrestling Entertainment stars of the past decade. However, it wasn’t as if “The American Dragon” had such a destiny marked in stone. With many detractors considering him simply an “internet darling,” Bryan seemed mismatched for the larger-than-life world of WWE. However, through hard work, determination, and talent, he showed that the cream does, indeed, rise to the top. Many would argue that this rise began to take form at Money in the Bank on July 17, 2011. 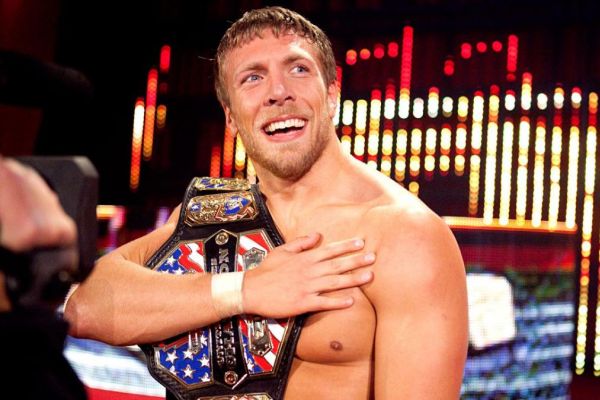 Leading Up to Money in the Bank

Rewind to the July 1, 2011 episode of Friday Night SmackDown. On this show, it was announced that 8 superstars from the brand would take part in the SmackDown Money in the Bank Ladder Match, the winner receiving an opportunity for said brand’s World Heavyweight Championship. The 8 men announced were Justin Gabriel, Heath Slater, Sin Cara, Wade Barrett, Sheamus, Kane, Cody Rhodes, and Daniel Bryan. A relatively strong lineup, to be sure, but in the summer of 2011, Bryan seemed like an outcast.

During this time, Sheamus and Kane were established stars that could move from the mid-card to the main event with ease. Wade Barrett and Cody Rhodes were two young villains on the rise. Sin Cara, who had debuted for WWE the April prior, was the company’s new international star that they wished to showcase. Given the wealth of talent focused on by the company, Daniel Bryan seemed like one of the odd men out, especially given his sudden shift from United States Champion to directionless lower mid-carder. Heading into Money in the Bank 2011, no one expected him to walk out with the blue briefcase.

Daniel Bryan in the SmackDown Money in the Bank Match

Money in the Bank 2011 was held at the Allstate Arena in Rosemont, Illinois on July 17, 2011. The show opened with the SmackDown Money in the Bank Ladder match featuring the aforementioned WWE Superstars. It didn’t take long for the match to become violent, either. The trademark ladder was used early in the bout, whether as a battering ram or an inadvertent weapon against the wrestler holding it. Sin Cara was well-received by the Illinois crowd, though he would become a casualty, as a powerbomb through the ladder by Sheamus left the masked star incapacitated, unable to continue the match.

Daniel Bryan found himself on the defensive for much of the match, not only as one of the smaller wrestlers in the match but pitted against former Nexus allies Justin Gabriel, Heath Slater, and Wade Barrett. However, their temporary alliance would be short-lived, as they all had the same goal in mind: to reach the blue briefcase suspended above the ring. It wasn’t long until the match became a race to the top, with competitors intercepting one another’s way up each ladder rung.

The match began to reach its conclusion when only Bryan, Barrett, and Cody Rhodes were left standing. Always the submission specialist, Bryan choked out Rhodes with a guillotine, eliminating him from the proverbial equation. From there, Bryan fought off Barrett, who attempted to hit the Wasteland from atop the ladder. After this struggle, Bryan finally kicked Barrett off the ladder. All alone, and in prime position, Bryan unhooked the briefcase above. The crowd in Illinois celebrated as arguably the unlikeliest of winners emerged victorious in his most important WWE match to date. 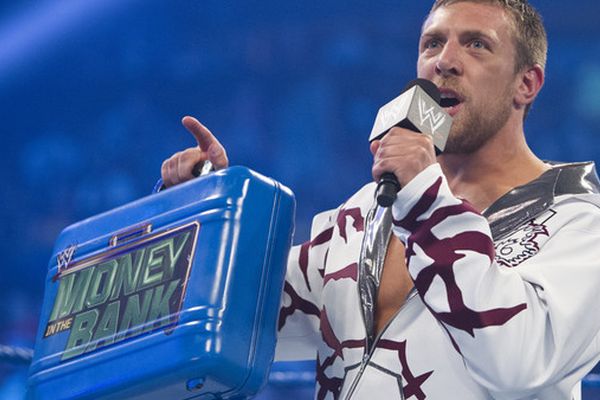 The Journey of Daniel Bryan Following Money in the Bank

Daniel Bryan was within reach of the World Heavyweight Championship, though the journey wasn’t without its bumps in the road. He began his run on a solid note, picking up victories over the likes of Heath Slater and Tyson Kidd on SmackDown. As the months progressed, however, he struggled against opponents such as Christian and Alberto Del Rio. It also didn’t help that Michael Cole, who was at his most grating, constantly decried the submission specialist from Aberdeen, Washington. Bryan’s problems only grew once he found himself approached by Mark Henry, the reigning World Heavyweight Champion at the time.

To say that Mark Henry was a dominant force, during this period, would be an understatement. He won his first world title in WWE in September of 2011 following a decisive victory over Randy Orton at Night of Champions. Henry’s “Hall of Pain” would populate from there. Bryan encountered Henry multiple times, even once attempting a cash-in on “The World’s Strongest Man,” only for the decision to be reversed when it was determined Henry was medically unable to compete.

Bryan’s time with the Money in the Bank briefcase was ticking and he had to make a decision. Many fans believed that he would be the first individual to unsuccessfully cash in their Money in the Bank opportunity. He wasn’t the most dominant competitor on TV, so the idea of him failing to cash in wasn’t terribly farfetched. Though Bryan stated that he would wait until WrestleMania XXVIII to cash in, as is customary in professional wrestling, plans changed.

The following December, one of the marquee matches saw Mark Henry defend the World Heavyweight Championship against long-time rival The Big Show. This was a battle between two brutes that saw “The World’s Largest Athlete” win his sixth world title in wrestling. Incensed, Henry attacked Show, laying him out a DDT on the steel chair. Bryan seized the opportunity, rushing to the ring with a referee in tow. Once the official called for the bell, Bryan made the pin on Show, winning his first World Heavyweight title in the process.

It wasn’t long after that Daniel Bryan’s noble persona eroded and a more underhanded, opportunistic approach took form. Whether it was tension brewing with The Big Show, with who Bryan established an on-screen friendship, or his tense on-screen relationship with AJ Lee, Bryan’s villainous persona developed. He also became more obnoxious, adopting the now-famous “Yes” chant, influenced by MMA competitor Diego Sanchez. To say that Bryan’s heel persona was a far cry from who he was when he entered the company would be an understatement.

Bryan’s time with the World Heavyweight Championship was brief, clocking in at 105 days. He would drop the title in the opening match of WrestleMania XXVIII, infamously receiving a Brogue Kick and a pinfall loss in a matter of 18 seconds. Much of the wrestling community was livid, believing this to be a poor way for Bryan’s first world title reign in WWE to end. While this was intended to be a new push for Sheamus, this loss would actually benefit Bryan in the long run, planting the seeds for what became the “Yes Movement.” As the cliché goes, the rest is history.

Daniel Bryan Wins Money in the Bank – In Closing

The power of fan support, in professional wrestling or otherwise, can’t be denied. It has the ability to rewrite one’s path, leading one toward greater heights. Daniel Bryan was no exception; in fact, he’s been one of the most notable beneficiaries of this in the past decade. Since winning Money in the Bank, Bryan has gone on to become one of the most decorated stars in company history. Even excluding his list of independent wrestling achievements, in WWE, he’s been a 2x tag team champion and 5x world champion, not to mention a Triple Crown and Grand Slam Champion.

Perhaps none of this would come to fruition had Daniel Bryan not won Money in the Bank. It took him on a journey that very few, perhaps including Bryan himself, could have predicted. In a long list of wrestlers that have held the briefcase, it’s safe to say that the leader of the “Yes Movement” was among the biggest fan favorites. Simply put, his Money in the Bank victory was a landmark moment in his storied career.