The World’s Strongest Man, Mark Henry, is 50 years old today. One of the more recognizable names in the WWE in the late 1990s and throughout the 2000s, largely because of an unprecedented number of accomplishments achieved outside of the squared circle, Henry in 2021 is something of an icon. Across both professional wrestling and power-lifting, Henry’s name is synonymous with achievement. To celebrate his big milestone birthday, let us take a look at the life and career of the World’s Strongest Man. 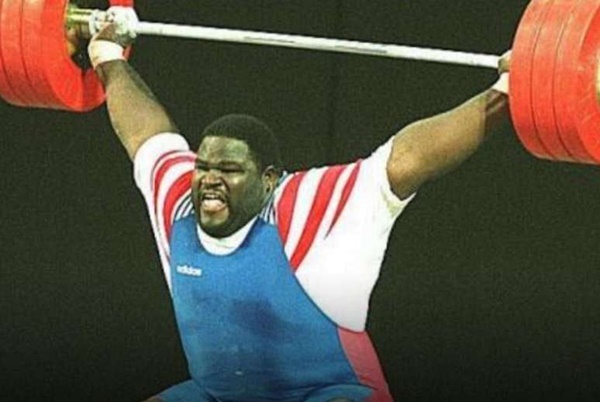 Born in Silsbee, East Texas, on June 12 1971, Mark Henry would grow up a fan of Andre the Giant; with Andre’s size and sheer presence no doubt providing Henry with a pop culture, role model figure who resonated with Henry on a personal level. Hailing from a family of large, well built men and with Henry, himself, developing to become a man of almost freakish, un-human levels of strength, it is no surprise that Henry saw Andre as someone to look up to (both figuratively and literally). In fourth grade, Henry was already standing at 5 ft 5 inches and weighing in at 220 lbs – two features which would lead to Henry being ridiculed by his classmates. Like many future athletes who were bullied, Henry would look to sport for inspiration.

He would turn his attention to weight lifting; arguably the most effective hobby to get bullies off of your back. By the time he was in his freshman year, he was squatting 600 lbs – a school record. Henry had moved on from idolizing Andre the Giant to being able to squat his body weight and then some. Then, Henry would become a three-time Texas state champion; shattering records at a State and national level. The man who would become the World’s Strongest Man was well on his way to becoming just that. By the end of 1991, aged just 20, Henry had broken all three junior American records an unprecedented 12 times; surpassing Mario Martinez to become the United States’ number one Superheavyweight lifter. He would also compete at both the 1992 and 1996 Olympic Games; Henry even captaining the weightlifting team in the latter. Soon afterwards. he would retire from professional competition at the age of just 26 – leaving fans to imagine just how much he would have accomplished, should he have reached his peak. To this day, he is the only man to have squatted more than 900 lbs without a squat suit and is the youngest lifter to total over 2,300 pounds raw. A true phenomenon in the sport forever. Mark Henry would then, of course, sign a ten year deal with the World Wrestling Federation (WWF).

Mark Henry actually made his first WWF appearance prior to signing his contract with the Vince McMahon-owned, world-wide, pro wrestling juggernaut. On the March 11 1996 episode of Monday Night RAW, he would press slam an antagonistic, hostile Jerry “The King” Lawler. Vince McMahon had, of course, been wanting to sign Henry prior to his competing in the 1996 Olympic Games. Despite this appearance, Henry would not sign his 10 year deal until after the prestigious competition. His debut match would come in September of 1996 when, at In Your House: Mind Games, he would defeat Lawler after feuding for much of the year.

Prior to the beginning of the most chaotic era in the WWE’s history – the Attitude Era – Henry was presented as a national hero. A smiling, blue-collar hero who did good. Once the Attitude Era arrived, this immediately went out of the window; with Henry joining the heel, Nation of Islam-inspired Nation of Domination. With Henry not succeeding as the Olympic hero babyface, one must wonder if this was the basis for Kurt Angle later being debuted as a heel. Soon after he concluded his run with the Nation of Domination, Mark Henry would become “Sexual Chocolate”; a comedic, less serious role which saw him – among many other things – sleep with Mae Young, who later gave birth to Henry’s kayfabe son, who was born a hand. By 2000, Henry was sent to Ohio Valley Wrestling (OVW) to develop further.

Mark Henry returned to the WWE in March of 2002, on an episode of Monday Night RAW. In his two years away from the WWE, he had honed his craft in OVW and, remarkably, won the Arnold Strongman Classic in February of 2002 – despite all pundits giving him zero chance of victory, especially with his being absent from the sport for five years. Mark Henry was once more the World’s Strongest Man – legitimately – in 2002 and there was no way he would once again be made into a comedy character. Taking inspiration from his competing in the tournament, Henry would perform improbable feats of strength on SmackDown, where he was drafted to in the inaugural draft. He was soon back to being used only sparingly on the roster and an injury would bring his return to a premature end.

He would return to RAW as a heel in August of 2003, before entering into feuds with the likes of Goldberg, Booker T and more as the muscle of Thuggin’ and Buggin’ Enterprises – the short-lived Theodore Long led faction heavily influenced by the Nation of Domination. This was a time where, though a member of a lukewarm faction, Henry would begin to be taken more seriously as an in-ring competitor. Regardless, it was a run brought to an end by yet another injury – this time a torn quadricep, which would keep Henry on the shelf for well over a year. Mark Henry, a notable public figure outside of the ring, would become something of an ambassador for the company during this time – a role he would maintain for the next decade and a half.

Mark Henry As A Main Eventer

On December 30, 2005, Mark Henry would return to the ring a meaner, more complete version of himself. His new character essentially setting the tone for the future “Hall of Pain” gimmick, it was during this time where Henry finally became a world championship chaser. Unfortunately for Henry, despite many attempts against the likes of Batista, The Undertaker, Rey Mysterio and more, he would never capture a world championship until 2008 when – in his ECW debut – he captured the ECW Championship in a triple-threat match against Big Show and Kane, in a sort of Monster Takes All bout. As we all know, the ECW Championship at that time was a shell of its former glory – its role as the “third world title” in the WWE merely being a way to get world championships on guys deemed unworthy of becoming WWE or World Heavyweight Champion. Mark Henry, for his years of loyal service, even when put in uncomfortable and unfitting roles and feuds, deserved better.

In 2011, he would get better – defeating none other than Randy Orton for the World Heavyweight Championship at Night of Champions 2011. 15 years of being cast aside; 15 years of stop-and-start pushes and 15 years of being overlooked time-and-again had finally paid off. This was, of course, during Henry’s “Hall of Pain” run; without a doubt the greatest part of his WWE career. Treated as a legitimately dominating and threatening, calculated brute, Mark Henry’s name became synonymous with fear on the SmackDown roster. Feuds with the likes of Orton, Christian, Daniel Bryan and Sheamus would follow before he would eventually drop the championship to the inaugural Hall of Pain inductee, Big Show – who would take the title from Henry at TLC: Tables, Ladders & Chairs 2011. After the match, Henry would incapacitate Big Show, leading to Daniel Bryan cashing in his Money in the Bank briefcase to capture the title – leaving Henry both irate and likely confident, given Henry’s clear physical advantages over the much smaller Bryan. He would never regain the title and would soon be drafted to RAW, where he would have a short feud with CM Punk for the WWE Championship before being sidelined with yet another injury.

Mark Henry and the Retirement Speech That Shook the World

A few short feuds upon his return in early 2013 led to Mark Henry interrupting John Cena on the June 17, 2013 edition of RAW. A lot of mutual respect was shared between the two; with Henry acknowledging Cena’s own Herculean strength on many occasions. In what had been teased on social media hours earlier, Mark Henry was in the ring for one reason; to announce his retirement. Wearing a salmon suit and a somber expression, topped off with a humble demeanor, he began by confirming the rumors; announcing to the world that Mark Henry, after almost two decades of grueling WWE schedules, injuries and more taking their toll – the boy from Silsbee Texas – was going home. As we now all fondly remember, this was far from the truth. Henry would soon turn on an affectionate John Cena; slamming him into the mat before announcing “I’ve got plenty left in the tank”. What followed was a defeat against Cena at Money in the Bank 2013 – Henry tapping out after an extra tight STF was applied. The following night, he was attacked by The Shield (Roman Reigns, Dean Ambrose and Seth Rollins) before turning babyface once more.

Many have argued that there was no better time for Mark Henry to become a world champion than at Money in the Bank 2013. His now famous retirement speech serves as one of the finest promos, turns and/or swerves of all time and it truly established Mark Henry as a terrific actor, certainly among WWE superstars. He had never held the WWE Championship and now he never will. If there was one mistake made in 2013, it was not letting Henry capture the title following the retirement promo.

Retirement, Hall of Fame and All Elite Wrestling

Mark Henry would officially retire from the ring in 2017, after four more years of sporadic feuds and a gradually diminished role. Whereas he never managed to capture the WWE Championship, he captured the affection of the WWE universe across three decades with the company. In March of 2018, he would be inducted into the WWE Hall of Fame by long-time on-screen foe and long-time real-life friend, Big Show. Years of service having paid off for a man who let a beyond-promising career in lifting go to pursue the WWE career he had.

As we are surely all aware, Mark Henry is now a member of the All Elite Wrestling (AEW) roster as a commentator for its upcoming show, AEW Rampage. Big Show also made the jump to AEW earlier in the year and, once more, the two are reunited – ready to begin the next chapter in their esteemed careers. Whereas it may be shocking to some to see Henry in another company – after all, he had only ever wrestled under the WWE umbrella – it is definitely worth considering the admiration he still has for Vince McMahon and, in-turn, the affection McMahon has for a man he signed to a ten year deal in 1996. Henry appears to be well-liked in the business and for this reason, he is more than worthy of having a happy, 50th birthday. So, happy birthday, Mark Henry!