Following a terrific performance at WrestleMania, Edge has been missing from our TV screens. Many fans thought that “The Rated-R Superstar” would be continuing his feud with Roman Reigns to at least WrestleMania Backlash, but this wasn’t the case. Instead, Edge has been off WWE TV. So, with Edge mysteriously absent from Monday Night Raw and Friday Night SmackDown, how and when should we see him return to the ring? 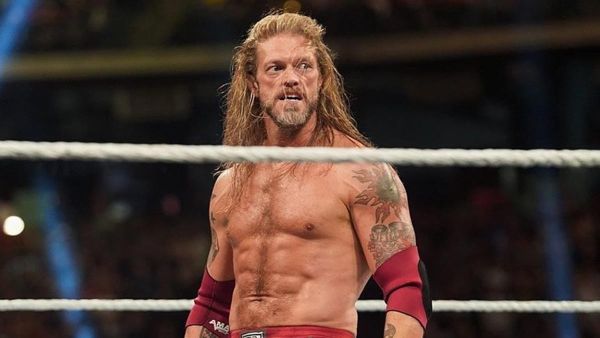 The Landscape Ahead of Edge

WWE recently made a few changed to their pay-per-view line-up. Hell in a Cell has now been slotted into June, replacing Money in the Bank. This switch is heavily significant for Edge, specifically because he is no stranger to both stipulations. Edge has competed in one Hell in a Cell Match. He fought The Undertaker at SummerSlam 2008 in an underrated gem.

Perhaps this is where Edge returns. In recent years, we’ve seen strange finishes to Hell in a Cell Matches. This means it is highly likely that Edge could get involved in the Universal Championship match. SmackDown wants to continue the Uso/Reigns feud, which is fine. However, the Daniel Bryan and Edge threads are still dangling in the air.

With that being said, this is not the place for an Edge return. WWE seems to have long-term plans with Roman Reigns and slotting Edge into them now just seems unnecessary and forced. This may be revisited in a few months.

A Brand Switch for Edge?

With Raw’s ratings low, maybe a brand switch wouldn’t be a bad idea for Edge. Bobby Lashley is lined up to face Drew McIntyre at Hell in a Cell, presumably with “The All Mighty” retaining the WWE Championship. Where does Lashley go from there? The only credible threat was Braun Strowman, a star who was recently released from the company.

Having Edge switch brands to Raw could easily freshen up the main event scene. He has shown on SmackDown that he can easily build a compelling story through promos and his acting ability. Having him be the next challenger for Lashley would not only elevate RAW, but it would also elevate the WWE Champion. Lashley needs a challenger who is on the same level as him.

This doesn’t seem to be the way WWE is going, however. Lashley is reportedly locked into a Brock Lesnar match at SummerSlam, so having Edge come in could be a waste. Edge needs a suitable story for his return, and there is only one option. 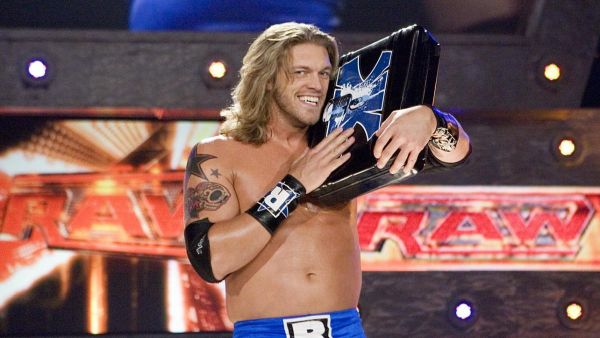 While the women’s side of things has had compelling storylines, the men’s division has been painful in terms of their Money in the Bank storylines. Edge can fix this. He has a built-in story. He wants to become a three-time Money in the Bank winner and, more importantly, he wants to cash in successfully.

This could make for weeks of entertaining TV. Maybe Edge needs to qualify and we see him have the matches that he teased when he first debuted. Edge versus AJ Styles, Edge versus Matt Riddle, and Edge versus Ricochet are just a few examples. This is what we want from “The Rated-R Superstar” – a WWE run that gives us the matches we’ve craved since Edge’s return.

Edge doesn’t have to win the briefcase again in WWE. He can be inches from winning, only to be knocked off by someone like Sami Zayn. This would get a monstrous reaction from the crowd in attendance, while also building a feud for the next few weeks.

Sooner Rather Than Later

WWE is struggling. Fan interest is at an all-time low despite major profits. A surge of releases and lackluster programming drove away many fans and it doesn’t seem to be getting better anytime soon. WWE needs a killer angle or storyline that can drive people back to their product.

Roman Reigns has been the hottest star in the company since his return, but he is singlehandedly carrying the company on his back. This can only get WWE so far and they need to be building new stars for their future. While Edge isn’t by any means a new superstar, he is fresh. He has a distinct aura surrounding him yet WWE hasn’t utilized him to his full potential yet.

Edge should be putting over the younger guys in WWE, of course. However, he needs to be utilized in a similar way to Christian Cage in All Elite Wrestling. Cage is elevating younger talent while also propelling forward towards the main event. Edge being the frontrunner for Money in the Bank can elevate both superstars and the stipulation as a whole.