This Sunday night will be Money in the Bank. One of WWE’s biggest shows of the year as two major opportunities are hanging above the ring with contracts inside that guarantee one woman and one man a chance at a world championship. This year, perhaps more than any in recent memory is one that it feels truly wide open. There are also major title matches to fill in the gaps and to likely main event. Not only should this be a great show but with fans back, it’s going to be special.

Here is the Money in the Bank predictions along with the entire card as it should be a major show Sunday night.

WWE Money in the Bank Card

— Money in the Bank: Zelina Vega vs. Asuka vs. Naomi vs. Alexa Bliss vs. Nikki ASH vs. Liv Morgan vs. Natalya vs. Tamina

— Money in the Bank: Kevin Owens vs. Drew McIntyre vs. Riddle vs. Ricochet vs. John Morrison vs. Big E vs. Shinsuke Nakamura vs. Seth Rollins

Money in the Bank Predictions

Women’s Money in the Bank: Zelina Vega vs. Asuka vs. Naomi vs. Alexa Bliss vs. Nikki ASH vs. Liv Morgan vs. Natalya vs. Tamina

The Women’s Money in the Bank ladder match is an intriguing one, to say the least, as half the field has never won singles gold in their WWE careers. That alone is why this could be one of the more special moments for whoever does walk out as the winner. Right now, Alexa Bliss is the favorite by many with her overall prominence on television and past win of the match. After all, she has some weird sort of magic that could help get her the win in the end. But there’s Asuka too, who won this match a year ago and made that a run with the Raw Women’s Championship. Anyone could really win this one as it feels so wide open. Liv Morgan feels like the perfect underdog story and the one who would get the live crowd into it the most. It’s long overdue she gets her chance.

Men’s Money in the Bank: Kevin Owens vs. Drew McIntyre vs. Riddle vs. Ricochet vs. John Morrison vs. Big E vs. Shinsuke Nakamura vs. Seth Rollins 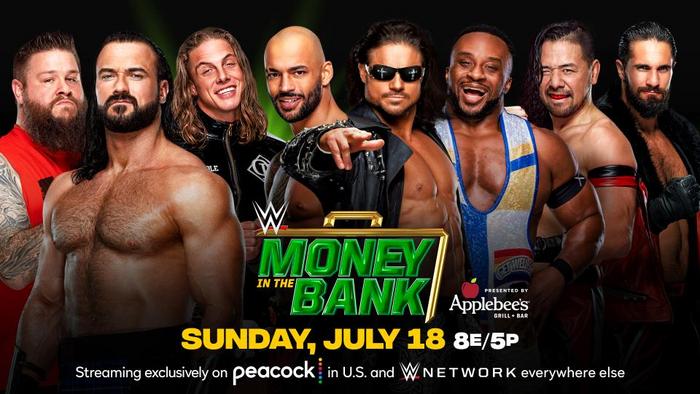 If you compare this Men’s Money in the Bank field to any other in history, there may not be any other that can match it in talent. The fact alone that both Ricochet and John Morrison are in a match like this means absurdity is guaranteed as they show something that nobody has ever seen before. Truth be told, there is no true favorite here. Sure, Drew McIntyre and Seth Rollins feel like they should be considering their careers to this point but that could be what hurts them. If these other competitors are smart enough, they will make sure to rid them from the match. After all, they are the only two to be multi-time world champions in this match. Only Kevin Owens has accomplished the feat of world champion but he hasn’t had that privilege since 2017.

Analyzing the remainder of the field, it feels this would be a moment for either Riddle or Big E to elevate themselves to the main event. Riddle has become one of the main stars on Raw and while his team with Randy Orton has been his main concern the past number of months, it’s clear a potential world title run can be in his future. Then there’s Big E, who many have pegged as a future world champion and likely within the next year or two. Capturing the briefcase seems like his chance to seize the moment and finally reach the top like the fans have dreamt of for years. Sunday night should be Big E’s time. 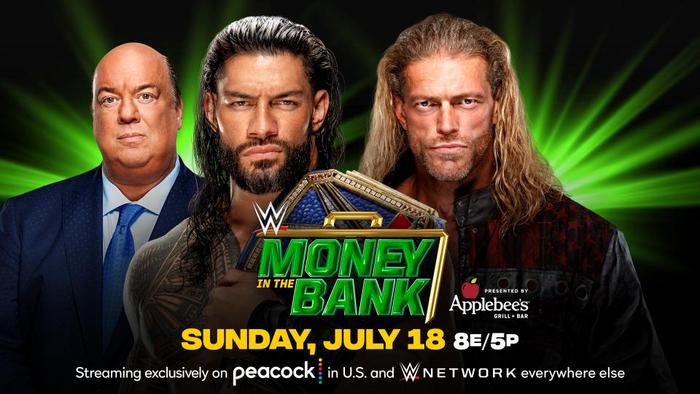 All hail your “Tribal Chief?” Or is time SmackDown becomes Rated R? Edge has had the number of the entire Samoan Bloodline for weeks now as the final image of these two on SmackDown saw Edge make Roman Reigns tap out in the middle of the ring. A major image considering the dominance of Reigns since his return at SummerSlam last year. The result of this match will depend on two things really. One being if The Usos manage to get involved following their Kickoff match early in the night. Two being if Edge can hang with Reigns when the bell rings. All signs point to yes on the latter as Edge has looked like a possessed individual as his one goal is to become Universal Champion before he closes the book on his career. Yet, “The Head of the Table” is on track to be the most dominant champion ever.

Maybe reading that seems a bit extreme, but since returning to WWE at SummerSlam, Reign has been unstoppable. “The Tribal Chief” has been undefeated in all matches as a singles competitor. A 14-0 record against the best competitors SmackDown and really WWE has to offer. Drew McIntyre, Daniel Bryan, Kevin Owens, Rey Mysterio, “The Fiend,” Cesaro, and even Edge have all fallen to Reigns. It’s hard to imagine anything but the same Sunday night. Reigns is on a different level from everyone else in the entire company which means he should be retaining come Money in the Bank.