For the first time ever the Cinderella tournament will take place across two shows with the ten first-round matches taking place this weekend at Korakuen Hall.  For any newer fans, the Cinderella Tournament has some unique rules that make it a fan favorite.  The opening round matches all have a ten-minute time limit, in the event of a draw both competitors are eliminated, this year from the second round onwards this time limit increases to 15 minutes but the double elimination is still in play.  The other unique rule is that matches can be won or lost via over-the-top-rope elimination which opens up the potential for some huge upsets.  The winner of the tournament gets to wear a fancy dress and earns one wish, this wish always ends up leading to a title match.  This year is the biggest field in Cinderella history and is one of the most unpredictable in years as there’s no one stand-out winner of the field.  Despite the unpredictability, we’re going to try and predict the outcomes of the first-round matches from the Cinderella Tournament 2021.

Hina vs Rina vs Lady C

Arguably the bottom three members of the roster will square off in this opener.  Before becoming a wrestler Lady C was a teacher and now she is going to wrestle, and probably lose to, some children.  This is the first time Rina and Hina are sharing a ring since their returns at Korakuen Hall in March so it will be interesting to see what they do together as they work really well together in the ring.

We go straight into tournament action here as former Goddess Of Stardom Champion Himeka faces her substitute opponent Hanan.  Himeka was originally supposed to face Saya Iida but Iida is injured.  While Hanan has been picking up some wins with her armbar since making her return last month this seems like an easy win for Himeka. 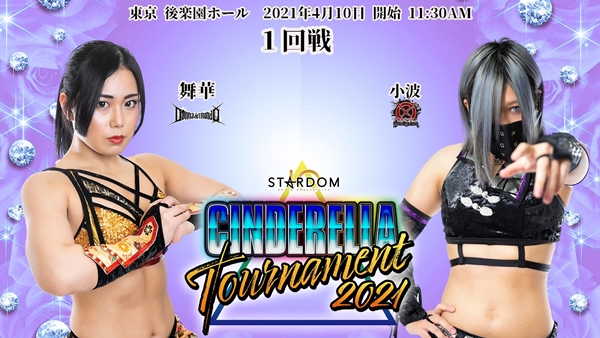 This match may be the toughest one to predict.  Maika shocked everyone last year when she fought Utami Hayashishita to a draw in the cinderella tournament, but she has also shown that she can choke out anyone at any time during the 5STAR Grand Prix.  Konami similarly is someone that can catch you in a submission at any point which makes her dangerous, although she generally tends to perform well in this tournament.  We have a feeling this one goes to a draw or Konami wins, but Maika winning would not shock us at all.

With the departure of Bea Priestley, Oedo Tai is once again in need of rebuilding themselves as Priestley was far and away their strongest booked member.  Faction leader Tora would be the best option of the bunch to make into a threat so pairing her off with Unagi Sayaka, who is a sympathetic and beatable babyface, seems to be setting Tora up for a big performance in this tournament.  Expect Tora to win to kick off her push to the top.

In a match that is sure to feature some high-speed action, we give the edge in this match to Saki Kashima.  Kashima has been on a roll with her Revival finisher earning her win after win recently and AZM is likely to be added to the list of Kashima’s victims. 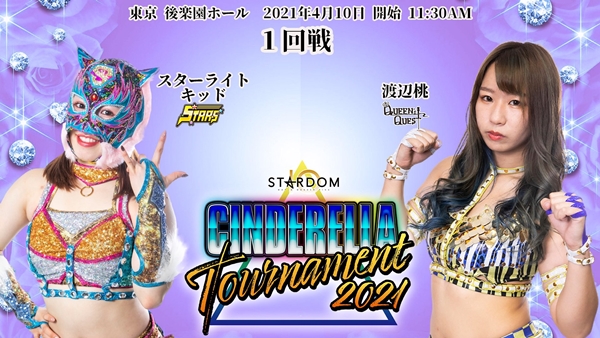 One of the more unpredictable matches of the first round sees Momo Watanabe take on Starlight Kid.  This match is a prime spot for an upset as Starlight Kid could easily eliminate Watanabe via over-the-top-rope elimination.  Kid’s athleticism makes her the kind of wrestler that the Cinderella Tournament was made for as she can upset anyone at any time with the top rope elimination rule in play.

Mayu Iwatani may be primed for a first-round exit in the Cinderella Tournament.  Death is a performer that can use her flash pinfalls to pin basically anyone in Stardom and this seems like a prime way to knock Iwatani out as she isn’t a contender to win the tournament given she and STARS are too busy with Oedo Tai to make use of the usual cinderella wish.

Giulia takes on Oedo Tai’s teenage recruit in the first round.  Giulia goes into this one as the obvious favorite given she won the tournament in 2020 and is coming into this tournament off the back of a Goddess Of Stardom title win.  However, Ruaka has Oedo Tai on her side and Oedo Tai has become adept at cheating in recent times, including helping Ruaka win the Stardom Rumble.  Ruaka eliminating Giulia over the top rope thanks to help from Oedo Tai is a result that wouldn’t shock us although it’s more likely Giulia wins here. 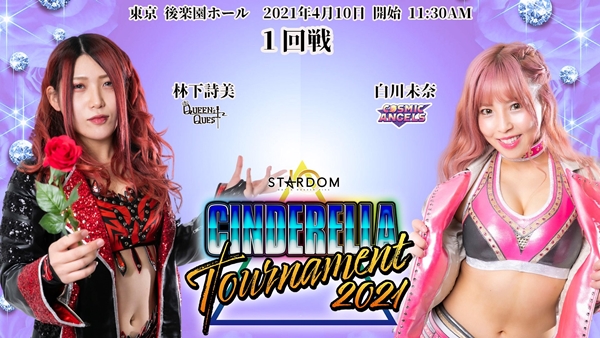 World champion Utami Hayashishita should have no problems putting away Mina Shirakawa in this one.  Hayashishita may not win this tournament but her exit should serve some purpose and an exit at the hands of Shirakawa isn’t likely to lead anywhere in the future given Shirakawa’s lower placement on the card.

This match can go one of two ways.  Saya Kamitani is a dark horse contender to win this tournament, if she defeats Nakano it’s hard to see Kamitani not winning the whole tournament and using her wish to challenge for the Wonder Of Stardom Championship.  The other viable option is this match goes to a draw, eliminating both women and leading to Nakano defending against Kamitani.  Based on recent interactions between these two its clear they’re on a collision path and this match may be the way to spark that confrontation to life. 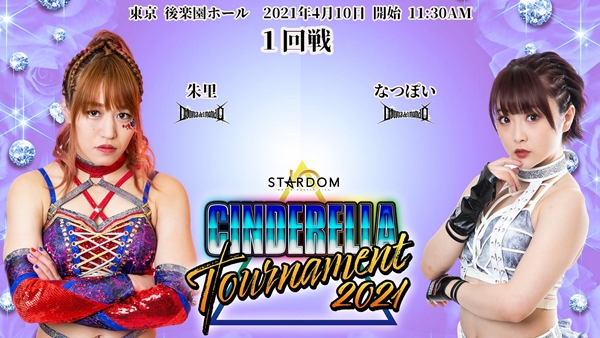 Syuri is our favorite to win this tournament so it seems likely that she will defeat Natsupoi and move on.  The chance of Poi pulling off a shock is there of course as she is the High Speed Champion and she has pulled some wins out of the bag in the past.  But, Syuri is on the hunt for the World Of Stardom Championship and a tournament win is the clearest path for her to get that title shot.

Currently, the tournament favorite has to be Syuri.  Syuri challenged Utami Hayashishita at Yokohama Dream Cinderella, to which Hayashishita responded by telling Syuri to win this tournament if she wants her shot.

Syuri’s Donna Del Mondo teammate Himeka is a dark horse option to win.  Himeka has been booked strong in tournaments in the past and didn’t take the pin when she and Maika lost the titles at Yokohama.  Himeka and Utami Hayashishita have been paired off in tag matches recently and could wrestle on the May 14th Korakuen Hall show to leave Syuri vs Utami available for Ota Ward.

The other viable dark horse that we could see winning is Saya Kamitani.  Ever since her world title match with Utami Hayashishita Stardom has protected Kamitani, giving her this tournament win to kick off a feud with Tam Nakano over the Wonder Of Stardom Championship would be a great way to give her a big win and thrust her into a defining feud with the woman who trained her as part of the Stardom Idols project.