In the previous edition of “Revisiting Wrestling Video Games,” the most memorable titles on the Nintendo Wii were discussed. While the Wii’s importance to the seventh generation of video game consoles can’t be overlooked, it can best be described as a unique beast. Simply put, it was often kept separate from Microsoft and Sony. During the seventh generation, the real feud was between the Xbox 360 and PlayStation 3. This was a race that, by the end, was closer than anyone expected. 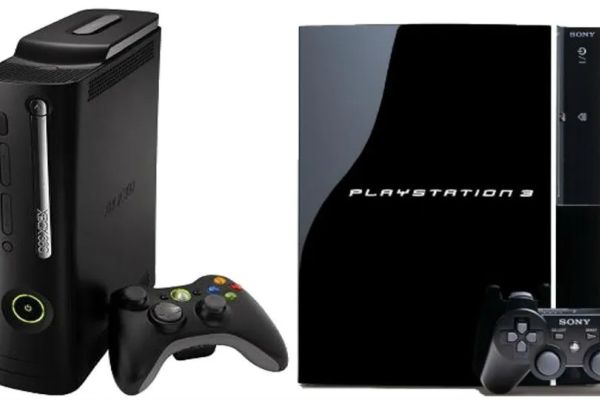 Boasting HD presentations, high-definition graphics, and the most cutting-edge titles during the generation, the Xbox 360 and PlayStation 3 produced a competitive landscape. During the early years of this generation, it seemed like Microsoft had the upper hand. Keep in mind that Sony initially released the PS3 for an expensive $600 (this was one for the 60 GB model; the 20 GB model ran for $500.) Furthermore, the PS3’s infrastructure rendered game development difficult early on. Thus, the 360 was the initial favorite.

However, with time, the PS3 started to gain steam. In addition to a much-needed price drop, a Slim version of the console released, reducing the likelihood of technical issues. This isn’t to say that the 360 was a slouch. Its online service, known as Xbox Live, was incredibly robust. It provided gamers with, at the time, the best way to play online with their consoles. These consoles also featured their own exclusives. While the 360 boasted “Halo 3,” in addition to the “Fable” and “Gears of War” series,” the PS3 exclusives ranged from “Infamous” to “LittleBigPlanet” to the “Uncharted” series. There were specific reasons to focus on both platforms.

In the end, however, the PS3 managed to overcome the 360. While the 360 moved 84 million units, the PS3 edged out with a little over 87 million units. This was a close battle that ultimately saw Sony come out on top. Despite the aforementioned exclusives, they shared similar libraries concerning sports titles. This was true for wrestling video games, of which there was no shortage of on either platform. The following titles are reason to dust off the old 360 or PS3; furthermore, they are all WWE-branded.

“WWE SmackDown vs. RAW 2011,” released in late 2010 in North America and Europe, was a significant title for multiple reasons. First, it would be the last to bear the SmackDown and RAW branding in WWE’s game titles. Second, it included a new game mode that would become a fan favorite. Once again, developer Yuke’s and publisher THQ were at the helm, providing gamers with a new experience on more powerful hardware.

The aforementioned new game mode was known was WWE Universe. This mode put players in the creative seat, allowing them to develop shows and storylines with the game’s roster. WWE Universe included created wrestlers as well, adding to the possibilities. Road to WrestleMania returned for “WWE SmackDown vs. RAW 2011,” providing a more traditional single-player experience. From playing as a custom star aiming to end The Undertaker‘s WrestleMania streak to seeing Christian to the World Heavyweight Championship, there were several stories to play through.

When it comes to criticisms regarding “WWE SmackDown vs. RAW 2011,” commentary is worth pointing out. While hearing Michael Cole and Jerry “The King” Lawler call the action made for an authentic experience, it wouldn’t be abnormal for them to call moves wrong or prove inaccurate in general. Furthermore, the game didn’t have the best collision detection, resulting in moves not registering as they should have. These are just a few hiccups, however. Overall, “WWE SmackDown vs. RAW 2011” is still a solid package any 360 or PS3 owner should check out.

If you were looking for a “revolution” in WWE gaming, “WWE ’13” looked promising enough. With then-headliner CM Punk on the front cover and promotional works, this game’s overall presentation felt unique from past iterations. Additionally, it focused on the Attitude Era, one of the golden eras of the company. “WWE ’13” was once again originally developed by Yuke’s and published by THQ. However, with THQ’s bankruptcy in 2013, publishing rights to the series shifted to 2K Sports.

For those that grew up watching wrestling during the late 90s to early 2000s, “WWE 13’s” new Attitude Era Mode felt like a burst nostalgia. This game provided players with the opportunity to play through historic moments during said era, such as the ascent of “Stone Cold” Steve Austin and the development of D-Generation X. Universe Mode also made a return in “WWE ’13,” this time with more options to suit the creative desires of players. Each show could possess unique elements, including rosters and arenas. Depending on how many changes are made, each show felt like its own separate brand fighting for dominance.

It would be unfounded to say that “WWE ’13” is a flawless effort, however. While the game’s roster was sizable, many wrestlers had clones. For example, the modern Undertaker, The Undertaker from the mid-to-late 90s, and The Ministry version of The Undertaker utilized three separate roster spots. Other wrestlers, including Triple H and Kane, were given the same treatment with their past iterations. Furthermore, new camera angles and vantage points made the game difficult to play at times. For those that can overlook these faults, “WWE ’13” is another worthwhile title to experience.

Since most WWE games share similar philosophies, it’s difficult to determine which title was the “best” during its generation. This is where we have to look at the various features have to offer. How robust are their game modes? Do they offer replayability? Can their creative options help bring life to concepts that perhaps not even the developers considered? When it comes to the best wrestling video games on the 360 and PS3, the Yuke’s-developed and 2K-published “WWE 2K14” is a favorite of many.

“WWE 2K14” provided two new single-player campaigns, 30 Years of WrestleMania and The Streak. While the former allowed players to recreate WrestleMania classics from over the years, the latter took them through waves of opponents en route to The Undertaker, whose difficulty was cranked to the highest level. What players may have noticed was just how different the game felt compared to previous iterations. From movement to performing maneuvers, “WWE 2K14” felt smooth, which made pulling off finishers and OMG Moments that much more rewarding.

Granted, “WWE 2K14” didn’t do as much as it could to reinvent the wheel. Its gameplay was very much an evolution of what had been established. However, modes such as 30 Years of WrestleMania and The Streak provided significant meat to the proverbial bones. The game’s creative suite was also been expanded upon, allowing players to save up to 100 custom characters if they so choose. “WWE 2K14” is viewed by many as the best 360 and PS3 wrestling game and for good reason.

The seventh generation of gaming was vital and its wrestling video games were just a collective piece of the larger puzzle. The 360 and PS3 would also help build the foundation for the next generation, specifically with the Xbox One and PlayStation 4. Speaking of which, next time, we will cover the wrestling video games that matter to hit these consoles.

Check out past entries from the “Revisiting Wrestling Video Games” series!