DDT TV Show has returned. Originally a way to hold shows during the COVID lockdown, it has found new life and will be starting again. The ninth edition of Dramatic Dream Team’s TV program will contain title matches and a match that is three years in the making, all to supplement an already strong showing from the rest of the roster. What does DDT TV Show #9 have to offer?

Two of DDT’s largest roster members collide as one-third of Eruption, Kazusada Higuchi, takes on Yukio Naya. Both use power moves and grueling submissions to take on their opponents. When that is taken out of the equation, who has the advantage? A win over one of the KO-D Six-Man Tag Team Champions would be huge for Naya. However, as Higuchi is facing another powerful man later in the month, with the titles on the line, in Disaster Box, this is an obstacle he must face. 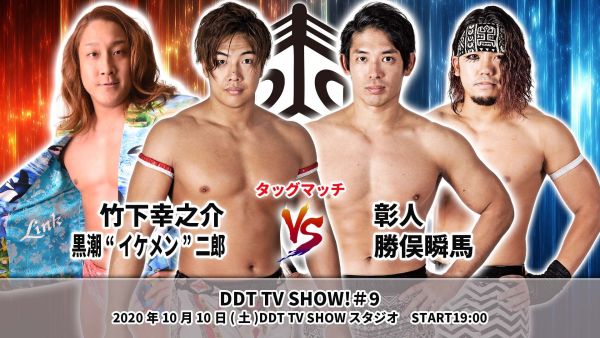 ALL OUT and Jiro Kuroshio take on another faction of ALL OUT. This promises to be a very nice showcase match as Konosuke Takeshita moves toward his match at Ultimate Party 2020 against Jun Akiyama. The combinations of the two teams will make this a very great match to watch. 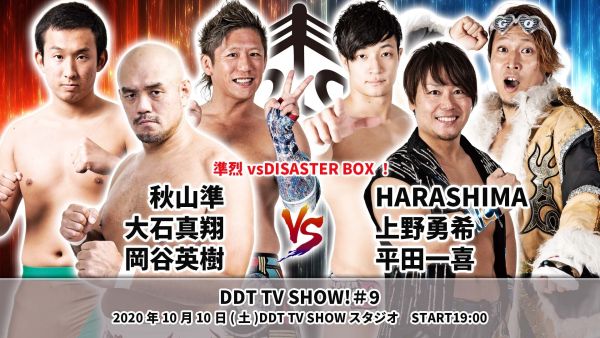 Junretsu had been locking horns with ALL OUT ever since their inception, but that doesn’t mean they can’t make time for another team. It also appears DISASTER BOX has been chosen to face off against the newer faction. Yuki Ueno and Kazuki Hirata are going to need this six-man match experience for their eventual title match against Eruption, but with their third being in the main event, HARASHIMA will be taking his place. 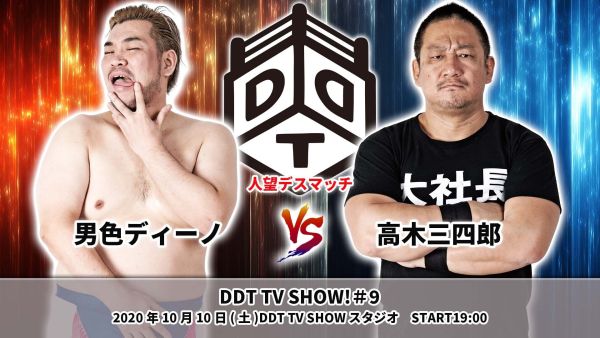 It has been about three years since Sanshiro Takagi and Danshoku Dieno faced off in a singles match. On DDT TV Show #9, they face off again in a popularity deathmatch. The rules are as such: anyone who has expressed admiration for either wrestler may interfere in order to determine which wrestler is more popular. The two had faced off over so many different things in the past from titles to creative control and now whoever is more popular will be their next goal.

This comes off of the heels of the Nautilus defense at Who’s Gonna Top where Naomi Yoshimura got a pin over Chris Brookes. After the match, he immediately challenged for the belt and the title match was made. This has been a great month for Yoshimura, as he not only has this title match but is part of the double title match later in the month against Eruption. However, as shown by the tag title match, Brookes will do anything for gold, and it’s going to take a lot to rip the title away from him.

Stay tuned to the Last Word on Pro Wrestling for more on this and other stories from around the world of wrestling, as they develop. You can always count on LWOPW to be on top of the major news in the wrestling world, as well as to provide you with analysis, previews, videos, interviews, and editorials on the wrestling world.  Make sure to subscribe to Wrestle Universe to see more of DDT and it’s talent as well as the various promotions operating under the Wrestle Universe Umbrella.