After joining up with his international teammates, USMNT’s Christian Pulisic has returned to Chelsea in order to continue his rehabilitation from a hamstring injury, the club have confirmed.

Having picked up a slight knock during the warmups prior to the Burnley match, Pulisic hasn’t featured since and will look to get himself fit for Chelsea’s next fixture.

Stop-Start Opening to the Season for Pulisic

Ever since he joined Chelsea, Pulisic’s time has been marred by injuries. A very bright start, a hattrick on his Premier League debut and a few more goals soon after, preceded a three-month absence.

Then, he returned in sparkling form for the restart, before once again injuring himself in the FA Cup final. Once he returned at the start of this season, he desperately wanted to put his injury woes behind him. However, they refuse to go away.

He was in the starting lineup against Burnley before withdrawing due to injury, and hasn’t played since. The young American has missed more league games than he has played this season, and only started twice.

The season is just getting underway, though, and there is plenty of time for Pulisic to nail down his starting spot and steer clear of injury. For now, though, his only concern will be to get back on the pitch as quickly as possible. His goal will certainly be to be back by next weekend’s match against Newcastle United.

While he may be a youngster himself, Pulisic has already taken a leadership role for his country. That is partly because, at just 22, he’s still above the latest squad’s average age.

Manager Gregg Berhalter has called up 14 players who are 20 or younger, and ten players who have zero caps for their national team. Whereas at Chelsea he’s being mentored by the senior members at the club like Thiago Silva and manager Frank Lampard, when he plays for his country he’s the one doing the mentoring.

Promising youth players such as Gio Reyna and Konrad de la Fuente will surely have benefited from Pulisic’s experience while he was in the camp, which is why he went. If he couldn’t play, he at least wanted to develop a relationship with the squad. By joining for a few days and then leaving, he accomplished exactly that.

Now, Pulisic can continue his process at Cobham, and just focus on fitness. Lampard and Berhalter managed his situation appropriately, and now he can finally get some well-deserved rest ahead of next weekend. Hopefully, he can tear the Newcastle defence apart, as he did to so many other teams last season. 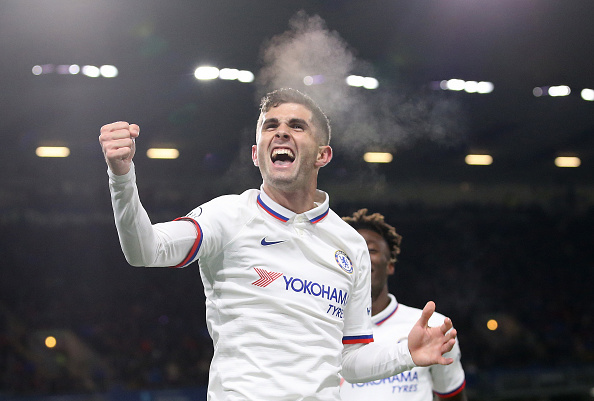