Game Changer Wrestling is prepared to make its Charlotte, North Carolina debut with GCW Sanctified. Not only does this mark the independent wrestling company’s first show in the city, but it promises to feature a blend of current generation stars and veteran wrestlers to boot. From Charlotte native George South to tag team legend Ricky Morton, it’s fair to say that this event will cater to fans across various generations. For those that are unable to attend this history-making event in person, it will air live on FITE as well. Take a deeper dive into the card and a few featured matches. 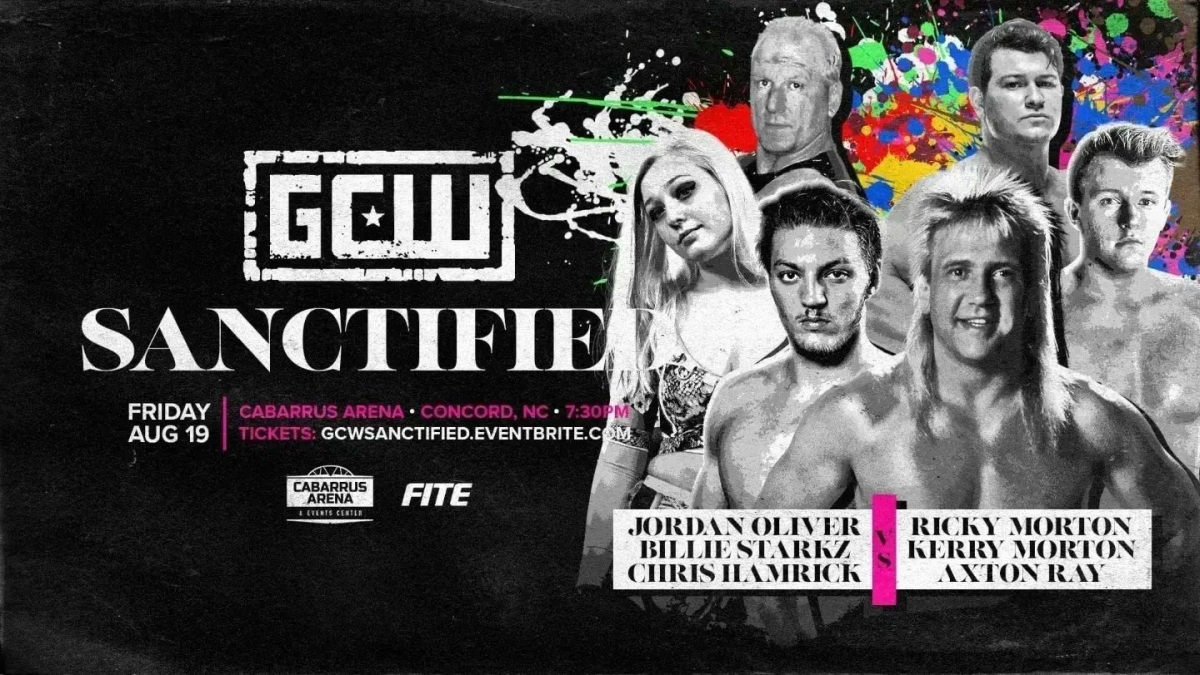 A Meeting of the Young and Old

When it comes to matches that exemplify the meeting of generations, few are as notable as this. At GCW Sanctified, six competitors across different eras will take part in tag team action. Jordan Oliver and Billie Starkz are two of the more notable stars in Game Changer Wrestling and its sibling promotions, Jersey Championship Wrestling and LA FIGHTS. This Friday, they team up with Chris Hamrick, a North Carolina born-and-bred veteran wrestler. Hamrick began his career in the early 1980s, working with a number of independent organizations. He also enjoyed a stint with Extreme Championship Wrestling until the company’s closure in 2001, taking on the nickname “Confederate Currency.” At 55 years old, Hamrick is still active in wrestling, though this match marks his GCW debut.

On the other side of the ring will stand the trio of Axton Ray, Kerry Morton, and the latter’s father, Ricky Morton. For anyone that’s a fan of old-school wrestling, Ricky needs no introduction, having enjoyed extensive tag team success alongside Robert Gibson as The Rock ‘n’ Roll Express. While Ricky remains active in wrestling, he has most recently been working alongside his young son, Kerry, who can also be seen working for such promotions as the National Wrestling Alliance. Meanwhile, Ray has been active in wrestling as far back as the early 2010s, working for GCW and its sibling promotions, not to mention Ohio Valley Wrestling. It will be interesting to see, between both teams, how these generational styles will mesh. This will be one bout to keep an eye on as GCW Sanctified draws closer. 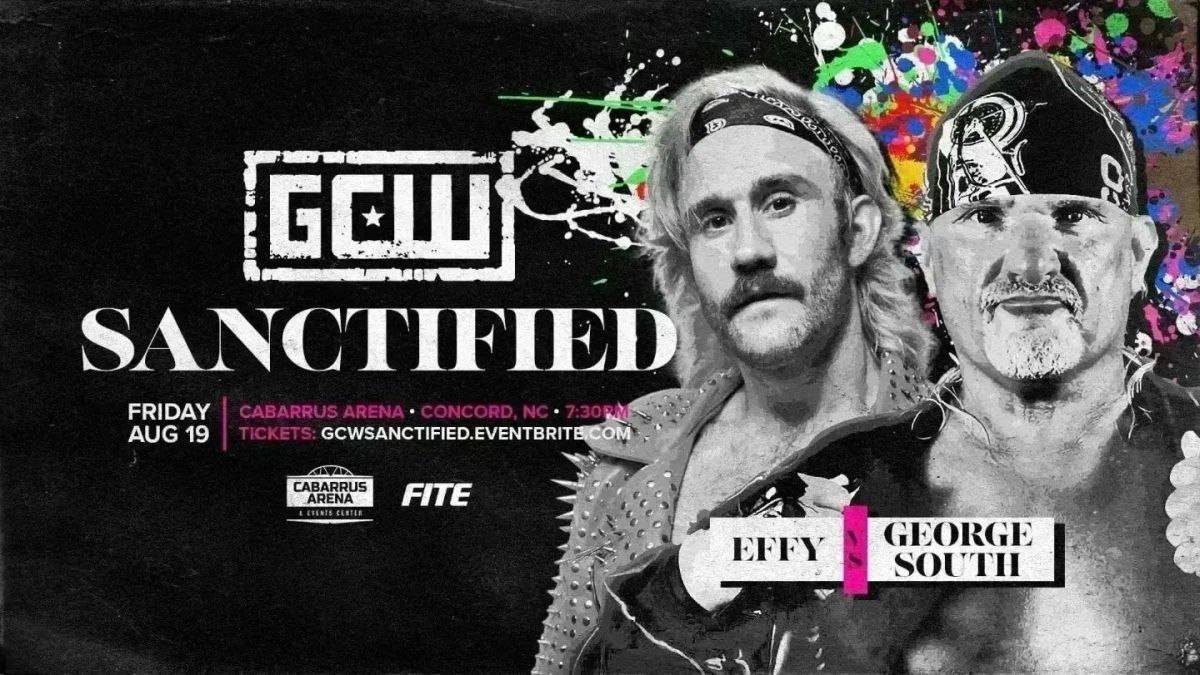 Another veteran making his Game Changer Wrestling debut this Friday, hailing from Charlotte, is George South. Since his professional wrestling debut in 1982, South touched many of the major organizations during his time. From Jim Crockett Promotions to World Championship Wrestling to the World Wrestling Federation, he is a well-traveled legend. This doesn’t even begin to touch on his time in smaller organizations including Southern Championship Wrestling and Smoky Mountain Wrestling. While he may have slowed down during his 50s, George’s work on the independent scene continues to this day. One of the promotions he hasn’t touched, up until this Friday, has been GCW. At Sanctified, he squares off with one of the company’s most popular stars. Moreover, this is a star with a chip on his shoulder.

The phrase “EFFY is Fine” may be in question following the events of this past weekend. At GCW Homecoming 2022 Part 1, which took place this past Saturday, EFFY challenged Jon Moxley for the GCW World Championship. “The Weapon of Sass Destruction” put forth a valiant effort against the titleholder, standing toe to toe with Moxley and even becoming the recipient of a surprise liplock. Despite his best attempt to thwart the champion, Moxley walked out of The Showboat in Atlantic City, New Jersey with the world title still in his possession. Not one to be deterred for too long, EFFY will enter Cabarrus Arena in Charlotte to face off with an established veteran of the squared circle. Can EFFY redeem himself following his failed title victory, or can South make his GCW debut a success at the expense of one of its most prominent stars?

Stay tuned to the Last Word on Pro Wrestling for more on this and other stories from around the world of wrestling, as they develop. You can always count on LWOPW to be on top of the major news in the wrestling world, as well as to provide you with analysis, previews, videos, interviews, and editorials on the wrestling world. GCW Sanctified is set to air Friday at 7:30 PM EST on FITE. Tickets are also available via Eventbrite.