This Saturday, Game Changer Wrestling will see the fallout of Welcome to Heartbreak with its follow-up event, GCW The Coldest Winter. Once again, the action will take place within the Ukrainian Cultural Center, located in Los Angeles, California. Furthermore, there are several matches set to take place featuring everyone from GCW staples Jimmy Lloyd and Tony Deppen to outside talent including All Elite Wrestling star Thunder Rosa. Whether you’re attending this event live or planning on watching via FITE, take a deeper dive into the action to come. 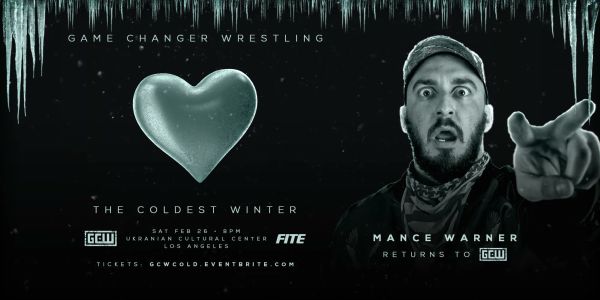 Outside of the in-ring fare set for GCW The Coldest Winter, Mance Warner will be in attendance. While he won’t be competing in Los Angeles, he will be present to make an announcement. To be more specific, the former GCW Tag Team Champion will address his future. What this entails is unclear, though it is worth noting that he hasn’t wrestled a match since October. For the uninitiated, he faced Dirty Dango at a Next Generation Wrestling event in Knoxville, Tennessee. During the match, Dango threw Warner out of the ring, which resulted in the aforementioned injury. The following month, Warner reportedly underwent surgery, with no clear timetable for a return to action.

Any road to recovery following surgery is an extensive one; this looks to be no different. The question on the minds of fans is, what will Warner have to say concerning his future? Whether he intends on calling it a career or announcing a return to action, just to name a few possibilities, remains to be seen. The optimist in many a fan will anticipate that he’ll be back in action, though. “Ol’ Mancer” is an accomplished independent star, having won world title gold in AAW, IWA Mid-South, and Combat Zone Wrestling, not to mention going all the way in the Nick Gage Invitational 5 in 2020. Tune into The Coldest Winter to see what Warner has to say. 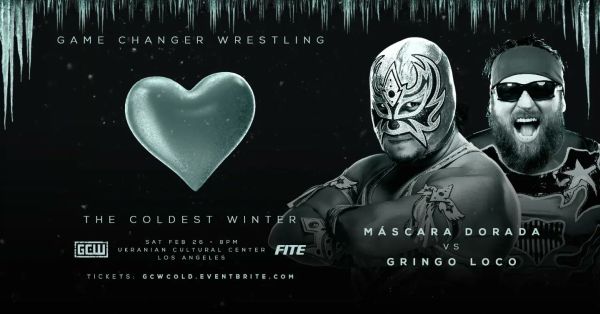 For those that have been following the news regarding this year’s Collective, it’s been announced that Gringo Loco will be holding his own event during this year. The WRLD on LUCHA will feature a number of lucha libre stars under one roof. To say that this is a hotly anticipated show would be an understatement; whenever Game Changer Wrestling announces matches featuring luchadors, fan excitement intensifies. These matches tend to be some of the most talked-about at their respective events. At GCW The Coldest Winter, fans will see something of a teaser for The WRLD on LUCHA as Loco battles Máscara Dorada in their first singles encounter.

Dorada made his GCW debut at Fight Club 2: Houston earlier this month, where he faced Loco, ASF, and Blake Christian in a four-way encounter. Though it was Christian that won this encounter, Dorada had an impressive showing, pulling off such techniques as breathtaking dives. This should come as no surprise to anyone familiar with “The King of the Ropes,” either. His reputation between the ropes speaks for itself. He earned most of his accolades in Consejo Mundial de Lucha Libre (CMLL), but in 2022, he will aim to see success anywhere he can. This quest continues at The Coldest Winter when he takes on Loco in what promises to be a must-see match. 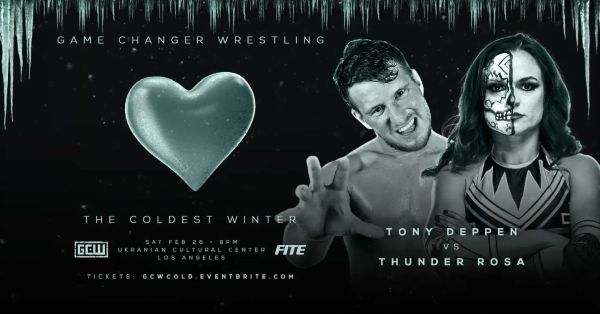 For the First Time Ever

Tony Deppen vs. Thunder Rosa will be another first-time singles encounter, not to mention one with strikingly different personalities in place. While regarded as a solid technical wrestler with hard-hitting strikes to boot, Deppen is incredibly animated, making him one of the most charismatic stars in GCW. Meanwhile, the intense Rosa is all business, her goal being to win at all costs. Deppen’s work in GCW dates back to August 2016, where he defeated Azrieal at A Date With Destiny. Meanwhile, Rosa first appeared for the company at this past October’s Fight Club event, being a surprise competitor in the Scramble Match.

Though starkly different wrestlers, as mentioned earlier, Deppen and Rosa could very well put on the match of the night at GCW The Coldest Winter. This is evident based on Deppen’s recent work in GCW alone; this is true whether against Demonic Flamita, Bandido, or Mike Bailey, just to name a few examples. Despite his aforementioned animated demeanor, Deppen’s ability to wrestle high-level matches against different opponents can’t be understated. Rosa is an accomplished wrestler in her own right, capturing gold in various organizations and putting on intense matches against the best that independent wrestling and AEW have to offer. Keep an eye on Deppen and Rosa’s first singles encounter this Saturday.

GCW The Coldest Winter will take place in Los Angeles, California on February 26, 2022.

Stay tuned to the Last Word on Pro Wrestling for more on this and other stories from around the world of wrestling, as they develop. You can always count on LWOPW to be on top of the major news in the wrestling world, as well as to provide you with analysis, previews, videos, interviews, and editorials on the wrestling world. GCW The Coldest Winter is set to air Saturday at 8 PM PST on FITE. Tickets are also available via Eventbrite.