On this week’s NWA USA, viewers will see continued action in the Junior Heavyweight Championship picture. As the picture in question continues to develop, viewers will learn of the individuals that step closer to claiming championship gold. Additionally, viewers will get to see a select few share their thoughts on different events in the National Wrestling Alliance. It all takes place today at noon on FITE and the official NWA YouTube channel. Here’s what to know heading into NWA USA Episode #2. 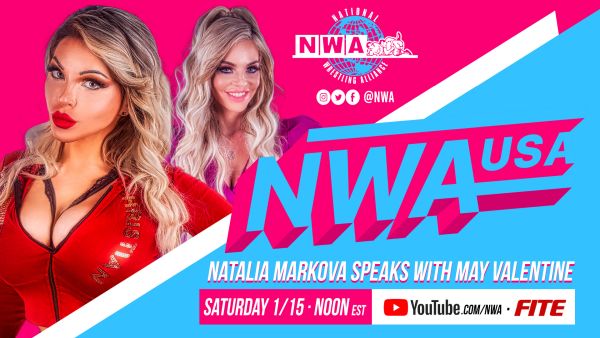 On the January 5 edition of NWA Powerrr, Natalia Markova took on Paola Blaze in singles competition. This was a tall order for the Russian star, particularly since her opponent had the always chipper yet mischievious Taryn Terrell in her corner. Despite a few moments of offense from Blaze, however, Markova remained in control for the most part, ultimately picking up the victory. It’s important to note that this match marked the Powerrr debut of Markova, who has had a breakout 2021 on the independent scene. The fact that she held 3 different titles across said scene is a testament to this. Needless to say, she has her sights set on more gold, which may lead her to the NWA World Women’s Championship down the road. What will “The Russian Crush” have to say in her upcoming interview with May Valentine? Will we learn more about her goals for the new year? Check out this interview on NWA USA Episode #2. 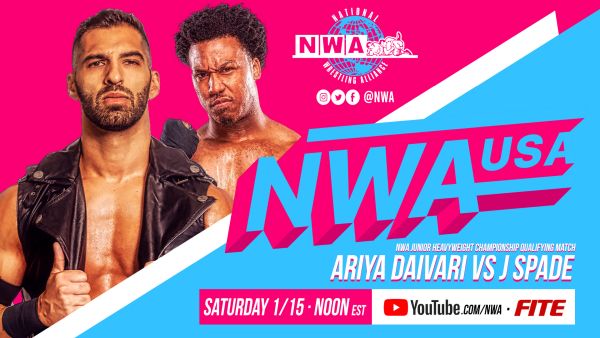 In continued NWA Junior Heavyweight Championship qualifying action, Ariya Daivari goes toe-to-toe with J. Spade to determine who moves further toward the gold. On last week’s edition of NWA USA, in their own qualifying matches, Colby Corino and Luke Hawx moved on. Episode #2 features a continuation of said action and it promises to be an encounter not to miss. J. Spade, also known as “The Wilcard,” is a New Orleans-born wrestler that’s been making his name across various promotions, including FEST Wrestling, WildKat Pro Wrestling, and even Ring of Honor. WWE fans may be familiar with Daivari due to his work in the inaugural Cruiserweight Classic and 205 Live, being one of the stalwarts of the cruiserweight division before his release this past summer. Daivari intends on making the most of his new independent run and a victory here could set him on the right path. See who advances, following this match, on NWA USA Episode #2.