AEW Battle of the Belts is sure to be one heck of a Saturday night for all the All Elite Wrestling loyalists out there. AEW looks to start the year off with a bang. Three amazing shows, all in one week, have filled with pay-per-view level matches. If AEW Dynamite and AEW Rampage are to go by. we will all be in for a treat this weekend.

Battle of the Belts is the first of four Saturday Night Fight Night events that AEW has got in store for fans this year and it’s definitely shaping up to be one stunner of a show. Two titles will be on the line as both the TNT and AEW Women’s World Championships will be at stake. With all that out of the way, what else are we waiting for? It’s Saturday Night Fight Night live on TNT! Let’s run it down. 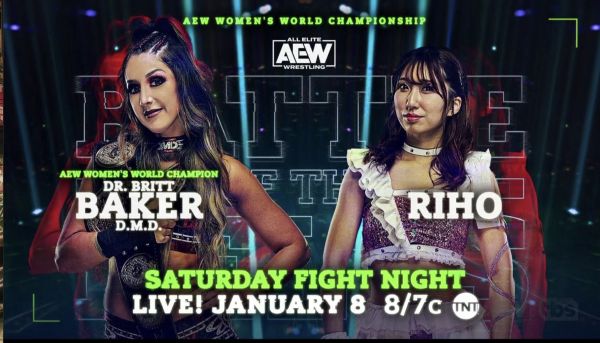 The number one contender Riho looks to recapture the gold as she faces off with reigning and defending AEW Women’s World Champion Dr. Britt Baker, D.M.D. on the first-ever edition of the Saturday Night Fight Night special. Riho earned her shot by defeating Baker in a “Black Friday Deal” match on the Black Friday edition of AEW Rampage. This was an amazing feat for Riho considering Baker has been absolutely dominant ever since she ended the historic run of Hikaru Shida at last year’s Double or Nothing.

From then on out, Baker has been nothing short of spectacular. In fact, in her first title defense after winning the title, she took on “The Native Beast” Nyla Rose and not only survived the beast but vanquished her. The monumental victories did not stop there, as Baker beat the very best All Elite Wrestling had to offer. These included Kris Statlander, Red Velvet, Ruby Soho, and Tay Conti. However, it seems like Britt has met her match, so to speak.

Every single time, Riho has come out the other end victorious against Baker in convincing fashion. With that being said, you would think that the Joshi sensation may have rattled the cage of the champion. But, as we have seen over the past couple of months, Baker has shown more than enough fight in her to rise to the occasion. This is especially if it means keeping the strap in her possession. It’s going to be one heck of a Saturday night, ladies and gentlemen! Two of the most phenomenal wrestlers on AEW’s roster collide for one of the most prestigious prizes in all of professional wrestling. Will Riho continue her hot streak against the good doctor and be a two-time champion? Or will Dr. Britt Baker, D.M.D. retain once again and conquer another top-level performer?

As part of the ongoing feud between Team Taz and Dante Martin, Ricky Starks is aiming to send a message by defending the FTW title against Sydal.  As noted by Starks, it took Dante Martin three attempts to finally defeat the veteran Sydal. Starks aims to do so on the first attempt 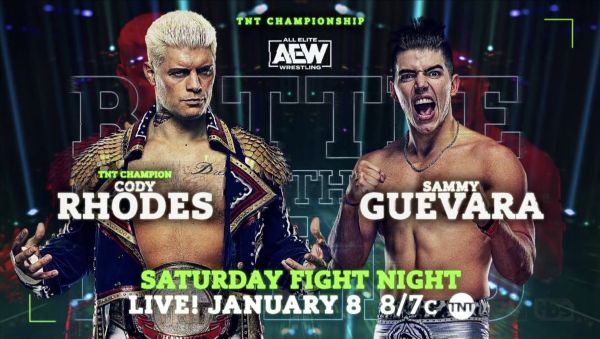 Note: Due to medical protocol this match will now be Sammy Guevara vs Dustin Rhodes to be crowned Interim TNT Champion

Two weeks removed from winning the TNT Championship for a historic third time, “The American Nightmare” Cody Rhodes takes on the very man he beat the title for Sammy Guevara. Just last week on the New Year’s Smash edition of Rampage, Rhodes put on a tremendous showing against a determined “All Ego” Ethan Page. It was one grueling affair and both men went back and forth for the majority of the match. However, when it’s “game time”, Rhodes knows how to take it to another level. Ultimately, Cody dispatched Page, coming away with the title still intact.

Three consecutive championship matches later, one would wonder if Rhodes has it in him to take down Guevara once again. After all, both men took each other to the limit back at the Holiday Bash edition of Rampage, Regardless of the outcome, surely both competitors will give it their all to walk away as TNT Champion. It’s the rematch, “The American Nightmare” against “The Spanish God”. Don’t you dare miss it, folks; it’s Saturday Night Fight Night only on TNT!