With Fete Forever, on the horizon for Beyond Wrestling this Sunday, the company seems to be gaining momentum with every episode of Uncharted Territory. This week, Allie Katch makes a return to Beyond after a short while away, as does EFFY, who spent a little bit longer away. Each match could main event this show and it just feels like Beyond Wrestling is creating their best work yet, each and every week. Here’s what to know heading into Uncharted Territory, Season 3, Episode 9. 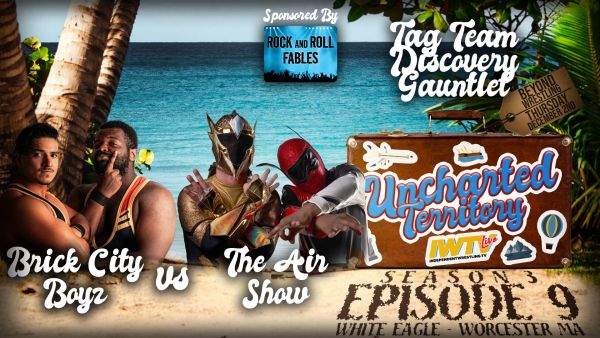 Following a somewhat tarnished victory over Waves & Curls last week, Brick City Boyz are the defending champions in the Tag Team Discovery Gauntlet, whether anyone likes it or not. The Air Show has made their presence felt throughout New Jersey, in promotions such as Camp Leapfrog, and their speed along with high flying skills might just be enough to take down their larger opponents. The fact of how well the Brick City Boyz work together combined with their technical skills and raw power might make this one a bit uneven though. If Brick City Boyz are able to keep The Air Show grounded- and one would assume that is their game plan- then they should have the advantage and pick up the win here. 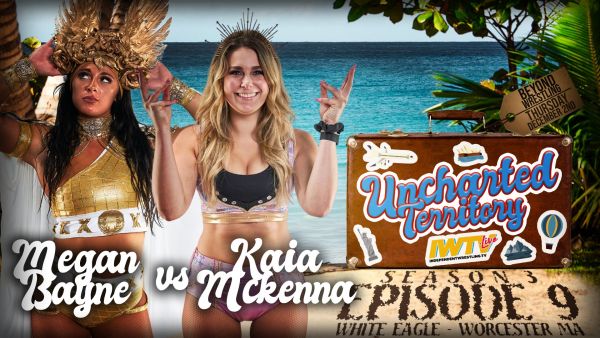 For a brief moment in time, it looked as if Megan Bayne was going to finally taste defeat when a match was scheduled against Trish Adora. Though that match still has yet to happen (and Women’s Wrestling Revolution Plus has once again seemingly gone on hiatus) there is that chance every so often that someone will come along and hand Bayne a loss. This week, the opponent who might just make that happen is Kaia McKenna. Even without the use of her witchy magic, McKenna has had quite the rookie year in 2021, and scoring this victory would be quite the way to top it off. Megan Bayne might be underestimating Kaia McKenna and when all is said and done, hopefully McKenna has a big night for herself. 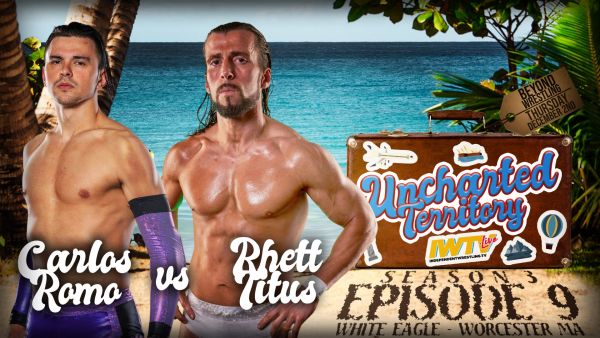 Carlos Romo is making his return to the United States from the United Kingdom and the first stop on the U.S. tour is against Rhett Titus. Titus has had some losses while in Beyond Wrestling, but most recently, he has two wins over Jora Johl. If Romo had not been keeping up to date on the matches of Titus these past few decades in Ring of Honor, it is okay as Titus hasn’t really done anything of note. Romo has not been in Beyond Wrestling in almost two years, and on his first match back in the United States, it’s going to set a tone for his entire trip here. Victory has to be on his mind more than it would ever be before; this should spell trouble for Rhett Titus. 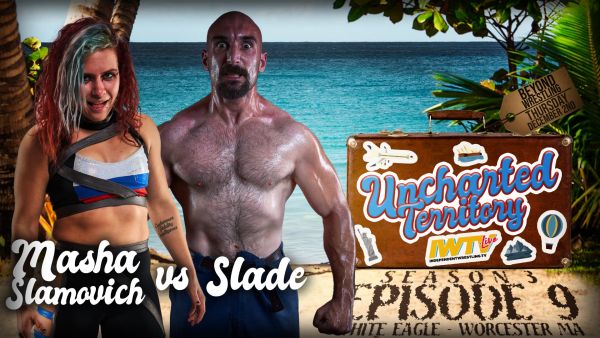 Coming off of a hard-fought victory over Charli Evans, Masha Slamovich must be looking to continue her winning ways in Beyond Wrestling. At the same time, one could only assume that the loss suffered last week by Slade at the hands of Matt Makowski would only serve to light a fire underneath him as not to lose two weeks in a row. This match will likely become No DQ, as was the case with Slade vs Matt Makowski last week, and both of these competitors will beat each other until one is no longer able to stand. This is going to be a war with weapons and it is going to be an absolute joy to watch. 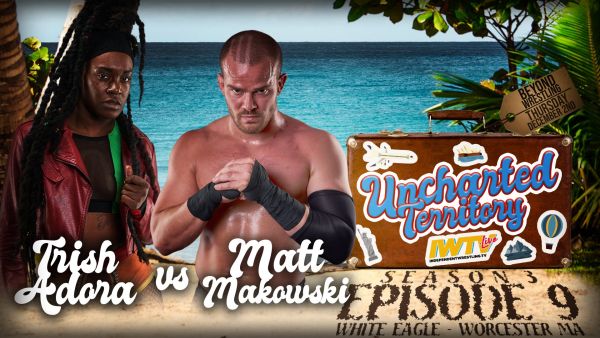 Trish Adora has been having some of the best matches of her career inside of a Beyond Wrestling ring (and she has been winning them). Matt Makowski has also been putting together this winning streak, which he should hope to carry him into this Sunday at Fete Forever against Wheeler Yuta. The interesting aspect of this match is that it should be a technical affair with high stakes, so the word to best describe this one is competitive. Adora wants to remain winning, following wins over Suge D and Jordan Blade and a loss here might make her seem more vulnerable in a title defense later on down the road. At the same time, Makowski needs that win for momentum going into his match this Sunday against Yuta, a match which if Makowski wins, he could be in line for a title shot against Alex Shelley. There is a lot riding on this match, and on Thursday, something has to give. 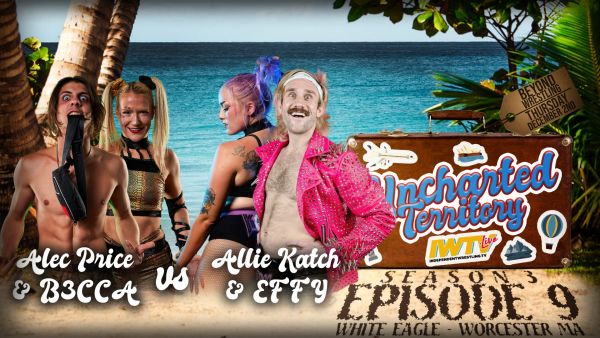 Ever since Alec Price and B3CCA joined forces in Beyond Wrestling, they have been met with boos from the crowd and yet have been seemingly unstoppable in the ring. Perhaps the ones able to defeat Price & B3CCA are another pair of wrestlers who are on the same page just as much as them and that is Allie Katch and EFFY, collectively known as BUSSY. While Katch has spent time hinting on Twitter about wanting a match against B3CCA, putting Price and EFFY into this equation just adds that much more intrigue to the match. All four of these competitors will be able to hold their ground with each other and there is no weak link among them so it will be interesting to see who pins who. Regardless, this should be an amazing tag team match and once it is all over, EFFY will still be fine.

With only six matches official for this card, there could be one or two more added before Thursday along with the announced Spotlight Match. For the past two weeks, Love, Doug has been victorious in the Spotlight Match so perhaps he will make his return this week. This match will only be streamed on social media, so it is best to find someone streaming it from the venue before it starts!