With 2021 nearing its conclusion, Game Changer Wrestling has a number of shows to go. Case and point, this Friday, GCW So High comes to fans from Houston, Texas. The company hasn’t been in the area since July when it held its Fight Club: Houston event alongside Loko Wrestling. There is plenty to be seen on this show, including the debut of a world champion across 2 organizations. Whether you plan on being in attendance or watching on FITE, here is what you should know. 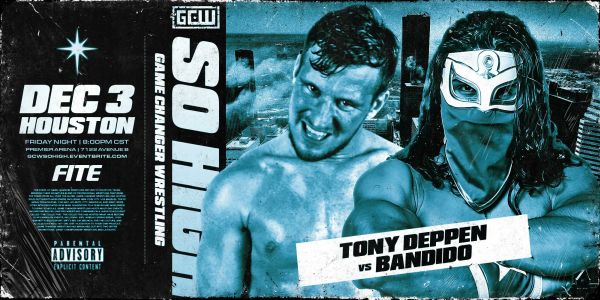 One of the highlights of this show will be the Game Changer Wrestling debut of Bandido. As the reigning world champion of Ring of Honor and Pro Wrestling Guerrilla, he is among the most popular stars on the independent scene today. His combination of high-flying offense, sheer strength, and presence has made him one of the wrestlers to see anywhere he’s competed. Bandido made his professional debut in 2011 and has wrestled across countless organizations. ROH, PWG, New Japan Pro-Wrestling, Consejo Mundial de Lucha Libre – there have been few places this well-traveled star touched. This Friday, Bandido adds GCW to the list, and based on his opponent, he has quite the night ahead of him.

This upcoming match with Tony Deppen harkens back to their recent work in Ring of Honor. For the uninitiated, prior to the company’s recent closure, there has been what can best be described as faction warfare in ROH. Two of the warring factions were MexiSquad (Bandido, Demonic Flamita, and Rey Horus) and VLNCE UNLTD (Deppen, Homicide, Brody King, and Chris Dickinson). Despite this, it may surprise fans to know that Bandido and Deppen never squared off in singles competition, nor have shared the ring in general. This changes at GCW So High, where they lock up for the very first time. Simply put, this is a highly anticipated encounter and an undeniable proving ground for Bandido to boot. 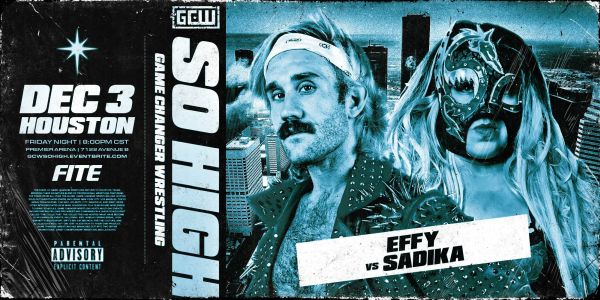 Another match to anticipate at GCW So High is company favorite EFFY going head-to-head with powerhouse luchadora Sadika. This is a notable encounter in that it marks their first singles match against each other. EFFY has had his hands full as of late, both in GCW and elsewhere. In addition to BUSSY’s seemingly neverending feud with the self-proclaimed “Deathmatch Queen and King,” Chelsea Green and Matt Cardona, EFFY recently fell short of winning gold. At last month’s ROH Honor for All event, EFFY teamed with AJ Gray in a losing effort against GCW Tag Team Champions The Briscoes. Despite this setback, he will have to be at the top of his game heading into this Friday’s show.

The one element that can measure up to Sadika’s sheer power is her propensity to take any match to the extreme. Given that she’s been part of numerous deathmatches across different promotions, this should come as little surprise. Loko Wrestling, Lucha Libre Femenil, ICW No Holds Barred – these are just a few of the organizations where she took her proverbial flag and stuck it in the ground. Keep in mind that she’s no stranger to GCW, evening challenging then-world titleholder Nick Gage this past July at Fight Club: Houston. So High will be only her third GCW event, but if there’s anything that can be said about the luchadora, it’s that she will aim to make the most out of this opportunity. 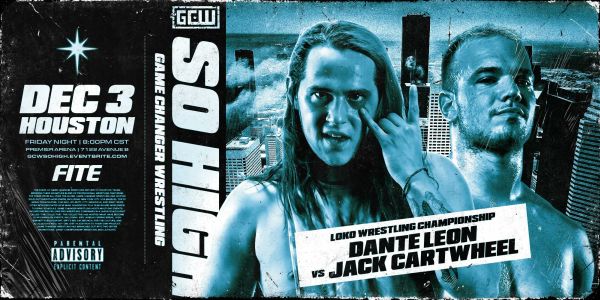 The Loko Wrestling Title Will Be Defended

Speaking of Loko Wrestling, GCW So High features a sole title match. The current reigning Loko Wrestling Champion, “Endseeker” Dante Leon, will defend the title against California native Jack Cartwheel. For some background, Leon is a Seth Rollins trainee, having learned at the Black And Brave Wrestling Academy. Furthermore, he has become one of the premier talents to watch on the independent scene. In 2021 alone, he made 17 appearances at GCW-branded events, picking up victories over names including Nick Wayne and Myron Reed along the way. “The Endseeker” also captured the Loko Wrestling Championship this past May, besting Sadika at the promotion’s Slow It Down Kid event. At So High, Leon puts the gold on the line against a man he shares some history with.

For the uninitiated, this isn’t the first time Leon has squared off with Cartwheel. This past summer, they took part in 3 matches together, one of which was a singles bout at GCW You Only Die Once. The latter encounter saw Leon defeat Cartwheel, though the Loko Wrestling Championship wasn’t on the line. Cartwheel is a relative newcomer to the wrestling business; he began training in 2018 before making his professional debut the following year. He’s also a well-trained athlete, not only boasting a background in gymnastics but football. On paper, as in practice, this creates a skill set that’s tailor-made for pro wrestling. Whether in GCW, Pro Wrestling Guerrilla, or elsewhere, Cartwheel’s stock is rising and it may reach a new level at So High if he can best Leon for the Loko Wrestling title.

Stay tuned to the Last Word on Pro Wrestling for more on this and other stories from around the world of wrestling, as they develop. You can always count on LWOPW to be on top of the major news in the wrestling world, as well as to provide you with analysis, previews, videos, interviews, and editorials on the wrestling world. GCW So High is set to air Friday at 8 PM CST on FITE. Tickets are also available via Eventbrite.