If you happen to have a Saturday to spend in New York or have access to Twitch, MV Young’s PolyAm Woodstock might just be the show for you to check out! From live music to tattoo artists, food and so much more, this event promises all of the aforementioned and then some. Here is what you should know.

Other Events Scheduled Alongside PolyAm Woodstock

Invictus Pro Wrestling – For What It’s Worth

Invictus Pro Wrestling will present their card For What It’s Worth. At the previous Invcitus Pro show, Pancakes won a match that got him a title shot. The title match will happen at this show against current Invictus Social Media Champion Big Game Leroy. Also scheduled for the Invictus side of things is PB Smooth vs Killian McMurphy.

Invictus Pro has also started a tag team tournament to crown their first-ever Invictus Tag Team Champions. Two tournament matches are to be featured on this show with Yokai taking on Milk Chocolate, and Inzanely Rude vs Kings of the District. Regardless of the outcome, the first-ever Invictus Tag Team Champions definitely have their work cut out for them.

No Peace Underground has an event with perhaps the least known about it. Titled Ayahuasca, it will feature PolyAm Woodstock host MV Young vs Jimmy Lloyd, Treehouse Lee vs Grim Reefer, and Vincent Nothing vs Matt Makowski. One would expect more matches to be announced at the show, but with the talent on hand, there will be no short supply of killer possibilities!

Perhaps the most interesting show is to be the Industrial World Wrestling crew vs Technique 2 Training Wrestling Academy. Darius Carter will try and out-wrestle Robert Martyr while other highlights include Brother Greatness vs Sazzy Boatright (who will be played to the ring by MA punk band Sorry Mom), Delightful Dan the Goddamn Candy Man & Erica Leigh vs Supa Nitro & Big Game Leroy, Karen Bam Bam vs Indigo with Killian McMurphy, Chris Ryan, JGeorge, Logan Black, Chris Benne and others also scheduled to appear.

The main event – the MV Young’s PolyAm Woodstock show itself – boasts fourteen huge matches, sure to leave everyone satisfied by the end of the night. 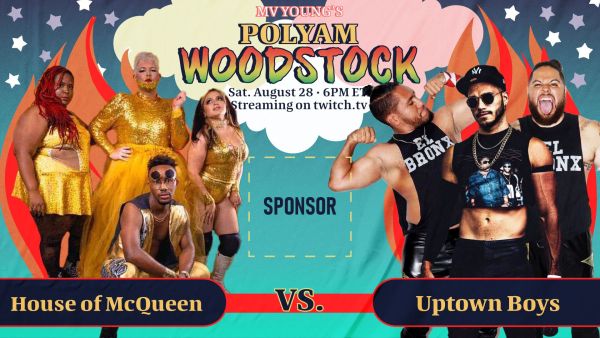 Four-On-Three Handicap Match: The House of McQueen vs The Uptown Boys

Karen Bam Bam pulls double duty as she teams with DM Kiddeaux, Eddy McQueen, and Gabby Ortiz to take on El Jhonny Santos, Jarrett Diaz, and Matt Awesome. This one will be full of action and if you are there in person you certainly won’t know who to keep your eyes on. Everyone is bound to be up to something.

Athrun Amada has been on quite the run lately, slowly getting better with each and every match. Saieve Al Sabah is that measuring stick in many ways. This match could push Amada to the limit and easily bring the best out in both competitors.

It seemed like only a matter of time before these two met and this is a huge match for a huge show. Ken Broadway has the size advantage and both of these wrestlers have speed, but Eel O’Neal might just be able to pull this one off. Regardless, this will be one for the ages. 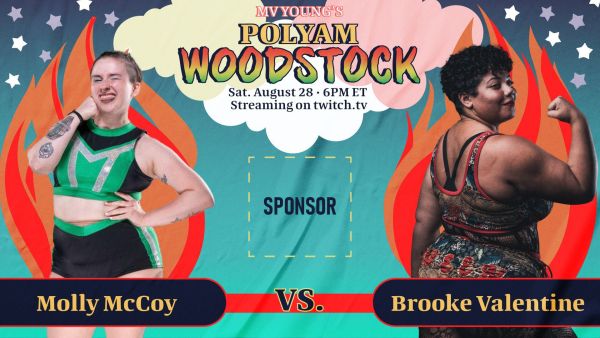 When you talk about women who hit hard that you would like to see hit each other hard, there might not be a better match-up than Brooke Valentine vs Molly McCoy. This might actually be the hardest-hitting match on the entire card! 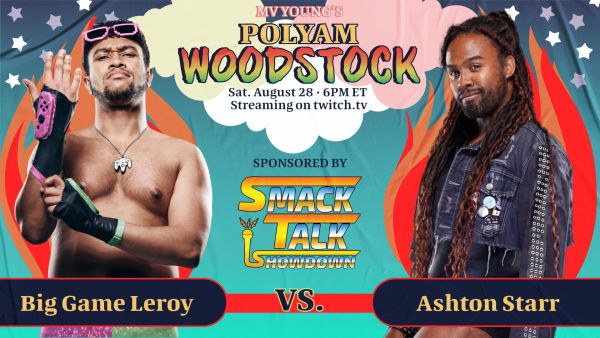 Big Game Leroy pulls at least triple duty on this show. By the time he gets to this match with Ashton Starr, you’ll wonder whether or not his switch will have to charge. If there was ever a more even match-up, it isn’t on this show, and this one is just going to be plain good. 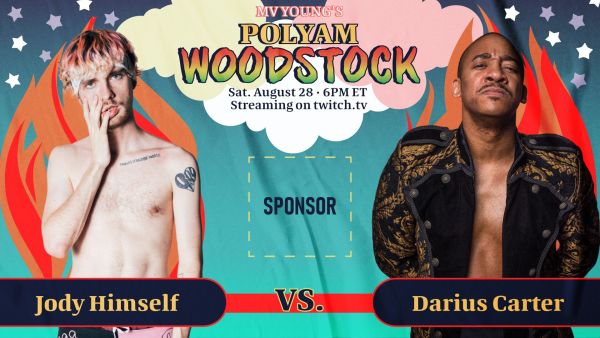 Jody Himself vs Darius Carter

If anyone can survive a beating from Darius Carter and pull off the win, it’s Jody Himself. This match should see Jody Himself pushed to the point of feeling like the end but then somehow see Darius Carter taking the loss. 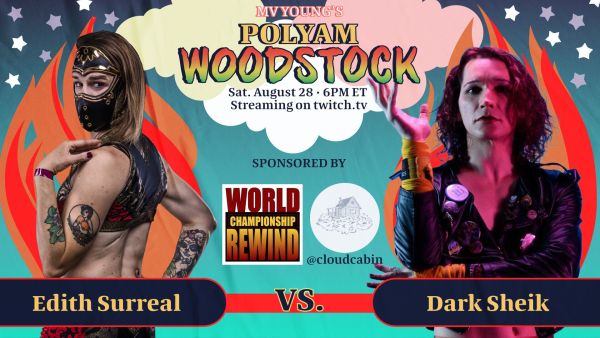 Anyone who watched “The Life Of Edith Surreal” on IWTV knows Surreal and Dark Sheik are friends. However, friendship goes out the window when you’re on the biggest stage of them all, trying to prove that you are the best. This is also the first match back for Edith Surreal, in quite some time, so you can expect that she is going into this match feeling like she has something to prove.

A match perhaps no one thought possible, Billy Dixon has been dipping into the deathmatch scene recently and AKIRA has also been featured in non-deathmatches, so this could go either way. The smart prediction, though, would be blood and plenty of it.

Gonna look so good on my mantle https://t.co/OUfcRsIr2V

What would Woodstock be without Hippy Dicky Moon? This show was made for him and so a title match against MV Young, for the Wrestlers’ Lab Championship, only seems fitting. Whether or not Hippy Dicky Moon can capture the gold (MV Young facing Jimmy Lloyd earlier in the day certainly seems to work in the favor of Dicky), I am certain that both of these wrestlers are out to have a good time.

Matt Makowski, Colin Delaney, Josh Fuller, The Mane Event, The Apostles of Chaos, Jet Jaghori, Shawn Phoenix, Commander Sterling, Jared Evans, and more are also scheduled to appear on this show! Sit back, relax and watch the whole thing unfold on Twitch if you cannot be there live. For more information, follow MV Young on Twitter: https://twitter.com/KingMVYoung