On Saturday night, Limitless Wrestling‘s Vacationland Cup returns and it is perhaps the biggest VLC that has ever been because of the amount of talent featured in it. Along with the five VLC matches, there are also four announced non-tournament matches. Let’s take a look at what’s to come at the Vacationland Cup 2021 event this Saturday. 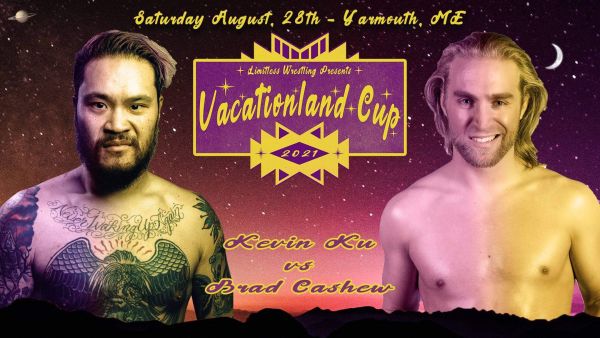 Kevin Ku can be a deadly striker, but Brad Cashew is astonishingly athletic. Ku can hold his own though when it comes to wrestling and not just striking, so expect this one to break down into a mat game, a game which Cashew can win. 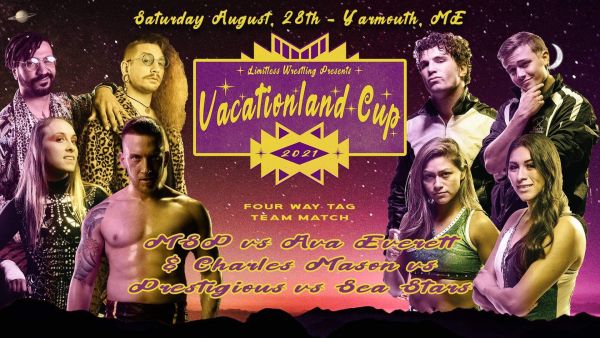 MSP vs Ava Everett and Charles Mason vs. Prestigious vs Sea Stars

Limitless Wrestling will continue to not create tag team titles, but they will continue to book solid tag teams. MSP and Sea Stars seem the odds on favorite duos to win here, while the truly evil force of Charles Mason & Ava Everett could prove to be unstoppable. As long as Prestigious takes the most beatings, the fans will go home happy. 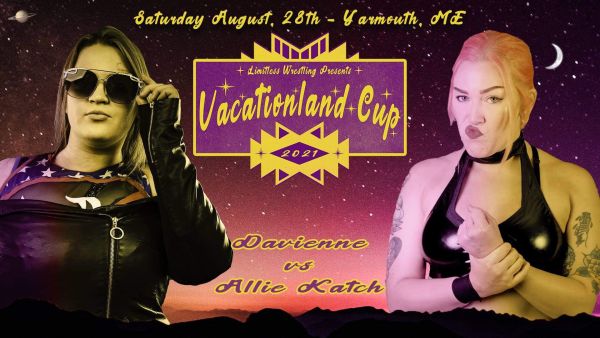 It’s quite a surprise that this match hasn’t happened before or at least not more frequently. It feels like these two should beat the holy hell out of each other at least four times a year but they seem to run in different circles.   Will the new, more focused on wrestling Allie Katch be a larger challenge for Davienne? Possibly. But one would also assume that it will just keep the match to more wrestling and in that regard, Davienne is likely to overpower Katch and pick up the win here. 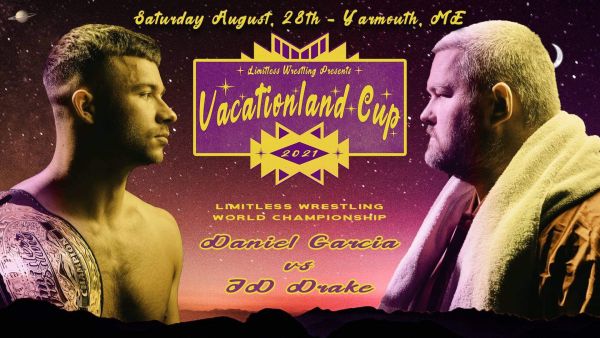 It’s funny to think that Daniel Garcia was just on All Elite Wrestling television fighting against Sting, but JD Drake has been on AEW television recently as well. The stipulations for this match are that Kevin Blackwood is banned from ringside (as per Daniel Garcia) and if Drake can’t win, he won’t challenge Garcia for the title again. The stakes have never been higher as JD Drake is in a do-or-die situation. However, Daniel Garcia has just been on an absolute tear recently, so JD Drake might have bitten off more than he can chew here.

The Vacationland Cup 2021 itself consists of four matches with each winner going into a four-way match to determine the overall winner. 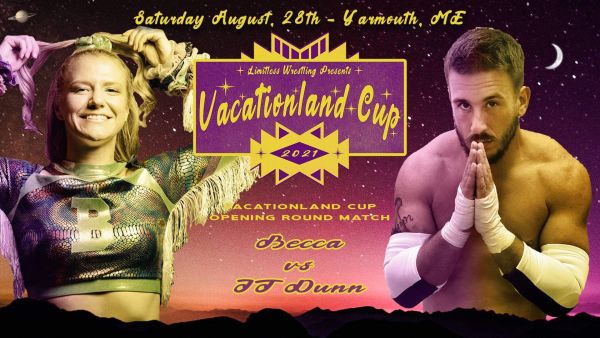 JT Dunn seems to be the odds on favorite to win here, but those who have underestimated or counted out Becca seem to have paid for it in the past. This is possibly going to be that match where Dunn thinks he has it easy going into the four-way match, but Becca can bring out the victory here by catching her opponent off guard. 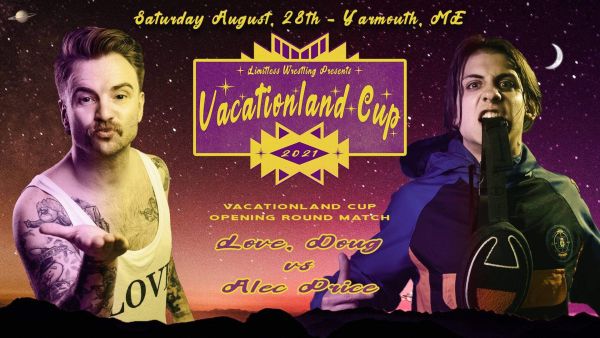 Leading up to the Vacationland Cup 2021, Love, Doug went around collecting signatures, proving he belonged in the VLC. Love, Doug seems to be more fired up than any other competitor in this match for that reason alone. As far as tough first-round opponents go, they don’t get any tougher than Alec Price. 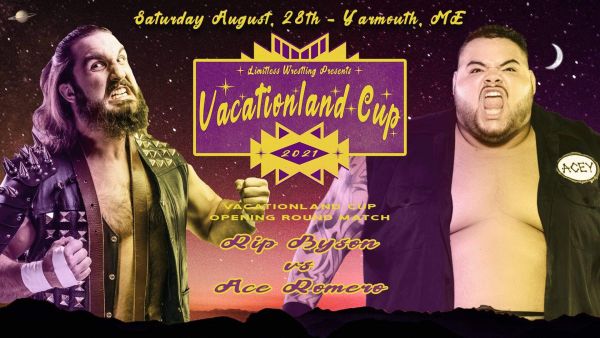 This is going to be a hoss fight. These two will beat each other until there is nothing left. Ace Romero may have had his opponent’s number in the past, but Rip Byson seems to be focused. This appears to be Byson’s match to win. 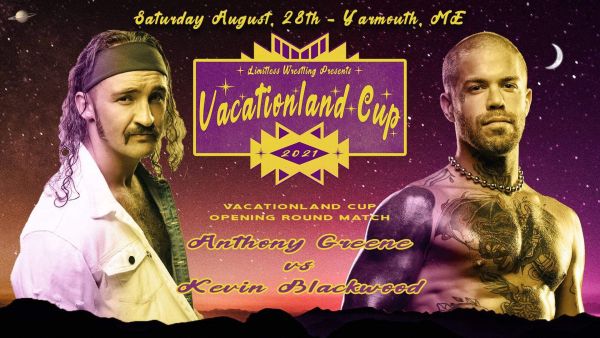 The returning Anthony Greene is looking to take back what Kevin Blackwood took from him. What a way to come back this would be and what a statement it would make. However, Blackwood is one of those opponents fans tend to underestimate. People might get too much on the Anthony Greene hype train to see Kevin Blackwood winning this match. Regardless, the odds are still in the favor of AG.

The final four-way match could feature any combination of wrestlers. My picks are Becca, Love, Doug, Rip Byson, and Anthony Greene with Love, Doug ultimately winning the Vacationland Cup 2021.

More information on the Limitless Wrestling Vacationland Cup 2021 can be found here: https://www.limitlesswrestling.com/