Xavier Woods of The New Day has made his wishes clear: he wants World Wrestling Entertainment to bring back the King of the Ring tournament, and he wants to wear the titular crown. WWE Champion Bobby Lashley mocked his ambitions and then escalated to challenging Woods to a Hell in a Cell Match. Elsewhere, on SmackDown, the last King of the Ring winner, King Corbin, has been engaged in an amusing mid-card feud over possession of his ceremonial crown with Shinsuke Nakamura. It has been speculated that all of this buzz around King of the Ring signals that the tournament will in fact be reactivated. With that said, does this make way for a potential Queen of the Ring tournament for the women’s division?

King of the Ring began as a yearly event on WWE, then the World Wrestling Federation, on the house show circuit. The event was elevated to an annual pay-per-view and remained so until 2002. It served as a springboard for wrestlers receiving a “push” to prominence on the card. Bret Hart became King of the Ring the same year that he won his first WWF Championship, cementing his ascension to the top of the heap of the New Generation; the Attitude Era was inadvertently kicked off when “Stone Cold” Steve Austin uttered his infamous “Austin 3:16” promo after defeating Jake “The Snake” Roberts. However, in time, the tournament was eclipsed by newer pay-per-view events and hosted sporadically on Monday Night Raw instead.

As WWE prevaricates towards bringing it back, however, it would be only fair and an unprecedented step to hold a Queen of the Ring tournament as well. Reportedly, such a step was considered in 2020, pre-pandemic, with plans to ditch the Mae Young Classic event that year and hold the first-ever Queen of the Ring tournament. However, all plans of mice, men, and women were scuttled by the need to adjust to the needs of the pandemic.

Why WWE Needs Queen of the Ring

In the light of recently released former WWE Superstar Mickie James producing the NWA’s first all women’s pay-per-view, WWE Executive Vice President Paul “Triple H” Levesque stated that the WWE has no current plans for another, similar event such as the 2018 Evolution pay per view. However, the evolution itself is not over-the Queen of the Ring tournament would be another huge step in equalizing the achievements of the WWE’s roster of female athletes, just as Evolution, headlining matches at major mainstream pay-per-views, the creation of new championships after the Divas division and roster became defunct, and the creation of the Mae Young Classic and women’s Dusty Rhodes Tag Team Classic. While a lot has been accomplished, there is more work to be done.

The Queen of the Ring Participants

Following the blueprint of recent King of the Ring events, the tournament could be held on Raw, spanning a couple of episodes. The traditional sixteen-participant format would throw into relief just how winnowed the women’s division was by recent releases in April and June 2021: James, Peyton Royce, Billie Kay, Ruby Riott, Lana, Santana Garrett, and Chelsea Green were all cut, but NXT talent could share the stage, and go head to head, with the Raw and SmackDown counterparts. Since sixteen participants would be a demand on a smaller division, the number could be shaved down to twelve, with four superstars from each brand. 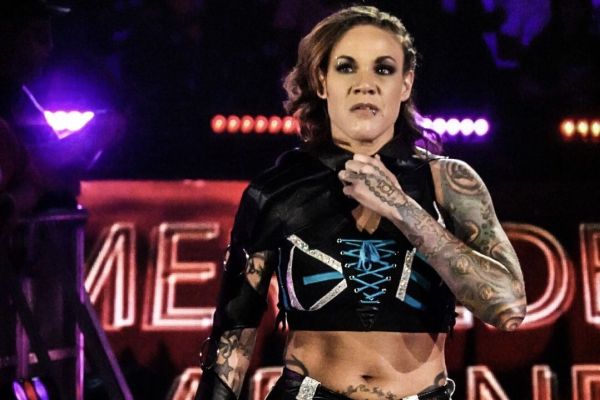 Representing NXT would be Mercedes Martinez, Toni Storm, Dakota Kai, and Frankie Monet. Martinez is a gritty competitor, much like early Shayna Baszler, who would be an exciting combatant against the main stage players. Storm has been poised for her break-out moment for a while, and a strong showing in the first-ever Queen of the Ring could be it. Kai is someone that NXT mastermind Shawn Michaels has expressed enthusiasm and confidence in and, like Storm, Queen of the Ring could be a chance to make a big impression. As for Monet, it was a surprise that an athlete with the experience of the former Taya Valkyrie landed in NXT before the bigger venue of Raw while her rollout on NXT has been slow and steady, Monet could dominate Queen of the Ring. 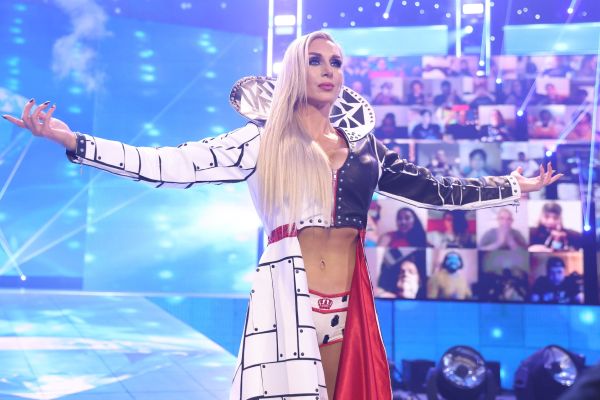 Charlotte Flair‘s moniker is “The Queen,” which could be the catalyst to her being challenged to defend the epithet. Where Flair goes, her nemesis Rhea Ripley will follow. Mandy Rose and Naomi would also be fun entrants into the action. 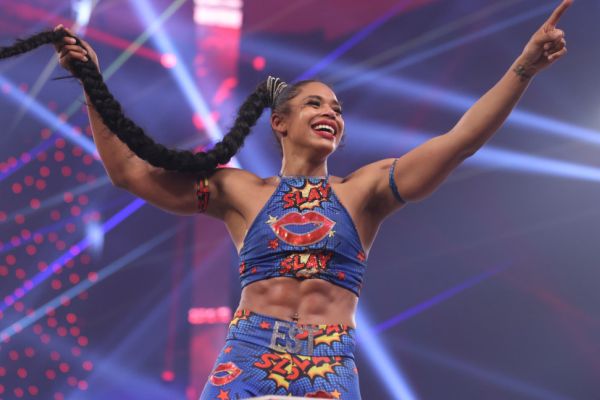 “The Boss” Sasha Banks has been vocal in the past about her wish for a Queen of the Ring event. The milestone wouldn’t be complete without her, because it would be a dream come true for Banks and because she has been part of so many history-making moments for the women of WWE. While Bayley’s and Bianca Belair’s battle of wills for the SmackDown Women’s Championship will probably occupy both their time for quite a while, Liv Morgan and Carmella could join the battle for the crown. Current WWE Women’s Tag Team Champion Natalya’s submission magic would be a welcome addition, too.

The second incarnation of the WWE women’s division came out guns blazing. With take-no-prisoners performers like Banks, Bayley, Ronda Rousey, and Becky Lynch, it was clear from the off that the Divas days of female performers being comedic relief or eye candy were dead and gone. Currently, the women’s division is hampered by smaller numbers and, especially on Raw, inconsistent storytelling. The tension of who will be queen, who wins, how other characters react to them, and the chain of events that spin out from this could provide more relevant and grounded story arcs than 2021’s demon dolls and beat-the-clock contests, so far.

Only time will tell if the recent hints in the air mean that King of the Ring is back, and hopefully, Queen of the Ring isn’t far behind.