Every year, in late summer, New Japan Pro-Wrestling holds its annual G1 Climax tournament. The G1 Climax is a round-robin tournament that usually features 16, 18, or 20 wrestlers. The wrestlers are divided into two groups, and each wrestler faces every other wrestler in their group. The men who win the most matches in their groups face off in a final match. The eventual winner receives a match against the IWGP World Heavyweight Champion at NJPW’s premier event, Wrestle Kingdom. The tournament books the company’s top show, but it also uses a very simple formula to create new stars for the company. A NJPW G1 Climax style tournament is something that World Wrestling Entertainment can learn from.

The G1 Climax features the top wrestlers in New Japan, including the male singles champions. The IWGP World Heavyweight Champion, the NEVER Openweight Champion, and others regularly compete in the G1. Having the champions in the tournament allows the other wrestlers to compete against the best in the company, and looking good in matches against the top guys elevates the stature of the other talents. In addition, if a wrestler defeats a champion in what would be a non-title match, that wrestler can demand a title match once the tournament is over. This also creates new stars as no man has ever gone undefeated in the G1. 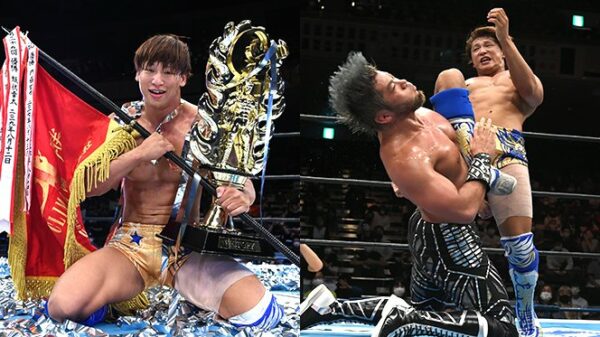 The tournament usually ends in late August or early September, and the winner has to wait until January 4  for their title match. In that time, other wrestlers can challenge the contract holder for their main event match. Individuals who defeated the winner during the tournament usually have first crack at challenging for the contract. By the time Wrestle Kingdom comes around, either the G1 winner has proven himself worthy of the match by continuing to win, or someone has defeated the G1 winner and claimed their spot in the match. Either way, the champion is defending the title against a strong challenger.

The simple things that take place during and after the G1 Climax help NJPW to have a constant stream of elevated talent that can main event shows and challenge for championships. As the new stars emerge, the undercard talent have built-in storylines as they seek to avenge any loss they incurred in the tournament.

One of the biggest criticisms of WWE is the fact that lately, the company has not created any new stars. WWE can easily put on a tournament similar to this, but the monthly pay-per-views and the need to “make movies” gets in the way. WWE needs to find ways to create new stars, and tapping into a NJPW G1 Climax style tournament will help the company to develop talent, something it currently seems unable to do.

Stay tuned to the Last Word on Pro Wrestling for more on this and other stories from around the world of wrestling, as they develop. You can always count on LWOPW to be on top of the major news in the wrestling world, as well as to provide you with analysis, previews, videos, interviews, and editorials on the wrestling world.  You can watch New Japan Pro-Wrestling and plenty more tremendous wrestling content from NJPWWorld.com; The King of Sports Streaming.

What if WWE Held a Queen of the Ring Tournament?
Who Should Be the Inaugural AEW Trios Champions?