At the launch of All Elite Wrestling in January of 2019, fans of independent wrestling and those seeking an alternative to WWE were promised a fresh perspective on how to book mainstream pro wrestling. The first AEW signees came as no surprise to anyone, despite rumors of contract offers from the WWE for each soon-to-be-star. These signees were, of course The Young Bucks, “Hangman” Adam Page, Cody Rhodes, and “gaijin ace” of NJPW, Kenny Omega. Standing out from the pack as arguably the hottest free agent in all of pro wrestling, Omega began the next stage in his strange and often controversial career.

Kenny Omega began his career in the Canadian indies, such as Premier Championship Wrestling. In 2005, Omega signed a development deal with WWE. He was then sent to Deep South Wrestling for training. However, similar to the likes of AJ Styles, Omega would never advance beyond the development league. Indeed, Omega would depart down a different path in 2006. He would then debut in the Japanese promotion, DDT.

It was here that the name Kenny Omega would become known to hardcore fans across the world. Omega made his name wrestling a nine-year-old girl & a blow-up doll. While this angered many pro wrestling purists, the bizarre matches helped Omega make an early name for himself and soon NJPW would come calling.

On January 5th, 2016, many western fans of professional wrestling were introduced to a man who would be central to the growth and evolution of the industry in the years to come. Shocking casual fans and even some of the hardcore audience, Kenny Omega enacted a hostile takeover of Bullet Club, ousting former leader AJ Styles, who would soon depart for the WWE. The following month, at The New Beginning in Niigata, Omega would score his biggest win to date taking the IWGP Intercontinental Championship from the former “ace,” Hiroshi Tanahashi. 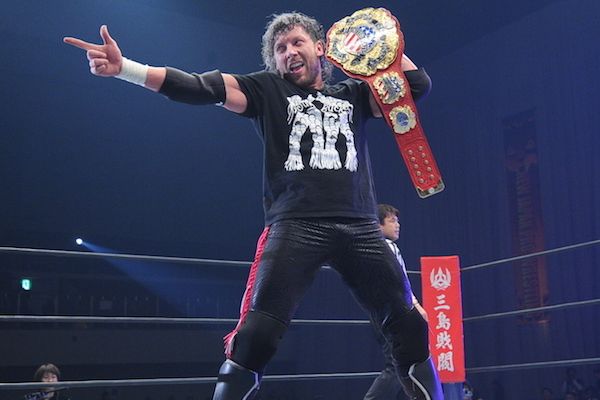 The Future of NJPW

For fans in attendance, and watching along worldwide, the message was clear: Kenny Omega was the future of NJPW. Omega would see early success in NJPW in 2010, capturing the IWGP Junior Heavyweight Tag Team Championship alongside his Golden Lovers teammate, Kota Ibushi. Omega would go on to sign full-time with NJPW in 2014. Soon, he found himself involved with the hottest heel stable in the business at the time, Bullet Club.

Over the next several years, Omega and his Bullet Club inner circle, The Elite, would dominate NJPW, capturing gold on multiple occasions. Omega, in particular, became a sensation following a string of Wrestle Kingdom show-stealers against the likes of Kazuchika Okada. With Kenny Omega at the forefront, Bullet Club reached heights hitherto unseen in pro wrestling since the glory days of the Monday Night Wars.

Conversations online gave way to speculation that Omega, The Elite, and the newly arrived Cody Rhodes of WWE fame would be responsible for the next boom period in pro wrestling. Indeed, this speculation became a reality when following the success of Kenny Omega vs. Chris Jericho at Wrestle Kingdom 12. This was a match that brought a larger-than-usual western audience to the event while also allegedly inspiring Tony Khan to begin plotting the launch of his own wrestling company.

The Formation of AEW

Following this show, in 2018, Omega and The Elite would stage the largest independent wrestling show in the United States in 20+ years with the sold-out All In pay-per-view. After this came the announcement everyone saw coming: The Elite and Kenny Omega, after much contract speculation, would be returning to the USA. They would go on to form their own company in All Elite Wrestling.

For those who had been following Omega since his days in DDT, this was a homecoming for a man aptly dubbed “The Best Bout Machine.” He was their wrestler; the most talented wrestler of a generation. Finally, he had returned to the foreground of global wrestling to make it known that he was the most elite athlete today. Fans, however, would have to wait until late 2020. Omega would finally become AEW World Champion by defeating Jon Moxley.

Many argued that the title win had come too late, however.  Omega managed excellent performances against Pac and in tag matches alongside “Hangman” Adam Page. To many, however, “The Cleaner” had underperformed and none of these matches could live up to the hype he had when AEW was first announced.

During his time as champion, thus far, Omega has been involved in two of the most ambitious storylines in the young federation’s history. Firstly, he competed in an Exploding Barbed Wire Deathmatch with former champion Moxley. This match became infamous for a botched explosion as the show went off the air. The second has been an ongoing storyline revolving around the concept of “The Forbidden Door.”

Not long after becoming champion, Omega, now a solidified heel for the first time in his AEW career, invaded IMPACT Wrestling. From there, he set his sights on their top champion, Rich Swann. Armed with his old Bullet Club cronies, Doc Gallows and Karl Anderson, Omega wrought havoc on the smaller, but prestigious, company. This eventually resulted in Omega winning the IMPACT World Championship in a very well-received match at Rebellion.

This storyline has received mixed reviews thus far. Many decreed at the lack of NJPW talent involved, which is arguably beyond Omega and AEW’s control due to the ongoing global pandemic. Others have criticized the one-sided nature of the angle. IMPACT has been made to look lesser than AEW since the angle’s inception. While IMPACT has pulled in better TV numbers and higher PPV buy rates since the angle began, many complain that AEW is not doing enough to promote the storyline on AEW Dynamite each week.

This criticism is, arguably, valid. It would make sense that the top champion’s top feud would be heavily promoted on AEW’s top show. However, since the angle began, it has played a secondary role on AEW Dynamite, particularly to the Inner Circle–Pinnacle feud and larger issues within The Elite itself. All of this has resulted in many viewing Kenny Omega as the weakest of AEW’s world champions thus far.

One potential solution to this would be a more consistent promotion for the AEW World Championship, along with an emphasis on the title’s prestige. Another would be a tangible rival for Omega. Currently, Omega is feuding primarily with Rich Swann. As of yet, Swann has made no appearances on the TNT flagship show. This has left Omega playing a supporting role in what should be seen as his show. Much of this angle is working, such as Don Callis as “The Invisible Hand,” which cannot be overlooked. Overall, by breaking boundaries long held within wrestling concerning collaboration, this angle will be seen as hugely important in wrestling’s reshaping following Covid-19. 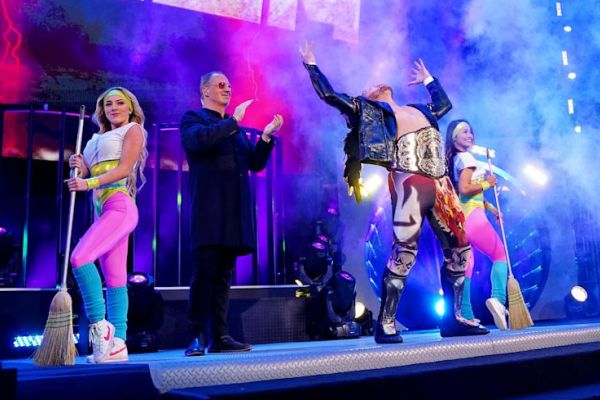 Heavy Lies the Crown – In Closing

This, in itself, will be a legacy maker for Kenny Omega, though not quite the legacy his supporters had been hoping for. Perhaps, Omega has suffered from poor timing with his angles, as well as wear and tear. Perhaps he was simply overhyped to the point where he just could not live up to his expectations (and who could?).

All Elite Wrestling has set a precedent for long-running title reigns, especially for their world champions. As such, there is still plenty of time for Kenny Omega to reach the heights expected. His ongoing story seems to still be setting the stage. With this in mind, it’s possible that the best is yet to come.