Tasha Steelz vs. Jordynne Grace (Before the Impact) 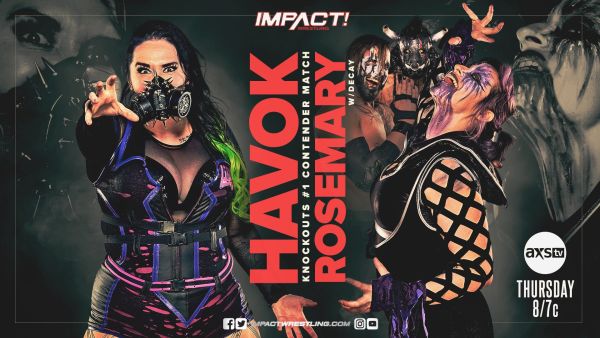 Deonna Purrazzo will defend her IMPACT Knockouts Championship at Under Siege against the winner of this match. Purrazzo had her backstage interview last week interrupted by Havok and Rosemary. Rosemary accused Purrazzo of dodging opponents and not defending her title. The champ insisted that she will speak with Scott D’Amore about Havok and Rosemary squaring off for the number one contendership. Just as Purrazzo was about to leave the building with Kimber Lee and Susan, D’Amore appeared and made the match official. We will see who Purrazzo will defend her title against on the Under Siege go-home episode of IMPACT Wrestling! 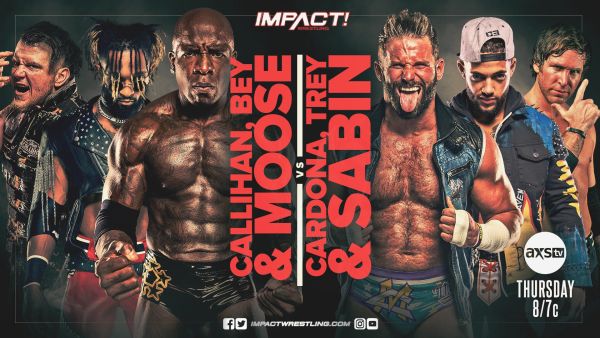 The field is set for the main event of Under Siege as Chris Bey, Sami Callihan, Moose, Matt Cardona, Trey Miguel, and Chris Sabin will compete to take on Kenny Omega for the IMPACT World Championship. Before they square off at Under Siege, they will team up and for a six-man tag team match on this week’s edition of IMPACT Bey, Callihan, and Moose will take on the team of Cardona, Miguel, and Sabin. The winning team will carry the momentum going into this Saturday. 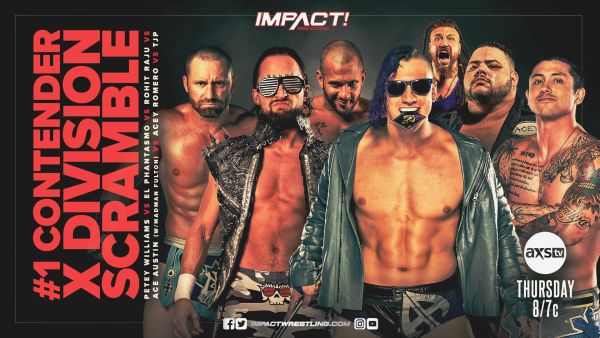 Petey Williams vs. El Phantasmo vs. Rohit Raju vs. Ace Austin vs. Acey Romero vs. TJP

X-Divison Champion Josh Alexander is looking for his next challenger. The winner of this week’s scramble will earn the right to challenge Alexander for the title. New Japan Pro Wrestling star and Bullet Club member El Phantasmo will make his return to IMPACT on AXS for this match after defeating VSK in his debut last week. He will have competition this week in the form of Petey Williams, Rohit Raju, Ace Austin, Acey Romero, and TJP.