All wrestlers have to start somewhere on the path to making their dreams a reality, whether it be a wrestling school, church basement, bingo hall, etc. From there, those wrestlers work their way up to the pinnacle of their dreams. For many, that’s a career in WWE or more recently AEW, IMPACT Wrestling or even NJPW. But sometimes the journey is just as important as the destination. This time, we shift focus to the black and gold brand of NXT, as we take a deep dive into the career of The Way‘s rising star, Indi Hartwell.

Whether she’s making her mark on the women’s division or enthralled in an unlikely on-screen romance, Indi Hartwell has become one of the breakout stars on NXT. The Australia-born star signed with World Wrestling Entertainment in 2019. Though she didn’t see immediate success, it’s fair to say that she has come into her own. Currently, she is one-fourth of The Way, the underhanded albeit dysfunctional stable led by Johnny Gargano. To understand where Hartwell is today, one must start at the beginning.

Like many modern wrestlers, Indi Hartwell grew up a fan of the craft she would become involved in. She started watching WWE when she was a child. During her youth, she looked up to such names as Victoria and her favorite women’s wrestler of all time, Trish Stratus. However, at this point, she was only a fan. It wasn’t until she started watching the fruits of the WWE’s “Women’s Evolution,” propelled by the likes of Bayley and Sasha Banks, that she decided to pursue pro wrestling as a career.

Indi Hartwell began her professional wrestling career in early 2016 at the Professional Championship Wrestling Academy in her home city of Melbourne. It was here where she learned under Australian wrestlers including Anthony Dangerfield, Mark Kage, and the PCW Academy head trainer, Trikki. Hartwell would have her debut match later that October, competing in a four-way match at PCW’s Destiny 2016 event. That same month, Hartwell picked up her first victory over Bianka.

In addition to her continued work for PCW, Hartwell began to make a name for herself in other promotions in 2017. During the spring, she made her debut in the United States for the WrestleCon Women’s SuperShow. It was here where she faced Thunder Rosa in a losing effort. The following November, Hartwell wrestled her first matches for RISE Wrestling and SHIMMER Women Athletes. Hartwell continued to sharpen her skill set against well-known and rising independent talents alike. Slowly but surely, the independent wrestling world was becoming aware of “Impressive” Indi Hartwell.

Hartwell’s independent work continued throughout 2018, from Melbourne City Wrestling to World Series Wrestling and beyond. She would also form a makeshift tag team with Tessa Blanchard, who she worked with multiple times the year prior; together, they became known as Undeniably Impressive. In January of that year, Hartwell entered Newcastle Pro Wrestling‘s Queen of the Castle Tournament. This tournament was notable in that it would crown the first-ever Newy Pro Women’s Champion. Ultimately defeating Harley Wonderland the following May, Hartwell won the Newy Pro Women’s Championship, her first-ever title at that.

Hartwell’s title ambitions wouldn’t end here, though. The following July, she faced Riot City Wrestling Women’s Champion Casey Johns in a title-for-title encounter. Hartwell came up victorious, becoming a double champion in the process. That same month, she competed in Battle Championship Wrestling’s BCW Women’s Championship tournament. Ultimately defeating Ivelisse, Hartwell became the first-ever BCW Women’s Champion. Needless to say, the “Impressive” one was making waves in her home country at breakneck speed. The same could be said about her reputation stateside; this was evidenced by her continued work in SHIMMER, RISE, and Booker T‘s Reality of Wrestling, among other locations. 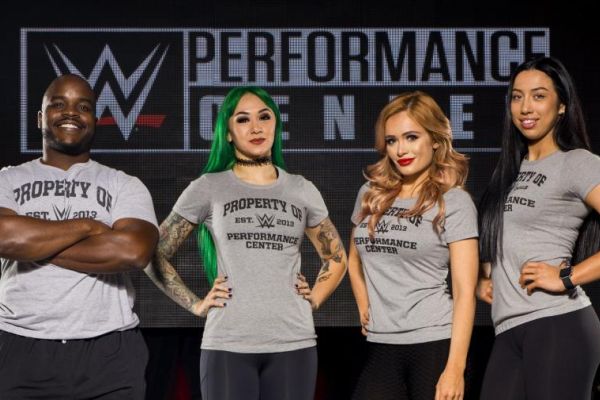 2019 would prove to be a landmark year for Hartwell’s young yet promising career. In May of that year, she added another accolade to her resume, defeating Jordynne Grace for the WSW Women’s Championship, becoming its second-ever titleholder in the process. More importantly, she signed with WWE later that November, reporting to the Performance Center. For the remainder of the year, she would work NXT live events and dark matches under the name of Samantha De Martin. By early 2020, however, she would once again go by Indi Hartwell.

In January of 2020, Hartwell made her televised NXT debut. She competed in a battle royal to decide a new number one contender for the NXT Women’s Championship. In this match, Hartwell was eliminated fairly early on by Tegan Nox. Hartwell would go on to make an appearance on Monday Night RAW the following April, where she was soundly defeated by Shayna Baszler. Hartwell continued to appear on NXT television. She even picked up her first win on the brand against Shotzi Blackheart in July, albeit with unexpected assistance from Aliyah and Robert Stone. This wouldn’t be the final time Hartwell crossed paths with “The Ballsy Badass,” either. 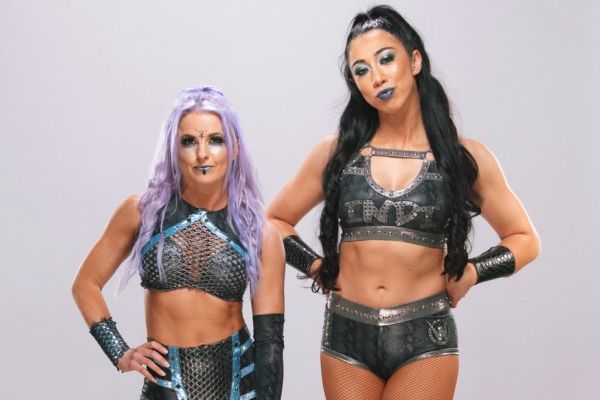 In October, Hartwell became involved in her first major storyline on NXT. Hartwell befriended the duo of Johnny Gargano and Candice LeRae, all the while disguising herself on TV in a Ghostface costume. Dressed in said costume, Hartwell assisted LeRae in winning a battle royal to become the number one contender for the NXT Women’s Championship. Hartwell would also attempt to assist LeRae in her NXT Women’s Championship match against Io Shirai at NXT: Halloween Havoc, only for the “Impressive” NXT star to be stopped by Blackheart. In the months that followed, Hartwell worked with Gargano and LeRae consistently. From there, the trio was eventually joined by Austin Theory. Together, the four-wrestler group became known as The Way.

NXT would hold the first-ever Women’s Dusty Rhodes Tag Team Classic this past January. Representing The Way, Hartwell teamed with LeRae. They defeated the team of Gigi Dolin and Cora Jade in their first-round match, which took place on 205 Live. The following week, on NXT, they lost in the semifinals to Blackheart and Ember Moon. Hartwell and LeRae would continue to feud with Blackheart and Moon, even challenging them for the NXT Women’s Tag Team Championship on Night Two of NXT TakeOver: Stand and Deliver.

Most recently, Hartwell has become involved with Dexter Lumis, who had run-ins with Theory and Gargano. Despite Lumis’ continued attacks on The Way, Hartwell couldn’t help but find herself intrigued by “The Tortured Arist” of NXT. In the midst of this on-and-off romance, Hartwell received her first taste of WWE gold earlier this month; alongside LeRae, Hartwell defeated Blackheart and Moon for the NXT Women’s Tag Team Championship.

It’s been said that the NXT’s women’s division is among the strongest in professional wrestling today. Though Hartwell is still early into her wrestling career, the fact that she is one of the more prominent stars on NXT can’t be denied. Furthermore, she has benefited greatly from The Way, as she has learned from experienced wrestlers in the industry. No matter where her career takes her next, it’s safe to say that “Indi Wrestling” will have all the attention on her.