If you can recall 2016 WWE, then you may remember that Nikki Cross was one of ten signees that began training at the Performance Center in April of that year. Noted for being a solid independent wrestler since her debut in 2008 (aged just 19), the former Nikki Storm was considered a relatively big gain for the largest wrestling promotion on earth. She was (and still is) a wrestler with much to contribute to the WWE in its age of female wrestling acknowledgment. Fast-forward five years and Nikki Cross is now regularly off WWE television. But why? 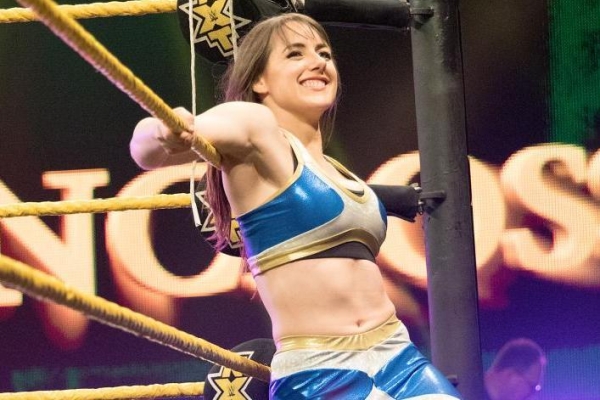 As mentioned, Cross signed with the WWE in 2016. A former student of Finn Balor, as well as husband and former SAnitY comrade, Killian Dane, among others, Cross was considered a well-trained pro-wrestler with plenty of upside. She debuted as Nikki Glencross (her real name) in a six-woman tag match, where she teamed with Carmella and Liv Morgan to defeat Daria Berenato, Mandy Rose, and her future friend/enemy, Alexa Bliss. It wouldn’t be long before Glencross would become Cross and she would align with the NXT heel faction, SAnitY, which was led by IMPACT veteran and recent NXT addition, Eric Young. Her big NXT Women’s Championship match would arrive in January of 2017 when Asuka – who was undefeated at this point – would overcome Cross, Billie Kay, and Peyton Royce in a fatal four-way match at NXT TakeOver: San Antonio. Another fatal four-way chance would come at NXT TakeOver: Chicago later that year, where she, Ember Moon, and Ruby Riott again lost to Asuka. 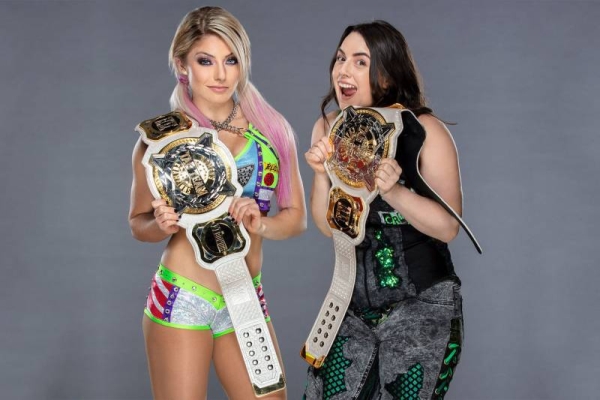 Nikki was unfortunate to be in NXT at the same time as its two most dominant champions in its history, with Shayna Baszler and Asuka both regularly scoring successful title defenses over the ever-valiant Cross. This would be the story of her NXT career. In October 2018, she would accept Becky Lynch’s SmackDown Women’s Championship open challenge in Manchester, England. As is typical for a Scot at any show in the UK, she received a raucous reception from the hot crowd. Though she lost to Becky, she had established herself on the main roster and was soon debuting on RAW. The 2019 Superstar Shakeup saw Cross come to RAW, where she soon struck up a friendship with Alexa Bliss. They were each other’s best friend; tag team partners (2x WWE Women’s Tag Team Champions) and managers throughout the various feuds they became involved with. This was until, of course, until July of 2020, when (now on SmackDown) involvement with The Fiend saw Alexa align with him and Cross become a solo competitor. The two would feud, Alexa Bliss won the eventual match, and Nikki Cross has hardly been seen since.

Sporadic Appearances Over the Past Year

Nikki’s last match in 2021 came back in February, on the February 1 episode of Monday Night RAW. On that episode, she was defeated by former ally, now presumably un-dead, black sludge spewing monster of death, Alexa Bliss. The match lasted a little over six minutes and acted as a throwaway; merely something to get Alexa – who has been involved in a big storyline involving The Fiend and Randy Orton – in the ring for a few minutes. Whereas it is understandable that Alexa is the bigger name and certainly has more going for her currently, it is a waste of Cross. Let it not be forgotten that, prior to the pandemic, Cross was scoring big crowd reactions in most arenas she competed in. Well-liked and notorious for her fiery Scottish mannerisms (prior to Alexa becoming Female Fiend, it was Cross who was the “crazy” one), Cross was popular. She is most comparable to Becky Lynch pre-Man, in that she is a fiery, Celtic woman more over than her positioning in the company would demand. Prior to that RAW appearance and a Royal Rumble 2021 cameo, Cross had been confounded to Main Event purgatory, in short matches with Peyton Royce, Lacey Evans, and RECKONING. For whatever reason, Nikki Cross is not in the creative team’s mind, which is a shame.

Why the Booking of Nikki Cross Doesn’t Make Sense

The RAW women’s division suffers from over-exposure to the same few competitors. Asuka, for how great she is, suffered last year from over-exposure. As RAW Women’s Champion during the “pandemic era”, Asuka was so heavily featured that it actually proved counter-productive in the long run. Charlotte Flair, another RAW women’s division main stay, has suffered from the same problem but over the course of years; as she is someone who has dominated in the WWE for so long, she is no longer fresh. Rhea Ripley is a welcome, new addition to the show, but again, she is feuding with the same two women who have dominated on RAW for years. Alexa Bliss is someone who could help, but she is in a feud with The Fiend. Shayna Baszler is someone who could make a difference, but she is in tag team purgatory and getting pinned by Lana and Naomi for her troubles. So why not allow Nikki Cross to make a name for herself within the division, something she is clearly capable of but has not been given the chance to do? It doesn’t make sense to keep a talented competitor off of TV during a time when the brand needs them, especially following the most recent round of WWE releases.

Whatever Happens, She’ll Be Okay

Exactly one year ago today was the last time there was a @WWE show with fans in the arena.

I wish I had known then that it was going to be the last time for a while I got to see you all.

Despite the current positioning of Nikki Cross within the WWE, she will be okay. Again, she is ultra-talented; driven, and is clearly likable. Additionally, she is a qualified personal trainer and is pursuing a degree in history – meaning not only is she talented and likable, but smart too! All of these qualities will only help her within the WWE, as there have been many instances of people like Nikki (again, think Becky Lynch) eventually being given a shot with the ball and slam-dunking it hard. At just 32 years of age, she still has plenty of time to break back into the TV fold. Given she is someone with a natural connection to the WWE Universe, this may happen once crowds are allowed to attend events once more. Whenever it happens and whenever she is given the opportunity, there is no doubt that Nikki Cross will give it her all.

Why Orange Cassidy Should Be the One to Challenge Kenny Omega at Double or Nothing
IMPACT Wrestling: Contract of Moose Finishes in June 2021