This WrestleMania Week will be nothing short of stacked, between the event said week is named after to a slew of independent events across the board. Among the latter will be a collaborative effort from the minds of Freelance Wrestling and Freelance Underground: Chicago’s Secret Stash. In addition to well-known indie talents across the U.S., this event will feature up-and-coming wrestlers known in the Chicago area. Experience the best of both worlds this Friday, April 9, 2021, at 4 PM EST on IWTV. Let’s take a look at the announced card, as well as dive into a few headlines, heading into this event. 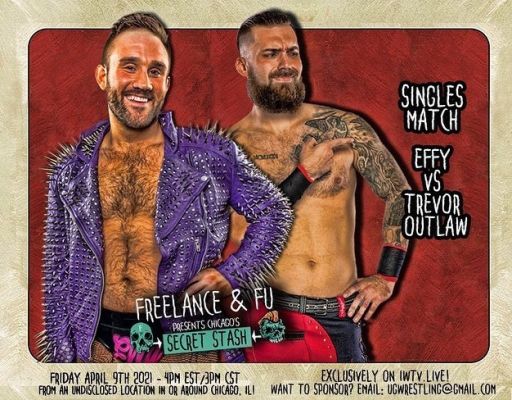 One of the wrestlers that will be busiest during WrestleMania Week is EFFY himself. From GCW Spring Break to EFFY’s Big Gay Brunch and beyond, “The EFFY Experience” will be all but omnipotent. To say that he has been busy would be an understatement; when he isn’t competing on one of several events, he’s playing The 44OH, led by GCW World Champion Rickey Shane Page, at their own game. However, he will set aside GCW endeavors for a short time, as he enters Chicago’s Secret Stash to take on a talent on the rise.

“Yours Rudely,” Trevor Outlaw, is an independent wrestler based out of Chicago, Illinois. Armed with a brash attitude, Outlaw isn’t shy about rubbing people the wrong way. In fact, it’s this attitude that has made him a rising name on the local independent scene. His upcoming match with EFFY may prove to be a major stepping stone in his career. A win over “The Weapon of Sass Destruction” would be nothing short of pivotal. 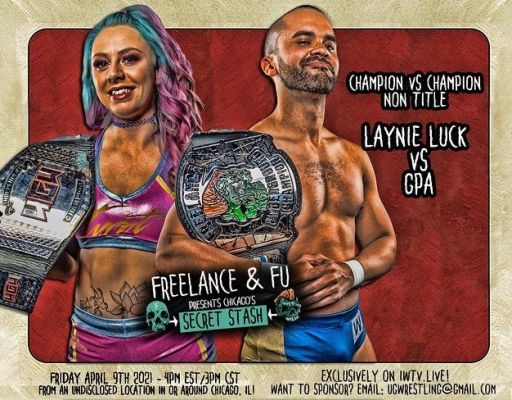 A Showdown Between Champions at Chicago’s Secret Stash

One of the featured matches at Chicago’s Secret Stash will pit two current titleholders in a non-title match. On one side of the ring will stand Laynie Luck, the current Freelance Underground Independent Champion. Also known as “The Party Unicorn,” Luck won this championship in December of 2019, successfully defending it against JJ Garrett and Faye Jackson the following year. In addition to FU and Freelance Wrestling, Luck has been making her name in such promotions as F1RST Wrestling, Glory Pro Wrestling, and Zelo Pro Wrestling.

On the other side of the ring will stand GPA, or Geoffrey Percival Austere, another Chicago local on the rise. “The Academic Standard” is the reigning two-time FU Heavyweight Champion. It’s important to note that he is the only competitor to have won this title on multiple occasions. Much like his opponent at Chicago’s Secret Stash, GPA has appeared for F1RST Wrestling and Zelo Pro Wrestling, though he also appeared for GCW and Combat Zone Wrestling, just to name a few promotions. When Luck takes on GPA, it won’t be titles that are on the line, but pride. 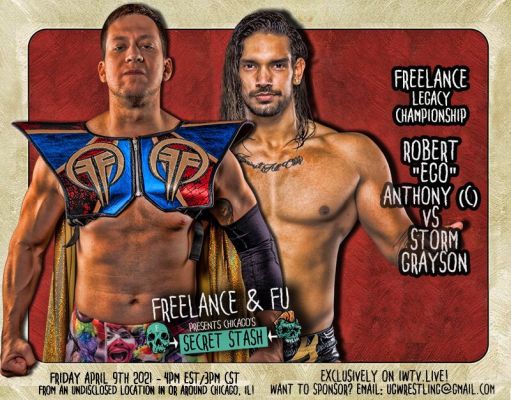 The Freelance Legacy Championship Will Be Defended

The main event of Chicago’s Secret Stash will see the Freelance Legacy Championship up for grabs, as titleholder Robert “Ego” Anthony defends against challenger Storm Grayson. Born in Plainfield, Illinois, Anthony has been wrestling for almost two decades. Anthony was also trained by Harley Race, which grants him that much more legitimacy. “The Ego” has been Freelance Wrestling’s Legacy Champion since this past October, winning the title from EFFY, the longest-reigning champion thus far. This Friday, Anthony defends the title for the first time.

A victory won’t come easy for Anthony, however, as he takes on Chicago’s own Storm Grayson. Also known as “The Green Kid,” Grayson started 2021 with a bang. At the GCW Fight Forever event, he took on Darius Latrell in a winning effort. Beyond this, he’s been a regular performer for Zelo Pro and GALLI Lucha Libre, among other organizations. Chicago’s Secret Stash could mark a major turning point for Grayson, provided he unseats Anthony to become the new Freelance Legacy Champion.