Thursday, NXT Takeover Stand and Deliver will come to a close, and with it comes the rest of WrestleMania season. Expect to see great matches, potential upsets, and angles that will set the tone for the next calendar year. With that being said, let’s dive into the NXT TakeOver: Stand and Deliver night two predictions!

— Kyle O’Reilly vs. Adam Cole in an Unsanctioned Match 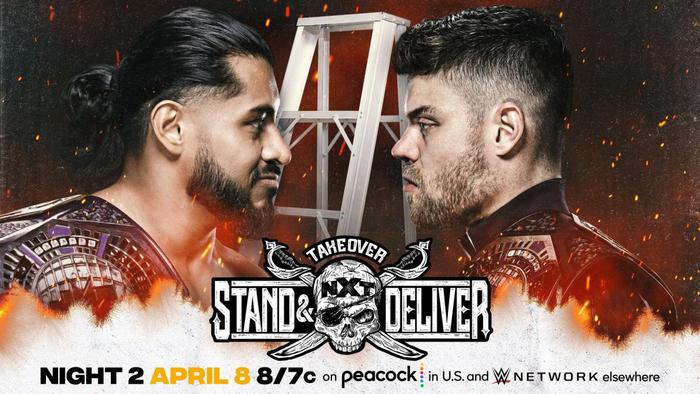 This match happening was not an if, but a when. At the start of the global pandemic, Jordan Devlin could not enter the U.S. and thus could not defend his NXT Cruiserweight Championship. A tournament was announced to crown an interim champion in his place, as Santos Escobar emerged both as champion and as a star on the rise for NXT. With the way Escobar carries himself and the division, you would be forgiven thinking he was already the undisputed champion. Devlin has done a fine job re-establishing himself, but we don’t think it will be enough on Thursday night. Legado del Fantasma is an x-factor that can’t be ignored. Having Escobar lose would undo a lot of the legitimacy he has brought to himself and the division in Devlin’s absence. 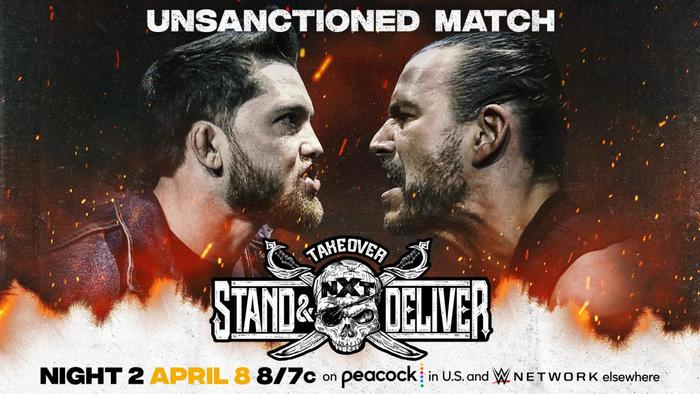 The Undisputed Era was the most successful faction in NXT history and one of the strongest in WWE history. Adam Cole, Kyle O’Reilly, Bobby Fish, and Roderick Strong seemed destined to move on and have that same dominance on Raw or SmackDown. They were going to continue to shock the system and change the landscape. That was all changed with Adam Cole’s jealousy coming to a head in a superkick to O’Reilly. That was merely the beginning of the end; the nail in the coffin was hammered in when Cole hit O’Reilly with a brainbuster on the steel steps. Regardless of the outcome, this is not the end for these men; it’s just the beginning. 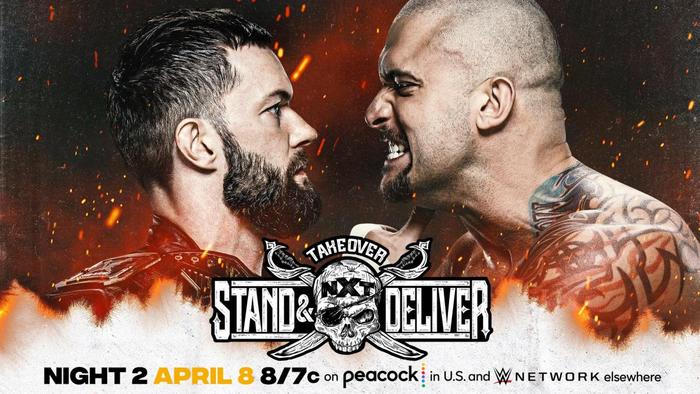 Karrion Kross burst onto the scene a year ago and created a path of destruction. He showed a level of aggression never before seen in NXT. Kross quickly defeated Keith Lee to become NXT Champion and was poised to be the most dominant force NXT has ever seen. That all changed with a shoulder injury, and Kross was forced to vacate his title. In his absence, Finn Balor won the NXT Championship and has since carried the brand, much like he did in his initial run. After a great series of matches with Kyle O’Reilly, Balor looked poised to have a similar run to his first reign. That all changed when Kross re-emerged and showed he is just as dominant as he was before. This is the hardest match to predict on the night, both men have a plausible case to walk away with the belt. I will pick Kross, only because I believe he deserves the monster run he was originally scheduled to have.

Regardless though, it will be a can’t miss match for any NXT fan.