Generation Championship Wrestling is out to prove that “We Run This Town” with the WrestleMania week festivities taking place in their backyard of Tampa, Florida.  Early in the day, they will run Best In Class an interesting show featuring some up-and-coming names, later that night all bets are off as they run a stacked 13-match card featuring some of their most talented regulars and a collection of name talents.  Let’s take a look at this mammoth card 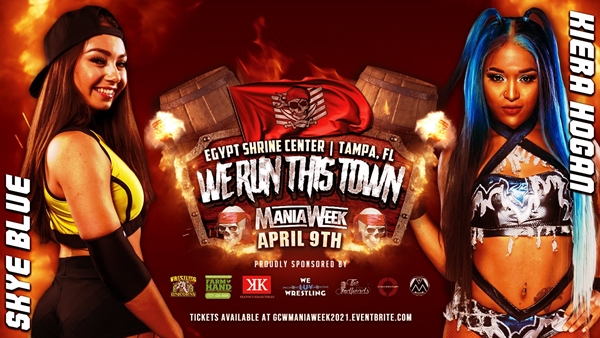 IMPACT Knockouts Tag Team Champion Kiera Hogan comes to GCW to take on one of the U.S. indie scenes rising stars Skye Blue.  Both of these young women represent the future of women’s wrestling although Hogan has found success faster thanks to her work with IMPACT Wrestling and her successful tag team with Tasha Steelz.  Skye Blue won’t be afraid of Hogan as she defeated Deonna Purrazzo just four months ago in the GenCW Diamond Cup and she recently debuted for the NWA which is sure to boost her confidence.  Hogan will no doubt bring all her usual swagger to this match but she’ll need to be careful or she could hand the win to Skye Blue if she takes her eyes off the prize. 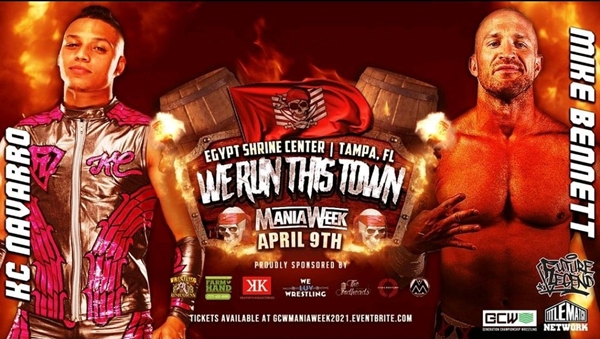 April 9th is going to be a huge day for Navarro, not only does he wrestle Lio Rush on GCW’s Best In Class show but he will also be taking on Mike Bennett at GCW18 We Run This Town.  Bennett has been performing since 2003 and has wrestled for major promotions like IMPACT Wrestling, WWE, Ring Of Honor (ROH), NJPW, and more.  Bennett knows what it’s like to succeed on a big stage as a former X-Division Champion, former ROH tag champion, and a former IWGP Heavyweight tag team champion.  KC Navarro on the other hand, does not.  Navarro has competed for IMPACT and AEW in recent times but has yet to find much success in either promotion.  Big wins on April 9th over Rush or Bennett could turn Navarro’s fortunes around but he will have a tough mountain to climb to defeat such high-quality performers. 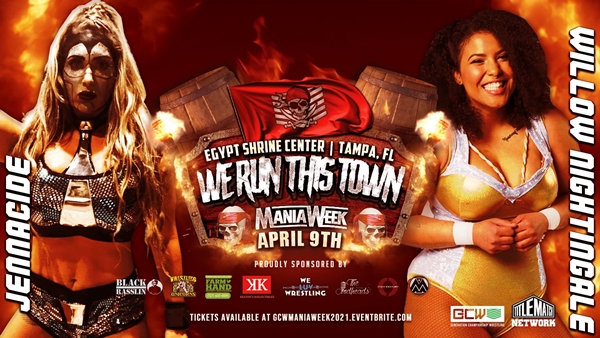 Two very talented women will compete as part of the GCW Diamond Division as Willow Nightingale battles recent NWA and AEW debutant JENNACIDE.  As mentioned, JENNACIDE has made her debut for both NWA and AEW and in the past as performed for WWE, Shine Wrestling, and RISE Wrestling.  Ever since 2016 JENNACIDE has been carving out a spot for herself and major companies are taking notice.  Her opponent is someone that major companies should be taking notice of in Willow Nightingale.  Ever since her debut in 2016 Nightingale has competed all over the U.S. independent scene both on her own and as a tag wrestler with Solo Darling in The Bird and The Bee, or with the recently retired Faye Jackson as Thick and Juicy.  While Nightingale has been a constant presence in well-known companies like Beyond Wrestling and CHIKARA she has yet to make the step to the big leagues.  That spells problems for JENNACIDE as she is taking on a woman capable of competing against some of the best women’s wrestlers in the U.S. indie or not. 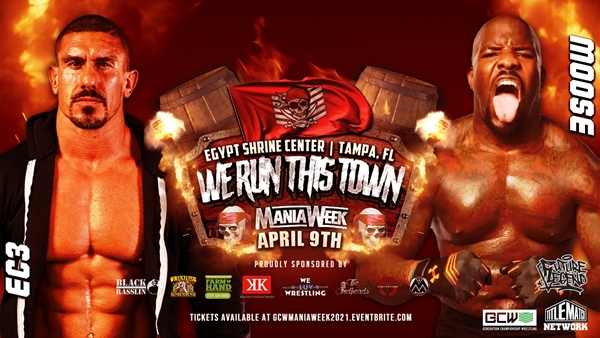 EC3 subs in for Storm Thomas to take on Moose.  Ever since his WWE release EC3 has talked about controlling his narrative which has taken him to companies like IMPACT and ROH in order to help some performers control their narrative, this is a different EC3 than many fans know as the cocky arrogance is gone in place of an unsettling vibe.  Moose was one of those competitors as the two men feuded over the TNA World Heavyweight Championship in the summer.  Moose emerged as the winner of that feud but we never really got the in-ring blowoff that these two are capable of which has us excited to see what these two bring to the table here. 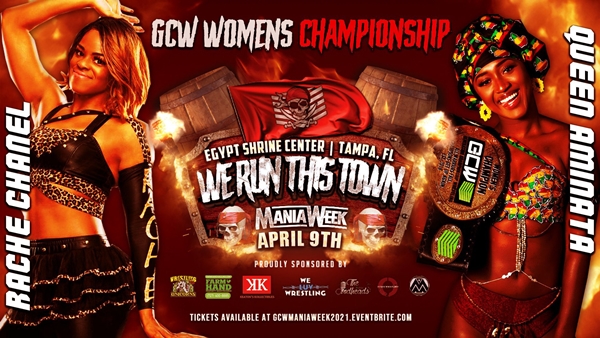 Ever since winning the championship at the Diamond Cup Queen Aminata has had the Diamond division on lockdown.  With a tour of Marvelous in Japan under her belt Aminata has trained with some of Japan’s best wrestlers and this has rubbed off on her as she has upped her game ever since returning from Japan.  She takes on a rising star in Rache Chanel.  Chanel is a familiar face to AEW fans who has recently been used in Mission Pro Wrestling.  Chanel does not get wins but her confidence never seems to wain and on any given day she could upset Aminata. 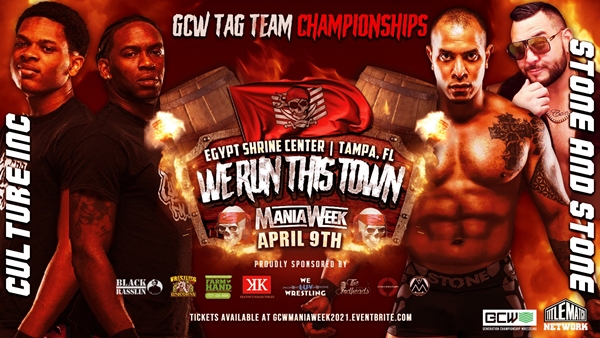 The vacant tag team titles will be on the line as Solomon and Edge Stone cash in their medallion which earned them a shot at the titles.  Their opponents are currently set to be number one contender’s Culture Inc but this could be changed as Culture Inc put their number one contendership on the line against the Mane Event at Best In Class.  Should Inc lose that match they will no longer get a title shot.  Whatever happens, there will be new tag team champions at the end of this match and whether it is Culture Inc or Mane Event we’re guaranteed to see a good match here. 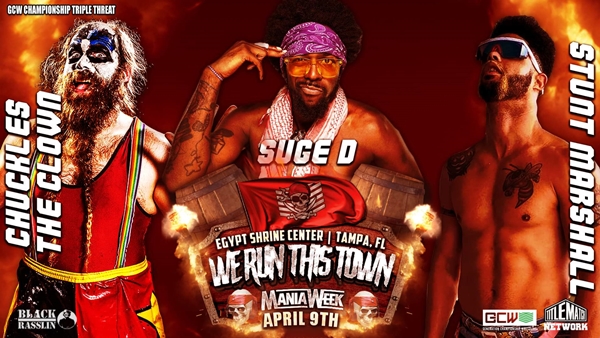 Chuckles The Clown was set to defend his championship against Stunt Marshall in one on one action.  Storm Thomas testing positive for COVID-19 meant that plans changed and Suge D was added to this match, making this a three-way for the gold.  Chuckles and Marshall were already going to have a hard-fought match for the title but now they add the veteran Suge D to the field which is going to make it much more difficult for each competitor to win.  Suge D has roughly 15 years of experience and in that time has wrestled all over the world including a run in AEW as Pineapple Pete.  Despite the many monikers and journeyman ways, Suge D is now in search of success.  His sole goal is to deliver the goods everywhere he goes and that makes him a very big threat to Chuckles’ title reign.

GCW18 We Run This Town is streaming LIVE on the Title Match Network at 8 pm EDT on April 9th.  For any fans in Florida tickets for this show are available over at Eventbrite