Sadio Mane’s Bayern Munich move for a guaranteed fee of £32 million is close to completion as the Senegalese forward seeks one final big transfer, but it could be a beneficial change for the striker.

Absolutely gutted to see Sadio Mané leave Liverpool. One of my favourite players to ever play for the club. Untouchable on his day and as humble as they come.

Sadio Mane joined Liverpool from Southampton in 2016 and was the major catalyst in taking the Merseyside club back to the UEFA Champions League in his first season.

Read More: Deal “Done and Sealed” for Liverpool to Sign 18-Year Old Who is “One of Europe’s Best” – Fabrizio Romano

Mane played a huge part in all of Liverpool’s trophy wins, winning the early penalty against Tottenham Hotspur in the Champions League final in Madrid and spearheading Jurgen Klopp’s runaway title victory in late 2019, prior to the Covid-19 break.

The most memorable performances were against Aston Villa and Leicester City, the former a remarkable turnaround in which a Mane goal and assist cancelled out a one-goal deficit which was intact until the 87th minute.

In the latter Mane was again goalscorer as well as provider with his early breakaway goal followed by a late penalty he had won, helping the Reds to three points.

The forward’s versatility is another remarkably quality of his game, he played on the right wing in his first season and after delivering Champions League football to Anfield, he switched to the left-hand side to make room for the incoming Mohamed Salah.

In Mane’s final season, he found himself often deployed as a centre-forward and was a revelation. The Senegalese was again a huge part in Liverpool winning silverware as he completed the set for Liverpool by securing the FA Cup in May.

Most notably, Mane scored a spectacular half-volley in the semi-final against Manchester City which put the game out of Pep Guardiola’s side’s reach and ensured the Reds would return to Wembley for the final. 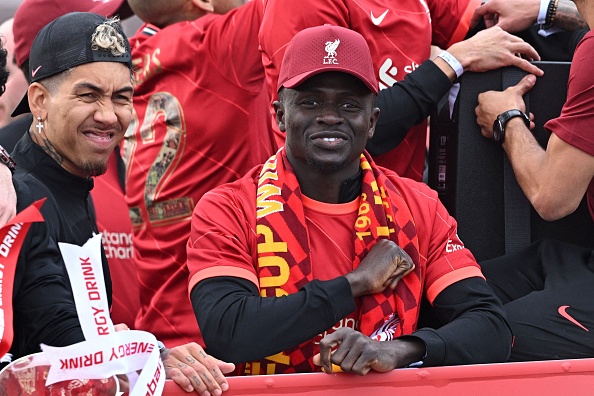 A Change of Scenery

It could be argued the Senegal legend has little else to prove at Liverpool and after also achieving national team success in winning the African Cup of Nations in February, all that is left is to find a new challenge and to prove himself in yet another league.

Mane scored the winning penalty against Egypt in the final which secured Senegal their first ever AFCON success.

The 30-year-old’s move to Munich provides a huge opportunity in terms of his legacy – winning everything in Germany as well as a possible Champions League win in his time there would put his team accolades on the same level as Samuel Eto’o.

Mane is likely to achieve a top-five Ballon d’Or finish if his great form of 2022 continues and the Liverpool Legend manages to adequately replace Robert Lewandowski, that would speak volumes for the African’s quality going into his 30s.

The next chapter of Mane’s career provides huge potential to put him on par with Samuel Eto’o in regards to team and individual accolades.

A German domestic clean sweep in the coming years would mean the versatile forward will have performed to a world-class level in two major European League’s, added to African, European and World success in addition to an unlikely albeit not impossible Champions League win under Julian Nagelsmann could make him undoubtedly the greatest African Footballer of the 21st century.

Overall, Mane has taken his tiny nation to continental success and brought Liverpool back to the peak of football, if he offers similar results in Germany, he will certainly cement himself as one of the greatest African footballers to ever grace a football pitch.