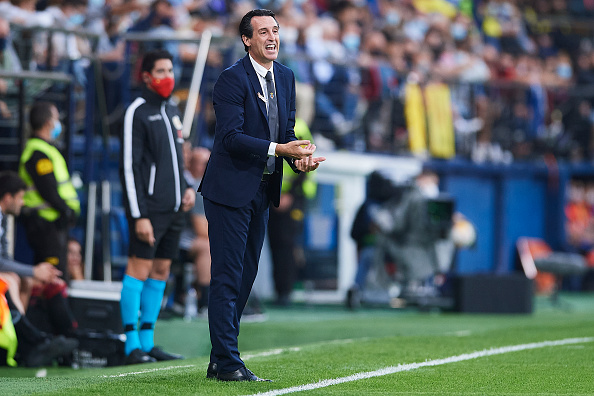 Newcastle United have reportedly narrowed their search for a new manager down to two final candidates, with Villarreal manager Unai Emery the favourite ahead of former Bouremouth boss Eddie Howe.

According to David Ornstein of the Athletic, whether or not the Magpies will be able to bring Emery to St James’ Park will depend on their willingness to meet his personal terms and match his salary from his time in charge of Arsenal.

Newcastle Looking to Appoint Unai Emery as Their New Manager

Newcastle’s new Saudi Arabian-backed ownership group have been looking for a new manager since the decision was taken to sack Steve Bruce in October.

The new manager will be charged first and foremost with keeping the 19th-placed Magpies in the Premier League, before gradually turning the club into the kind of domestic and European powerhouse the owners envisage for their project.

It is looking increasingly likely that Unai Emery will be that man. The former Arsenal and PSG manager would appear willing to return to the English top-flight provided that his salary from his time in north London is matched, with compensation to prise him away from Villarreal expected to cost in the region of €6 million for a deal to be made.

If Newcastle’s move for Emery fails to materialise, then Eddie Howe would seemingly be left as the only name in the frame. The former Bournemoth manager has been out of work since leaving the south coast club in August 2020.

How Emery Rebuilt his Reputation in Spain

Emery’s ultimately unsuccessful stint as Arsenal manager followed a somewhat mixed spell in charge of Ligue 1 giants Paris Saint-Germain, where he saw his side lose out to Monaco in the 2016/17 title race before reclaiming their crown a year later.

However Emery has been gradually restoring his status as one of the game’s most respected managers back in his homeland, where he has enjoyed considerable success as manager of Villarreal, notably in last season’s Europa League final win over Manchester United.

That victory added further weight to the argument that Emery is one of the game’s master tacticians, and that his ability to translate his tactical nous into success on the pitch in other Europan countries has been hindered primarily by the language barrier. Emery himself believed that his level of English was what impeded him the most from reaching higher levels with Arsenal, which is why he would be keen to have another crack at the Premier League.