The international breaks have not gone as planned this season, that’s for sure. Many injuries and COVID-19 cases have come up due to the unnecessary travel and extra matches, and the latest one has continued in the same vein. Now, it’s England who have to deal with these issues, with Ben Chilwell and Jordan Henderson both injuring themselves against Belgium.

With all of the issues Chelsea have had at left-back in recent years, ever since Branislav Ivanovic‘s departure, Chilwell has come in and made the position his own. Manager Frank Lampard was criticized for “English bias” when pushing for him, but Chilwell has vindicated his manager’s faith.

In his first five Premier League matches, the 23-year-old has two goals and two assists. For a left-back, that is a tremendous tally, especially coming into a new team with a different style of play. At Leicester City, most of the play was centered around counter-attacks with Jamie Vardy leading the charge. It’s how they miraculously won the league a few years back, so they rightly stuck with it.

However, Chilwell is not that type of player. He’s a guy who wants to build out of the back, make plenty of forward runs, and get on the end of crosses. At Chelsea, he’s been able to do exactly that. Hopefully, his back injury turns out to be minor and he’s back on the pitch soon.

With the fantastic luck Liverpool had with injuries last season, this seems like the football gods balancing the books. The Merseysiders are suffering injury after injury, and their luck doesn’t seem to be improving anytime soon.

When Virgil Van Dijk came off with a serious injury after Jordan Pickford‘s infamous challenge in the Merseyside Derby, that was only the beginning. Since then, Trent Alexander-Arnold, Joe Gomez, Andy Robertson, and Fabinho all suffered injuries at the back. For a few games, the only senior centre-back in the squad was Joel Matip, the most injury-prone of them all.

Fabinho looks set to return after the break, but now Henderson could well miss out, which further adds to the injury troubles. Jurgen Klopp has seen his squad decimated so far this season, and will be hoping his miserable luck ends soon.

For Gareth Southgate and England, they will be without Chilwell and Henderson for their next match against Iceland, but for both players and their respective clubs that will be the least of their concerns. 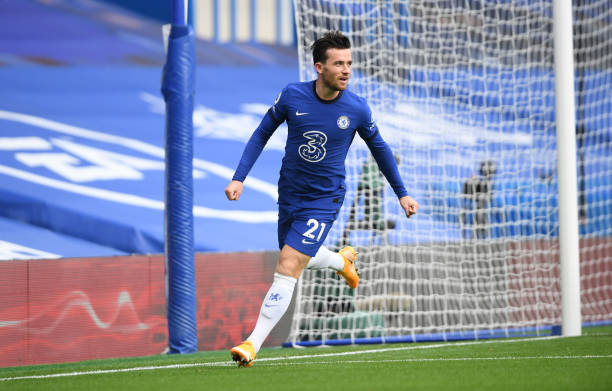