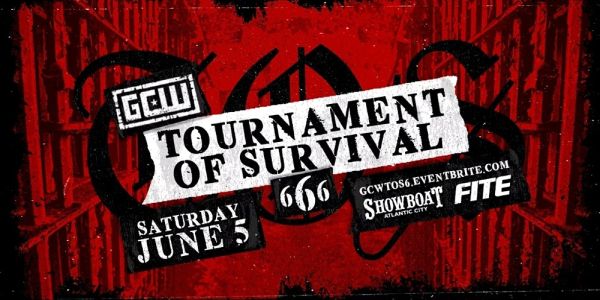 The sixth-ever Tournament of Survival is set to be held by Game Changer Wrestling. Known as GCW Tournament of Survival 666, this endurance will pit eight competitors in combat, testing their mettle and the lengths at which they’ll go in order to achieve victory. From Alex Colon to PCO to current GCW World Champion Nick […] READ MORE