The sixth-ever Tournament of Survival is set to be held by Game Changer Wrestling. Known as GCW Tournament of Survival 666, this endurance will pit eight competitors in combat, testing their mettle and the lengths at which they’ll go in order to achieve victory. From Alex Colon to PCO to current GCW World Champion Nick Gage, many well-known stars have participated in these tournaments throughout the years. One of the staples of the Tournament of Survival is the utilization of weapons, including, but not limited to, steel chairs, tables, and light tubes. Let’s take a look at the first-round matches and the participants involved this year. 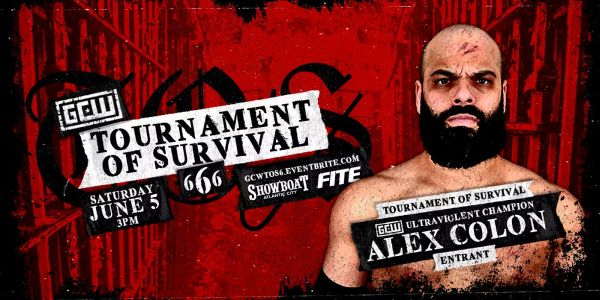 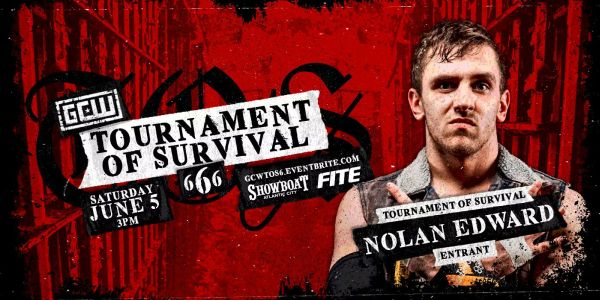 One of the participants making his Tournament of Survival debut is Detroit native, Nolan Edward. Though he’s only been wrestling since 2018, he made waves in short order across the Midwest and abroad. However, it wasn’t until this year that he began to appear for Game Changer Wrestling. His GCW debut took place at the Jimmy Lloyd’s Up All Night block of the Fight Forever event. It was here where he picked up a sizable victory over current IWTV Independent Wrestling Champion Wheeler YUTA. Can Edward go the distance and make his way to the top of the GCW Tournament of Survival 666 tournament? 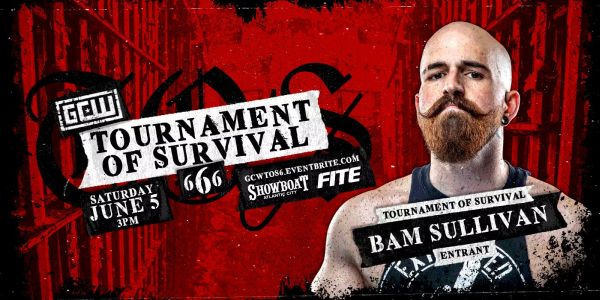 Another Tournament of Survival newcomer is former New York Wrestling Connection Tag Team Champion and Fusion Champion, Bam Sullivan. In addition to NYWC, he’s been a regular competitor for H20 Wrestling, where he was the inaugural Danny Havoc Hardcore Champion, named after the late hardcore wrestler that passed away last year. His first, and so far only, GCW appearance took place during the Odium block of Fight Forever, which saw him face fellow Tournament of Survival 666 competitor Atticus Cogar. Keep an eye on Sullivan heading into this tournament. 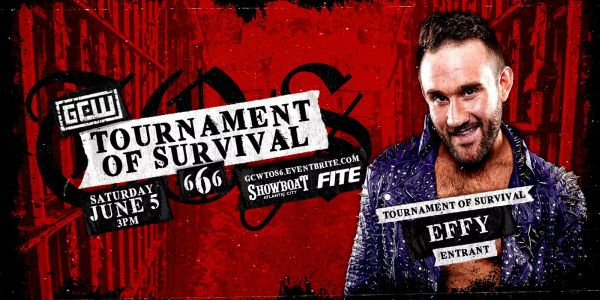 The idea of “The Weapon of Sass Destruction” being part of the GCW Tournament of Survival 666 may seem uncharacteristic on the surface. However, EFFY’s undeniable charisma hides a fighting spirit that will serve him well in this tournament. Most recently, he battled fellow LGBTQ+ icon Dark Sheik at Draft Day. Despite being a staple of GCW since 2019, even having events named after him, EFFY has yet to participate in one of the promotion’s tournaments. This year’s Tournament of Survival will be uncharted territory, but if there’s one detail that’s known for certain, it’s that “The EFFY Experience” will remain strong. 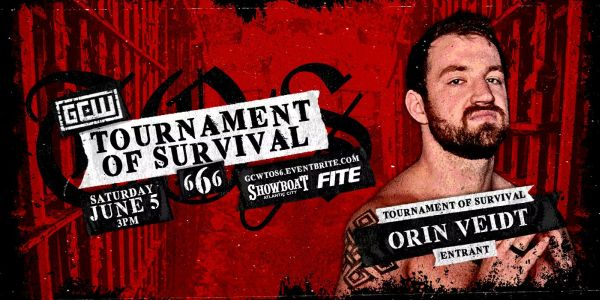 Known as “The Wizard King,” Orin Veidt mixes hardcore wrestling and high-flying offense to create an in-ring approach all his own. He started wrestling in 2015, not only in the United States but in Canada as well. Veidt saw the lion’s share of his success in Insane Championship Wrestling, winning the ICW Alternative Championship and ICW Heavyweight Championship twice each; as of this writing, Veidt remains only one of two wrestlers to have held the Alternative Title twice. Veidt participated in the fourth Tournament of Survival, though he failed to advance past the first round. This year may serve as redemption for “The Wizard King.” 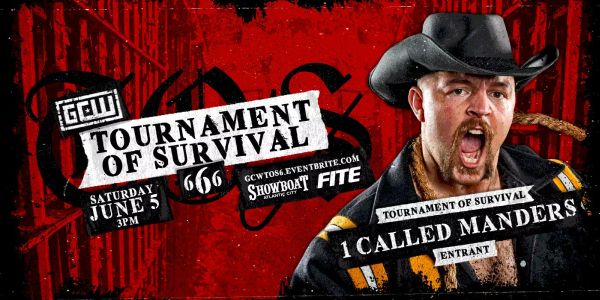 The GCW Tournament of Survival 666 isn’t 1 Called Mander’s first tournament in the company. In early 2020, Manders competed in The Acid Cup 2, where he fell to Nick Gage in the first round. Since then, Manders has remained a regular competitor at GCW events, often teaming with his Second Gear Crew teammates such as Mance Warner and Matthew Justice, the latter of whom Manders is AAW Tag Team Championship alongside. As yet another Tournament of Survival newcomer, how far will Manders go? Given his in-ring style as a brawler, smart money is on him feeling right at home come Saturday. 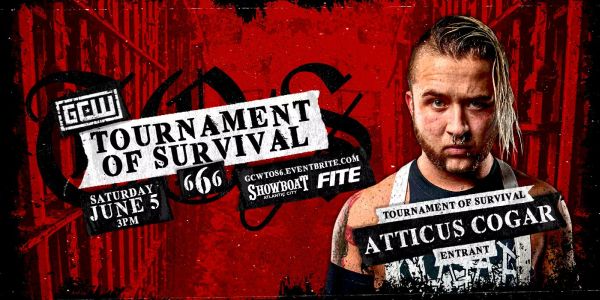 Last year, Atticus Cogar came close to making history. At GCW’s Tournament of Survival 5, Cogar made it all the way to the semifinals, only to fall to the eventual winner, Alex Colon. Cogar is an interesting case, as he’s not only one of the younger competitors but a member of The 44.OH, the leading faction in Game Changer Wrestling. One may think that his stablemates, including Gregory Iron, Bobby Beverly, and former GCW World Champion Rickey Shane Page, may get involved. Even without said stablemates, Cogar’s experience in deathmatch makes him a perfect fit for GCW Tournament of Survival 666. 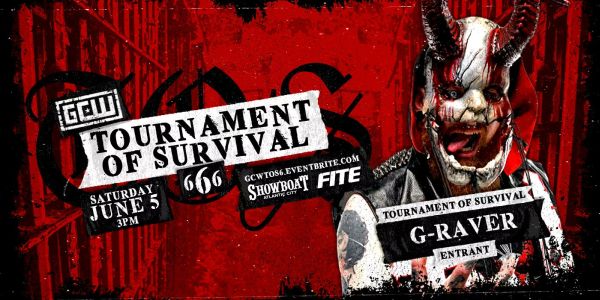 Lastly, G-Raver may be another favorite heading into GCW Tournament of Survival 666. In addition to being a tournament finalist in 2019, he has developed a reputation for being one of the most dangerous wrestlers on the independent scene today. He has most recently been involved in a feud with Jimmy Lloyd. Their latest encounter taking place at last month’s Ashes to Ashes event. In their Glass Ceiling Deathmatch, it was G-Raver that emerged victorious. Can he continue his momentum in GCW by winning his first-ever Tournament of Survival?

These eight participants will first be paired off in first-round singles matches. The four men that advance will move onto the semifinals. The final two men will meet in the finals to be declared the GCW Tournament of Survival 666 winner. This will be a showcase of modern-day deathmatch wrestling. For long-time fans of the match style in question and those looking to get into it, this will be a tournament not to miss.

GCW Tournament of Survival 666 will take place at The Showboat in Atlantic City, New Jersey on June 5, 2021.

Stay tuned to the Last Word on Pro Wrestling for more on this and other stories from around the world of wrestling, as they develop. You can always count on LWOPW to be on top of the major news in the wrestling world, as well as to provide you with analysis, previews, videos, interviews, and editorials on the wrestling world. GCW Tournament of Survival 666 is set to air on Saturday at 3 PM EST on FITE. Tickets for the event are also available via Eventbrite.