This Sunday, live from Fete Music Hall in Providence, Rhode Island, Game Changer Wrestling returns with GCW Aura. This promises to be a show not to miss if you’re in the area. Keep in mind that if you’re unable to attend, the action will air live exclusively on FITE+; further information can be found below. A few key notes to keep in mind before the event in question is a GCW Tag Team Championship defense and returning favorites, the latter of which includes “The Fired Idol” Maki Itoh and the self-proclaimed “Deathmatch King,” Matt Cardona. Without any further delay, let’s take a look at what’s on tap for GCW Aura. 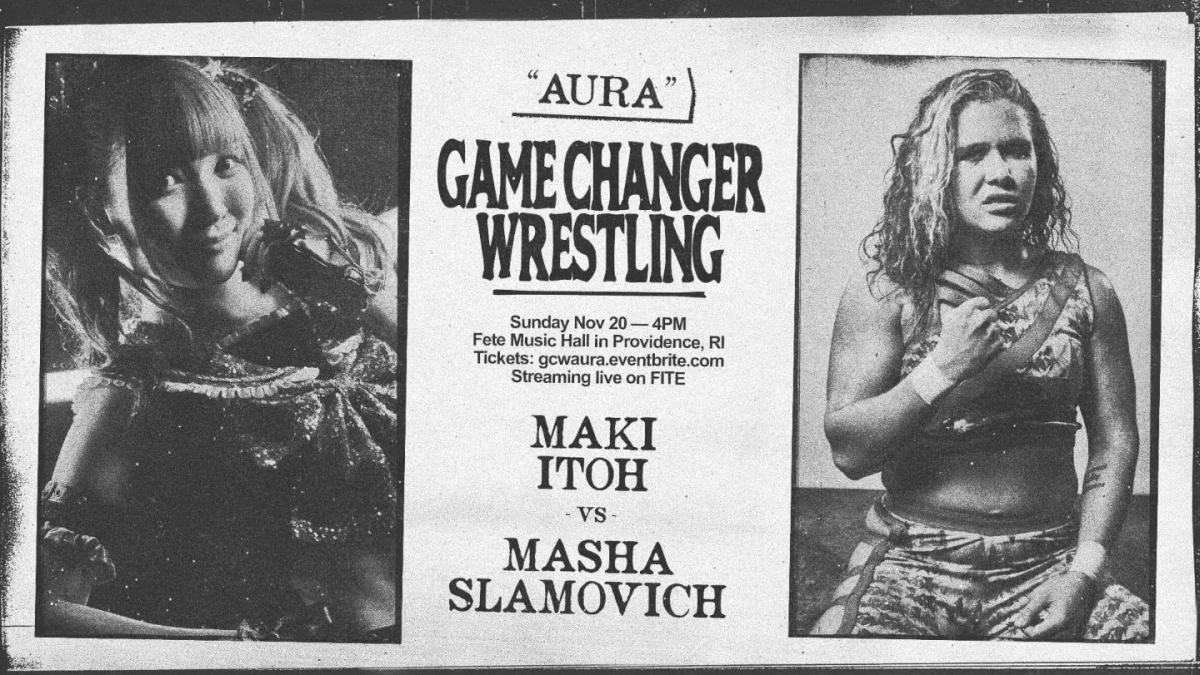 One of the featured names stepping back into a Game Changer Wrestling ring this Sunday is Maki Itoh. Known largely for her work in Tokyo Joshi Pro-Wrestling, “Itoh-chan” has become one of the most popular international wrestlers due to her in-ring performances and, perhaps more importantly, her seemingly endless charisma. This isn’t to say that Itoh is all spark, however; in addition to being a former 2x International Princess Champion, she won last year’s Tokyo Princess Cup and even appeared as the “Joker competitor” for All Elite Wrestling’s Owen Hart Foundation Women’s Tournament earlier this year. In other words, her momentum can’t be denied.

Itoh made her last GCW appearance at the company’s Homecoming Weekend event. On Night 2, she bested Dark Sheik in singles action and even serenaded during Matt Cardona and Chelsea Green’s vow renewals; we will touch on the latter shortly. In any event, “The Fired Idol” is set for action against IMPACT Wrestling star Masha Slamovich. “Russian Dynamite” has also been keeping herself busy on the independent scene, recently besting Jordynne Grace at Pro Wrestling Guerrilla’s DINK event. Outside of this, her focus has been on capturing gold in both IMPACT and elsewhere. See who emerges victorious in this first-time singles encounter between Itoh and Slamovich at GCW Aura. 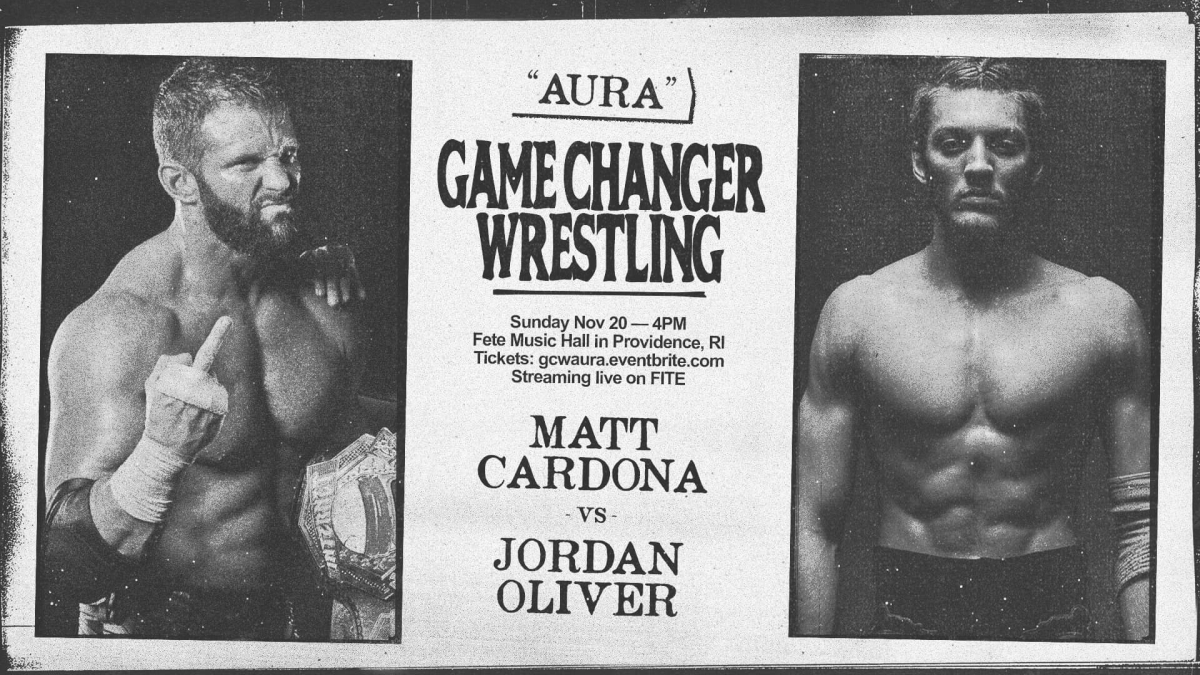 Another individual stepping back into a Game Changer Wrestling ring is Matt Cardona, whose antagonistic aura amidst the GCW faithful can’t be overlooked. As mentioned earlier, he was part of a vow renewal ceremony with his real-life wife, Chelsea Green. This in-ring segment was cut short when Nick Gage became involved and, as anyone familiar with pro wrestling could imagine, chaos followed. Granted, Cardona has wrestled for GCW since then, primarily defending his Internet Championship and being successful while doing so. The wrestling podcast network mogul and action figure enthusiast has kept himself busy and he will only become more active as he heads into GCW Aura for another first-time match.

Cardona is set to square off against Jordan Oliver, a fellow New Yorker with an attitude in his own right. However, Oliver has been received more positively by GCW fans, as “The Young, Dumb, and Broke” high-flyer has been part of many well-received matches. From 1 Called Manders to YAMATO to Jonathan Gresham and beyond, it’s fair to say that he’s been up against an eclectic group of opponents. This Sunday, Oliver steps up against one of his biggest challenges in Cardona. Despite the latter’s arrogant demeanor, as well as occasional reliance on others, his success is indisputable. Can Oliver pick up the upset victory or will GCW Aura mark another win for the “Alwayz Ready” Long Islander?

For the first time since August, Ninja Mack returns to wrestle for Game Changer Wrestling. “The Kamizake” has become a staple competitor for Pro Wrestling NOAH this year, even capturing the GHC Junior Heavyweight Championship from HAYATA this past October. Boasting acrobatic techniques and aerial offense alike, it should come as little surprise that Mack has made a splash during his international tours. “Bet,” as the man himself would say. GCW fans may agree that his presence has been missed across the promotion’s various shows. At GCW Aura, Ninja Mack returns and he won’t be without a tall challenge to overcome.

In a three-way match, Mack takes on Leon Slater and Tony Deppen. To say that this match is comprised of various in-ring styles would be an understatement. The sometimes arrogant but always formidable Deppen boasts a technical wrestling approach that has made him one of the most challenging opponents in any scenario. One could argue that Slater is the wildcard, as the 17-year-old star is still growing yet has shown promise against such names as Lio Rush and Konosuke Takeshita. Regardless of who emerges victorious here, this match has the makings of a show stealer.

Stay tuned to the Last Word on Pro Wrestling for more on this and other stories from around the world of wrestling, as they develop. You can always count on LWOPW to be on top of the major news in the wrestling world, as well as to provide you with analysis, previews, videos, interviews, and editorials on the wrestling world. GCW Aura is set to air Sunday at 6 PM EST on FITE+. Tickets are also available via Eventbrite.