This Sunday, Game Changer Wrestling returns to Columbus, Ohio for GCW Moment of Clarity. The independent wrestling powerhouse previously appeared in Columbus back in April from its Find You Again event. Moment of Clarity is set to take place at the Valley Dale Ballroom venue, and when it comes to the in-your-face style of wrestling Game Changer Wrestling has become known for, perhaps no venue is better suited than a ballroom. However, if you’re unable to attend in person, whether due to the inability to purchase tickets or lack of travel to the area, the action will air live on FITE. Here’s what to expect this Sunday evening. 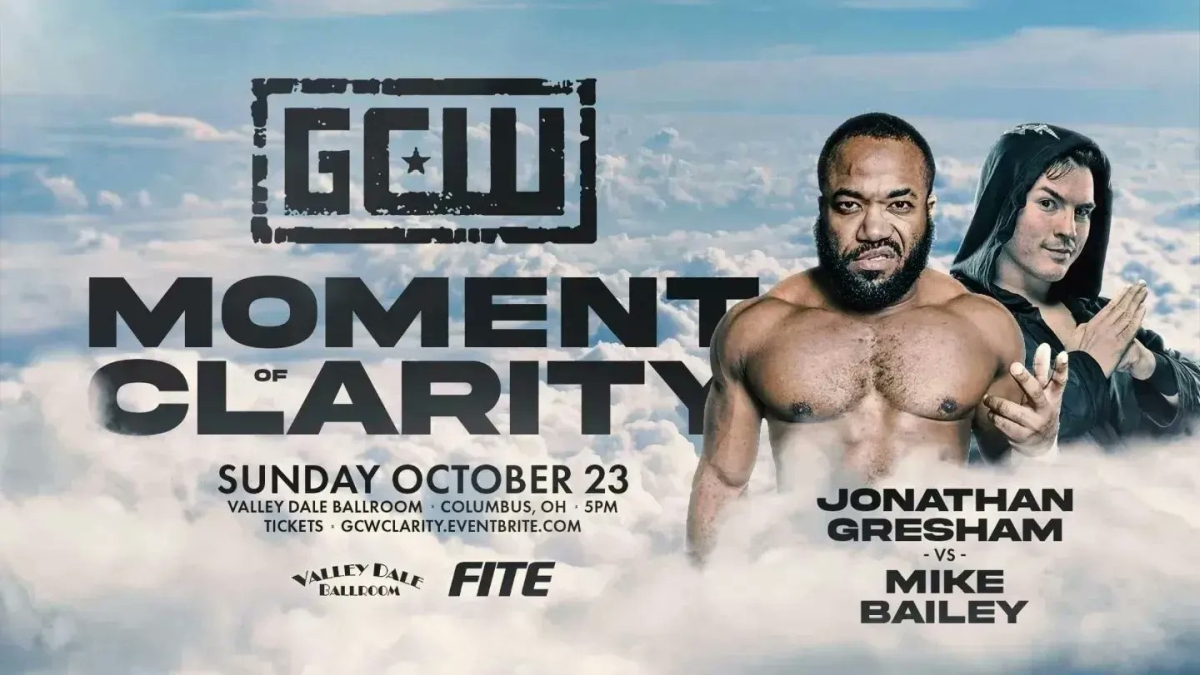 The Foundation Meets The Speedball

At GCW Moment of Clarity, Jonathan Gresham steps back into a Game Changer Wrestling ring. Following his departure from All Elite Wrestling, and his home promotion of Ring of Honor by extension, the former ROH World Champion took to the independent scene. It didn’t take long for “The Foundation” to find success, as he won a four-way contest at the Ric Flair’s Last Match event to become the number one contender for the PROGRESS World Championship. Gresham has been largely relegated to GCW events, including sibling promotion Jersey Championship Wrestling. This Sunday, for the third time, Gresham steps into the ring for singles competition against “Speedball” Mike Bailey.

Independent wrestling enthusiasts may know that Gresham and Bailey shared the ring multiple times throughout the years. They first locked horns in Combat Zone Wrestling, participating in a Scramble Match at Cage of Death XVI in 2014 and then wrestling one on one at Best of the Best 14 in 2015. One year later, they faced off again for Capital City Championship Combat. In terms of singles competition, Bailey holds the advantage with a 2-0 record. Smart money would be on “Speedball” picking up a third singles win but Gresham is a far different competitor from years prior, developing a technical style buoyed by sheer physical strength. This may be the night when the tide turns in favor of Gresham. 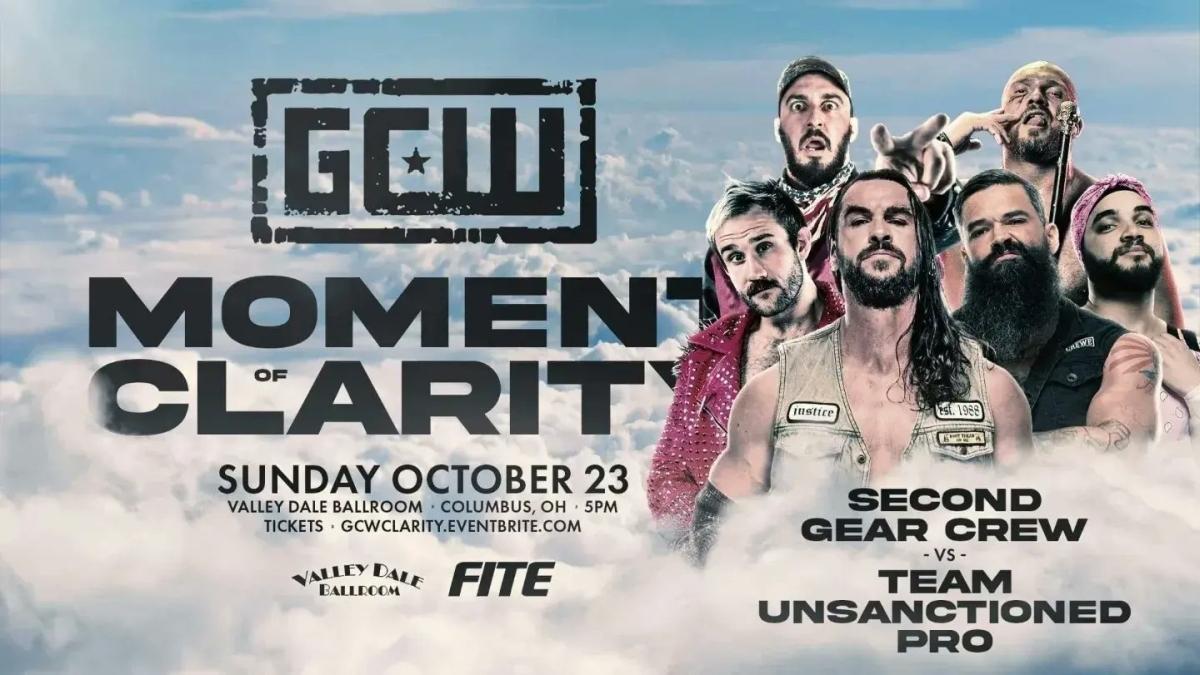 Also scheduled for GCW Moment of Clarity is Unsanctioned Pro representation. For the uninitiated, Unsanctioned Pro is an Ohio-based independent wrestling organization. Since 2018, their mission statement has been to bring world-class talent to the 614 (and beyond). Billie Starkz, Matt Cross, Calvin Tankman, and Max the Impaler are just a few wrestlers that passed through the company, so it should go without saying that Unsanctioned Pro has more than lived up to said mission statement. They will be represented at Moment of Clarity, with Unsanctioned Pro Tag Team Champions Lord Crewe and Aaron Williams, known collectively as Cinnicinati’s Most Wanted, teaming with Jeffrey John for six-man tag team action.

Team Unsanctioned Pro will have a major task ahead of them, however, as they take on Second Gear Crew’s Mance Warner, Matthew Justice, and EFFY. Warner and Justice are former GCW Tag Team Champions, not to mention tag team titleholders in Horror Slam Wrestling. Meanwhile, EFFY is a former GCW Tag Team Champion in his own right, holding the gold with Allie Katch earlier this year. Warner, Justice, and EFFY are among the wrestlers most synonymous with GCW, so it should come as no surprise that they’ll represent the company against wrestlers from a rival organization. Interpromotional warfare is the name of the game, and if the wrestling styles of the competitors involved are any indication, this will be a physically punishing affair.

GCW Moment of Clarity will take place in Columbus, Ohio on October 23, 2022.

Stay tuned to the Last Word on Pro Wrestling for more on this and other stories from around the world of wrestling, as they develop. You can always count on LWOPW to be on top of the major news in the wrestling world, as well as to provide you with analysis, previews, videos, interviews, and editorials on the wrestling world. GCW Moment of Clarity is set to air Sunday at 5 PM EST on FITE. Tickets are also available via Eventbrite.