This Sunday, Game Changer Wrestling returns to The Showboat for GCW Fight Club 2022 Night 2. Night 1 is set to kick off what promises to be an eventful night, including a Title vs. Career bout between GCW World Champion Jon Moxley and the man many consider to be the heart and soul of the promotion, Nick Gage. Furthermore, there will be considerable Dragon Gate representation, which should pique the interest of wrestling fans across the world. Night 2 is not short on action, either, as we will learn shortly. Without any further delay, here’s what to expect, whether you intend on being at the show in person or watching at home via FITE. 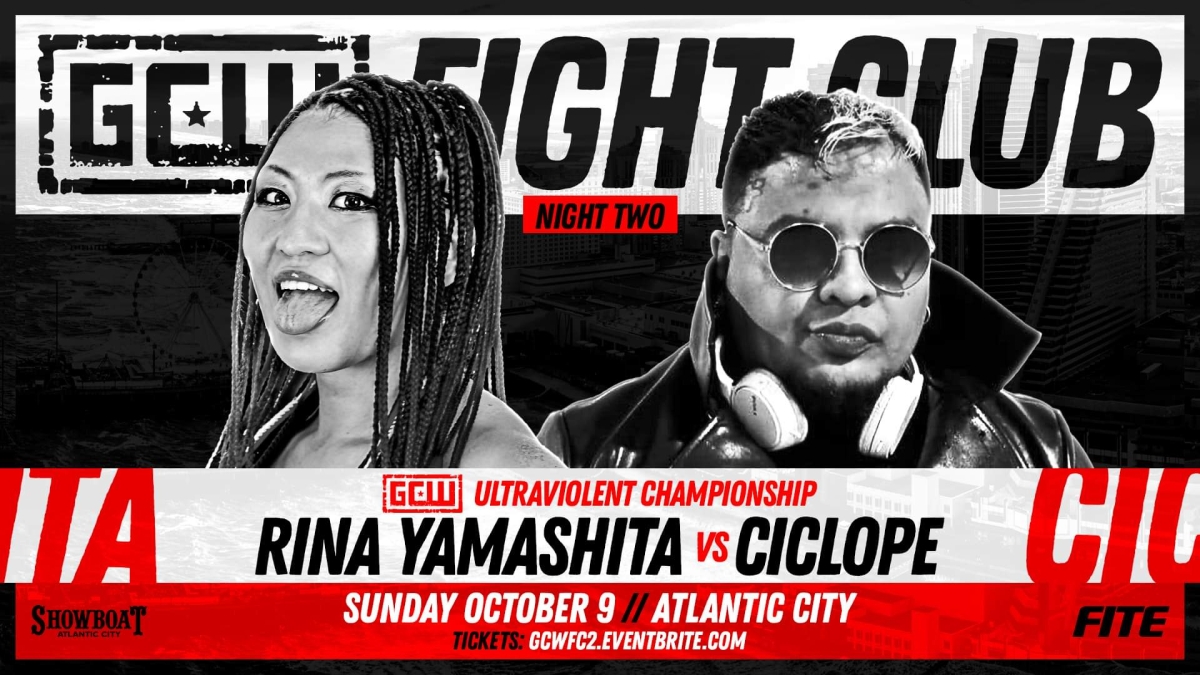 The Deathmatch Amazon Defends Her Gold

In one of the title matches set for GCW Fight Club 2022 Night 2, Rina Yamashita will defend the GCW Ultraviolent Championship against one of the members of Los Macizos, Ciclope. Known by many as “The Deathmatch Amazon,” Yamashita has been carving a career for herself as one of the most fearless joshi wrestlers in the world. From Gatoh Move Pro Wrestling to Pro Wrestling WAVE to, of course, GCW, she’s made new fans with every match she’s been in. It should be noted that Yamashita will be in action on Night 1, competing in a GCW Tag Team Championship match alongside Drew Parker versus titleholders Alex Colon and John Wayne Murdoch. Whether Yamashita enters this match a double champion in GCW remains to be seen, but she’s set for a challenging title defense all the same.

Challenging Yamashita for the GCW Ultraviolent Champion will be Ciclope. As mentioned earlier, he’s one of the members of the Los Macizos group, which includes members such as Miedo Extremo, who Ciclope captured multiple tag team titles with over the past few years. In fact, Ciclope and Extremo are 2x GCW Tag Team Champions, their first reign lasting over 1,100 days. With that said, Ciclope has been looking to expand his resume with singles gold, which could come to fruition on Night 2 of GCW Fight Club. Will this night prove to be in his favor or can Yamashita continue her GCW Ultraviolent Championship reign throughout the autumn and winter months? 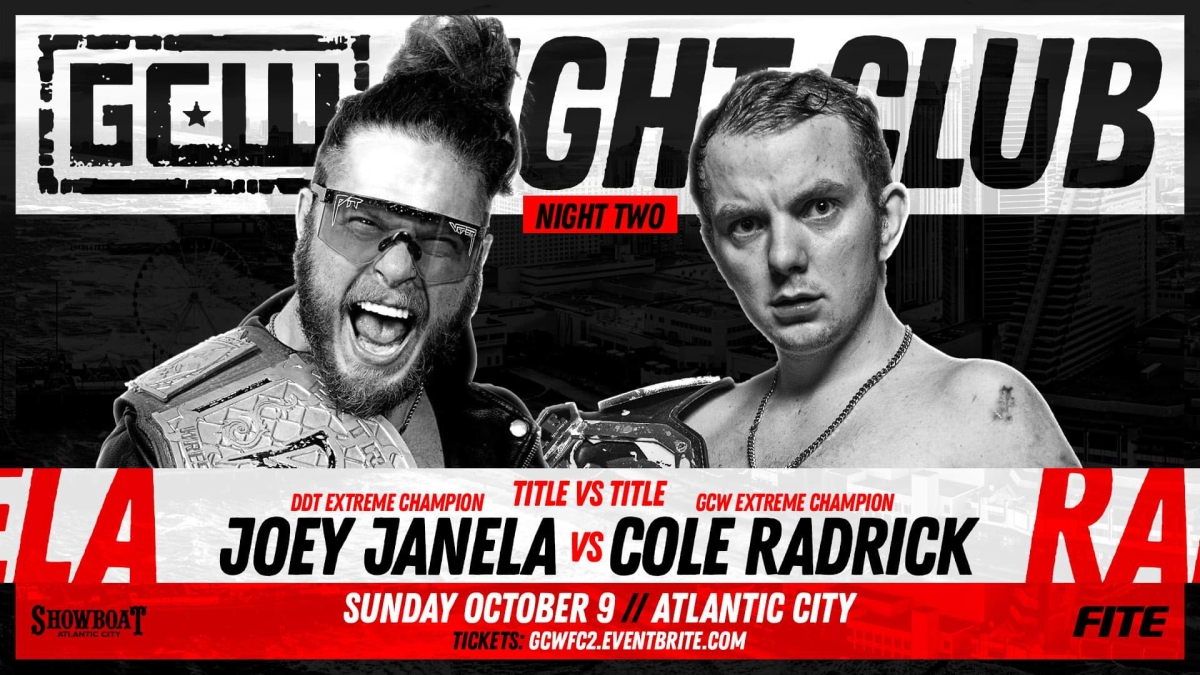 One Man Leaves The Showboat with Double Gold

Also set for Night 2 of GCW Fight Club 2022 is a Title vs. Title Match. To be more specific, DDT Extreme Champion Joey Janela will clash with the reigning GCW Extreme Champion, Cole Radrick. For the uninitiated, Janela captured DDT gold back in August, besting Akito for the company’s Extreme title. “The Bad Boy” has kept a gold on said title since, even successfully defending it in a Scramble Match at GCW The Art of War this past September. This isn’t the first time that Janela’s held DDT gold, as he’s a former 4x Ironman Heavymetalweight Champion. In GCW, he’s a former tag team and world titleholder as well. On paper, it can be assumed that the former All Elite Wrestling star has a solid chance of leaving The Showboat a double champion.

To do so, however, Janela will have to overcome the tenacious GCW Extreme Champion, Cole Radrick. “The Raddy Daddy” captured GCW’s Extreme belt this past July, emerging victorious in a Scramble Match at The People vs. GCW. As of this writing, Radrick has 7 successful title defenses under his belt, taking on and besting such opponents as Jack Cartwheel, Charli Evans, and Colby Corino. Anyone familiar with Radrick’s work can attest to his ability as a more straightforward wrestler, though his propensity to take any match to a higher level via a deathmatch mindset makes him an ideal GCW Extreme Champion. One can’t help but wonder, however, if this will help him leave New Jersey with not just his GCW Extreme Championship as well as the DDT Exteme Championship. Find out on Night 2 of GCW Fight Club 2022.

Stay tuned to the Last Word on Pro Wrestling for more on this and other stories from around the world of wrestling, as they develop. You can always count on LWOPW to be on top of the major news in the wrestling world, as well as to provide you with analysis, previews, videos, interviews, and editorials on the wrestling world. GCW Fight Club 2022 Night 2 is set to air Sunday at 5 PM EST on FITE. Tickets are also available via Eventbrite.