Just six days before the beginning of the biggest tournament in STARDOM’s 11-year history, the premier joshi company will hold yet another PPV in Nagoya. STARDOM MidSummer Champions 2022 in NAGOYA will feature five singles matches, all five members of PROMINENCE, one last chance at building momentum for competitors taking part in this year’s 5STAR Grand Prix. Can this last stop before the 5STAR prove influential in determining who eventually becomes the Queen of Summer? We’ll have to wait and see, but for now, let’s get into what to expect at STARDOM MidSummer Champions 2022 in NAGOYA! 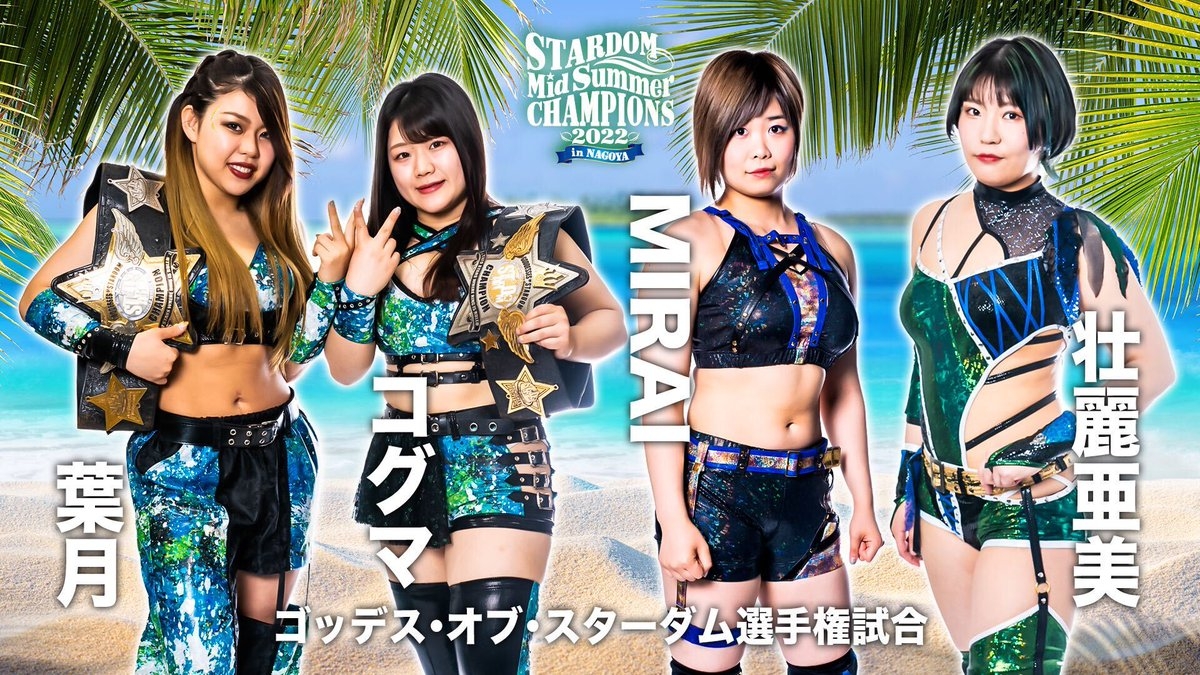 After wrestling to a 30-minute draw in their recent attempt at claiming the Goddesses of Stardom Championship in Osaka, MIRAI and Ami Sourei of God’s Eye will continue their hunt for the championships inside the Nagoya Congress Center on July 24th. The reigning champions, Hazuki and Koguma, offered the rematch following their successful title defense on July 2nd, but this time they intend on being the victors. While the FWC duo clearly has the experience edge, both as a team and altogether, it was Ami Sourei who said that the power of her and MIRAI will be too much for the High-Speed duo to handle, and that hypothesis does have some backing. When working as a team, MIRAI & Sourei have yet to be defeated in matches that do not feature elimination rules. Could the momentum of God’s Eye be too much for the champs, or will Hazuki and Koguma find a way to overcome their powerful opponents? 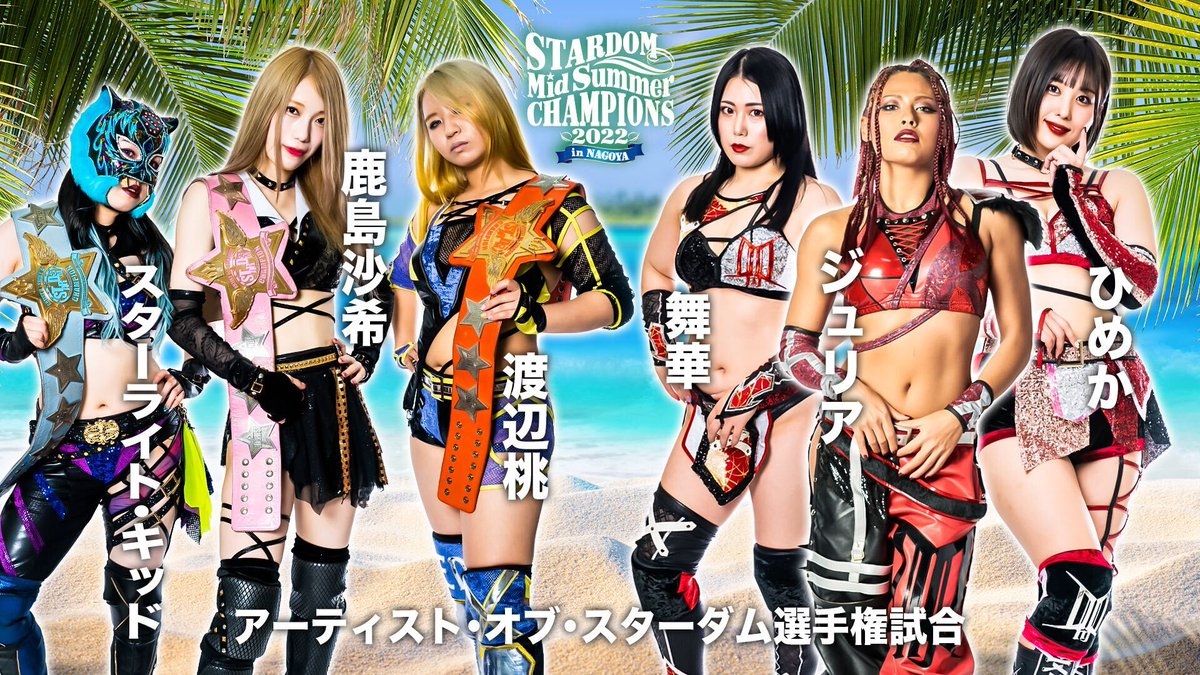 After losing one of their star players in Natsupoi to Cosmic Angels, Donna Del Mondo seeks to reclaim the Artists of Stardom Championship, a set of belts that have become synonymous with the faction over the past 2.5 years. Himeka, Maika & Giulia will challenge Oedo Tai’s Momo Watanabe, Starlight Kid & Saki Kashima, who have been in form since winning the belts in May. Oedo Tai has heavily relied on Saki’s Zombie Revival flash pin to end their trios matches, which could provide the new DDM A-Team with an exploitable path to victory if they anticipate it. Does STARDOM MidSummer Champions 2022 in NAGOYA serve as the first step of DDM’s renaissance, or will Oedo Tai break their one-defense curse as Artists of Stardom Champions? 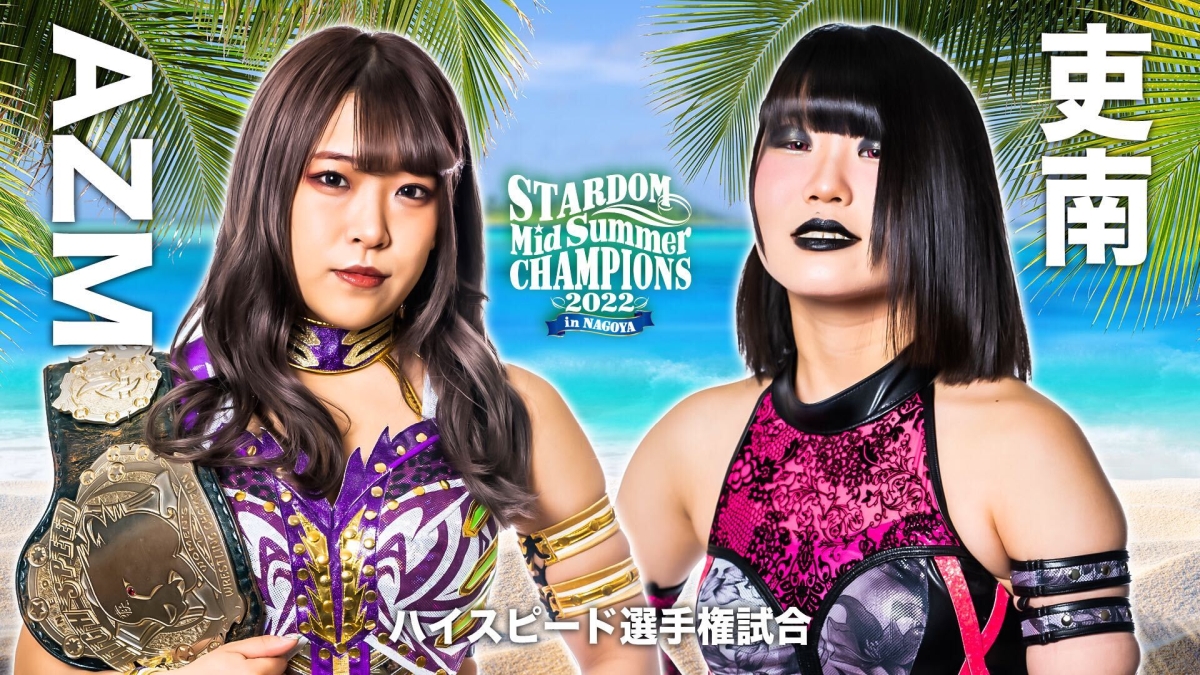 AZM Tastes Her Own Medicine Ahead of her Sixth Title Defense

In the year 2018, the 15-year-old prodigy AZM would gain an advantage over her older opponents by insulting and berating them before attempting to defeat them, often unsuccessfully. Now, four years later, AZM is a nine-year veteran who has become the third multi-time High-Speed Champion at the young age of 19 years old. That’s why it feels oh so fitting that her next challenger is none other than Rina, who is a 15-year-old wrestling prodigy in her own right. Rina has minimal experience in high-speed wrestling, and she marks AZM’s 4th first-time challenger for the High-Speed title in her current reign.

AZM believes that, much like herself, Rina is simply going through a rebellious phase and is in over her head, throwing herself into a High-Speed Championship match with no respect or knowledge of what the belt means or represents. However, it seems like Rina has paid some attention to high-speed wrestling as she has recently adopted both the Diving Footstomp and the Diving Kneedrop, the latter of which was used by former High-Speed Champion and Oedo Tai founder Kris Wolf. Rina has the desire to usher in a new era of the High-Speed Divison, but that’s far easier said than done when you must defeat Stardom’s High-Speed Ace to do so. 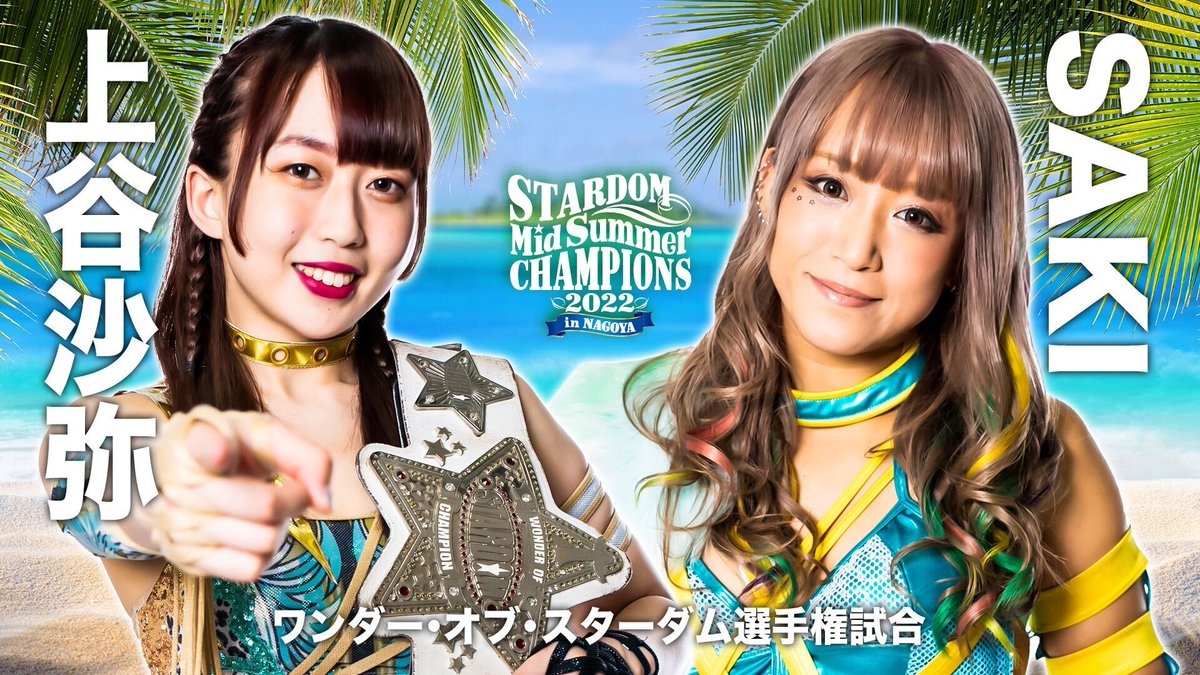 Will SAKI Paint the White Belt with Her Own Colors?

Just a few months following her debut, SAKI of COLORS plans on making her mark on the company in this year’s 5STAR Grand Prix as a first-time participant, but first, SAKI will try her hand at becoming the Wonder of Stardom Champion just days before the tournament begins. SAKI, a ten-year vet and the last ever Act’wres GirlZ Champion, will face off with Saya Kamitani in the Golden Pheonix’s 8th title defense. SAKI seems to believe that her seven-year experience advantage and her training in the LLPW-X Dojo give her a major advantage over the young 3-year pro. Saya Kamitani has been an incredibly dominant champion since winning the belt last December and feels like the clear favorite despite this massive experience disadvantage. After months of anticipation for KAIRI to get her shot at Saya Kamitani’s prized possession, can SAKI rain on the Queen’s parade and pull off a major upset heading into the 5STAR GP? 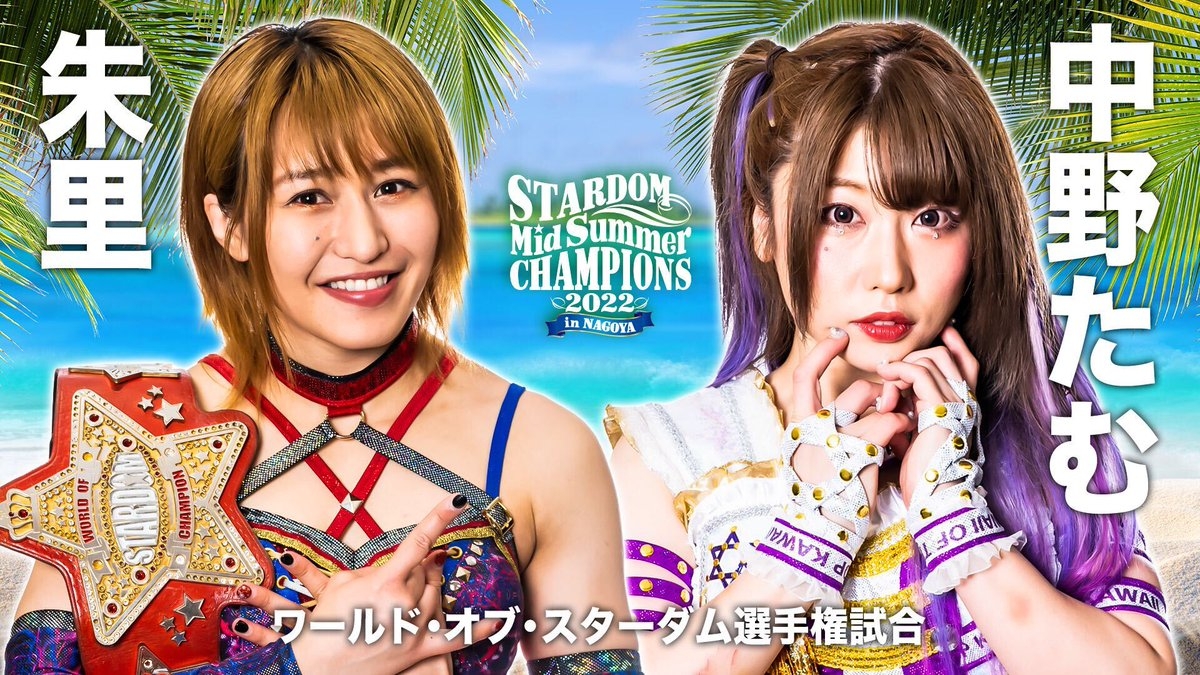 In the main event of the evening, Tam Nakano battles Syuri for the World of Stardom Championship in her home prefecture of Aichi. This marks Nakano’s first Red Belt challenge, and it comes after months of teasing a match against Syuri in tag team matches and backstage comments. It’s taken Nakano a long time to get her, including various faction issues, blood feuds, and a White Belt reign that affected her so deeply that her connection to the belt will never waiver. When discussing this match and the World of Stardom Championship, Nakano proclaimed her ambition to win the belt, return to Aichi and have a double championship match against whoever holds the Wonder of Stardom Championship when the time comes.

While holding both top championships in Stardom is known to be the hardest thing for a wrestler to ever accomplish, Tam Nakano’s drive to leave her mark on the wrestling ring is truly undeniable. She is known to thrive in underdog situations and often hits a different level when backed into a corner by a strong opponent. Syuri certainly has the overwhelming advantage heading into Nagoya, but it is a realistic possibility that the World of Stardom will walk the Tam Road as STARDOM MidSummer Champions 2022 in NAGOYA comes to a close.