All Elite Wrestling gave its fans a fantastic show on the latest edition of AEW Dynamite. While fans may think it’s time to slow down, AEW just ramps it up, as another exciting edition of AEW Rampage comes your way. Let’s preview the action for this Friday night’s AEW Rampage as “The Purveyor of Violence” Jon Moxley battles the new ROH Pure Champion Wheeler Yuta. “The American Dragon” takes on one-half of the Best Friends. Plus, another spot for The Owen Hart Foundation Women’s Tournament is on the line this Friday night.

What a way to cap off the weekend, with another action-packed edition of AEW’s premier Friday night wrestling program. Let’s not keep anyone waiting any longer, this is Rampage! Let’s run it down. 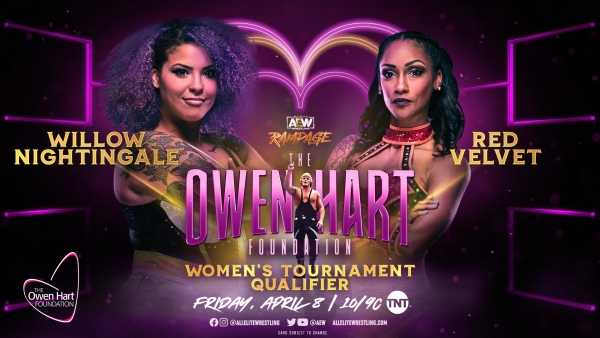 Despite losing to the new Interim Ring of Honor Women’s World Champion Mercedes Martinez, Willow Nightingale put on a solid showing on last Friday’s Supercard of Honor. The rising star has another shot in the limelight as she battles AEW standout Red Velvet, with a spot in The Owen Hart Foundation Women’s Tournament spot up for grabs.

Three of AEW’s best competitors have already qualified for the tournament: Toni Storm, Jamie Hayter, and record-breaking former AEW Women’s World Champion Hikaru Shida. Both Velvet and Willow have an opportunity to join these names in the inaugural tournament; with the possibility of being the inaugural winner of the event. Who wants it more? We’ll find out this Friday night only on TNT. 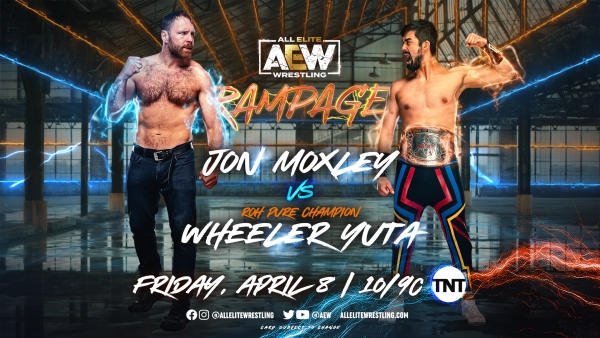 Wheeler Yuta scored possibly the biggest win of his career, thus far, as he defeated Josh Woods to become the new ROH Pure Champion. However, just seven days removed from the monumental victory, Yuta battles “The Purveyor of Violence” Jon Moxley this Friday night on AEW Rampage. The Blackpool Combat Club’s maestro William Regal has taken a liking to Yuta, especially after his gutsy performance against “The American Dragon” Bryan Danielson.

Despite proving himself time after time, Wheeler has one more test ahead of him before he truly proves he’s worthy to stand alongside The Blackpool Combat Club. It will not be an easy feat to accomplish, as Yuta battles one of the toughest men ever to lace up a pair of wrestling boots, former AEW World Champion Moxley. Mox is not just going to lay down and roll over for Wheeler. He will give it his all, and test the might of the young upstart. Will Yuta be up for the challenge on AEW Rampage, or will Moxley separate the contenders from the pretenders?