Multiple independent wrestling promotions will be represented in The Collective 2022. Among the promotions in question is the Columbus, Ohio-based Unsanctioned Pro. Since its launch in 2018, it has seen many notable indie stars come through, including Tre Lamar, Janai Kai, and Cole Radrick. Unsanctioned Pro will be part of this year’s Collective as well, hosting its event simply known as Mulligan in Fair Park in Dallas, Texas. The card is nothing short of stacked as well, featuring no fewer than four championship matches. Without any further delay, let’s take a deep dive into Unsanctioned Pro 18 – Mulligan. 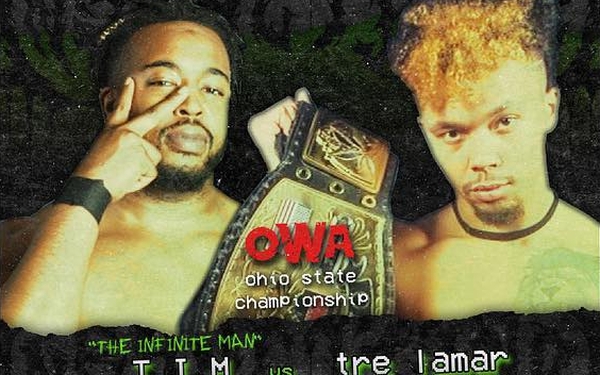 One of the companies represented at Unsanctioned Pro Mulligan is local independent organization Ohio Wrestling Alliance. This company was formed in 2019, and while its momentum was halted following the COVID-19 pandemic, it kicked back up in early 2021. Representing OWA will be its Ohio State Champion, Tre Lamar, who’s been prevalent in Next Generation Wrestling, Black Label Pro, and elsewhere this year. IMPACT Wrestling fans may also remember him during his stint there last year. Lamar captured the OWA Ohio State Championship in March of 2021, becoming the first titleholder in the process. At Unsanctioned Pro Mulligan, Lamar makes his fifth title defense against “The Infinite Man,” T.I.M. Boasting roughly 8 years of wrestling experience, T.I.M. has held singles and tag team gold in promotions including America’s Most Liked Wrestling and FEST Wrestling. Can T.I.M. leave Fair Park this weekend with another title to his name? 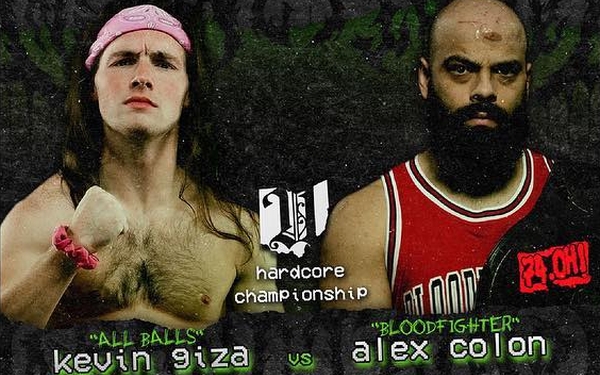 This past March, at Unsanctioned Pro 17: No One Should Watch This, Cole Radrick and AKIRA battled in the main event for the UP Heavyweight Championship. Radrick retained the title, but matters weren’t solved yet, as the two men brawled following the closing bell. This resulted in numerous individuals, including Alex Colon and then-UP Hardcore Champion Kevin Giza, attempting to mediate the situation. Colon and Giza would soon get into a shoving match, which escalated into an impromptu match for Giza’s title. Colon got the pinfall victory, capturing the UP Hardcore Championship in the process. At Unsanctioned Pro Mulligan, the two run the match back, this time with Colon defending the gold against Giza, who will do anything in his power to make his opponent’s reign a short one. One can only assume that their encounter last month is only a sample of what’s to come this Saturday. 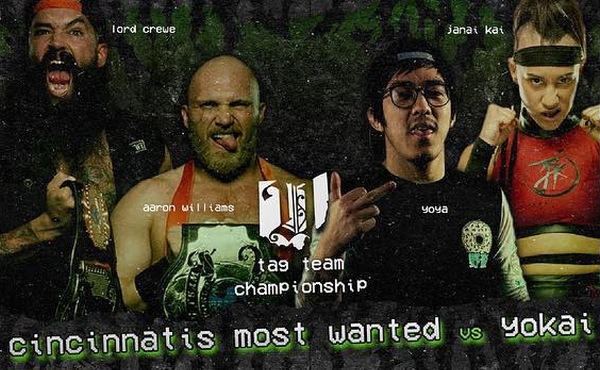 Cincinnati’s Most Wanted Defends the Gold

At Mulligan, the Unsanctioned Pro Tag Team Championship will also be on the line. The defending champions, Cincinnati’s Most Wanted, will take on YoKai in one of the show’s featured matches. As the UP tag team titleholders, Aaron Williams and Lord Crewe have held the titles for over 160 days, besting The Rejects this past October to win them initially. Needless to say, it wouldn’t be an UP show without the promotion’s Tag Team Champions in action. Their latest defense promises to be a big one, however, as they take on the duo of Yoya and Janai Kai. As YoKai, the two have teamed as early as December 2020, working in tag team matches in Paradigm Pro Wrestling, Camp Leapfrog, and Jersey Championship Wrestling, just to name a few locations. They’ve yet to capture gold as a unit, however; will this change following Unsanctioned Pro Mulligan? 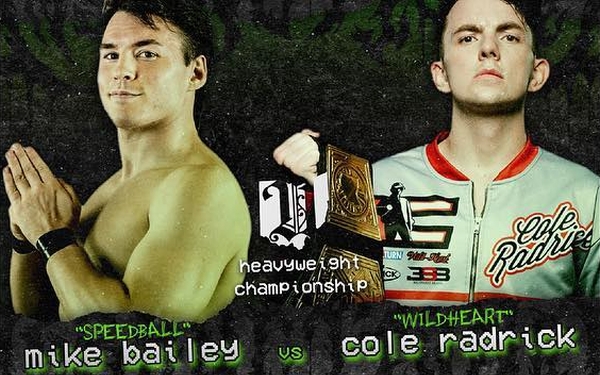 The Wildheart Defends in the Main Event

Cole Radrick headlines Unsanctioned Pro Mulligan as he defends the UP Heavyweight Championship against “Speedball” Mike Bailey. As mentioned earlier, Radrick last defended the title against AKIRA this past March. As the second recognized titleholder, Radrick has held the gold for over 230 days, successfully defending it in singles and scramble encounters alike. “The Wildheart’s” had no shortage of formidable contenders, either, squaring off against such names as Bryan Keith and former titleholder Everett Cross. This Saturday, Radrick makes his latest title defense against “The Speedball” himself, who’s had no shortage of work this year, whether in Warrior Wrestling, Prestige Wrestling, or his home promotion of IMPACT. Despite both men passing through Game Changer Wrestling multiple times, it may surprise fans to know that this is the first time they’ll share a ring. Expect these men to give it their all when they meet at Fair Park.

Stay tuned to the Last Word on Pro Wrestling for more on this and other stories from around the world of wrestling, as they develop. You can always count on LWOPW to be on top of the major news in the wrestling world, as well as to provide you with analysis, previews, videos, interviews, and editorials on the wrestling world. Unsanctioned Pro – Mulligan is set to air Saturday at 7:30 PM CST on FITE. Tickets are also available via Unsanctioned Pro’s Big Cartel site.