One week after the Pixar original movie Turning Red premiered on Disney+, Chaotic Wrestling will be SEEING RED. With some of the recent Chaotic Wrestling shows being snowed out, there are going to be back-to-back Friday events and then on April 15, it all comes to a head for Cold Fury. 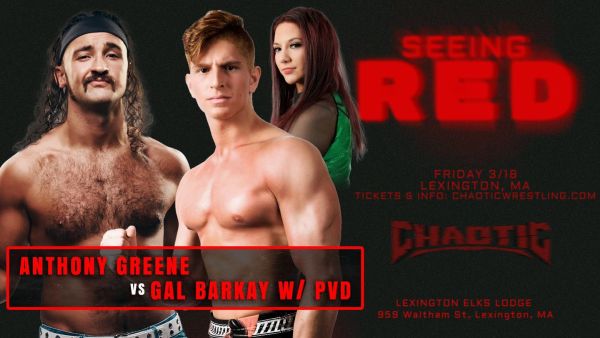 Anthony Greene and Gal Barkay had an impromptu match in Northeast Championship Wrestling late last year. Greene may have won then, but Barkay might be a little bit more prepared going into this match. Regardless of who wins or loses, this is sure to be a classic like only AG can pull off and it should put a lot of eyes on the young Gal Barkay, who is destined to be a future star. 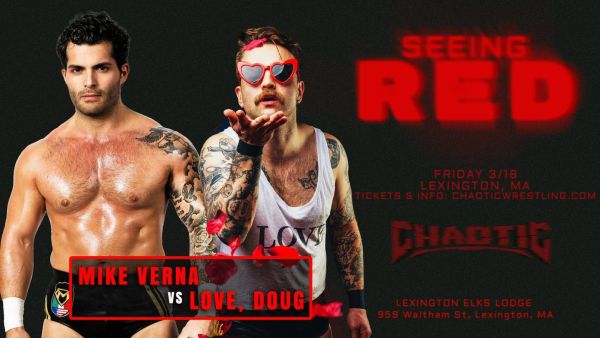 It seems like Superman would be on the side of Love, but alas Love, Doug is making his way through The Unit members one at a time before finally going one on one with Ace Romero at Cold Fury. Doug is going to need this win to create momentum going into his match against Romero and, as such, Mike Verna will be looking to crush more than just the spirit of Love, Doug to make sure that The Unit stays on top. 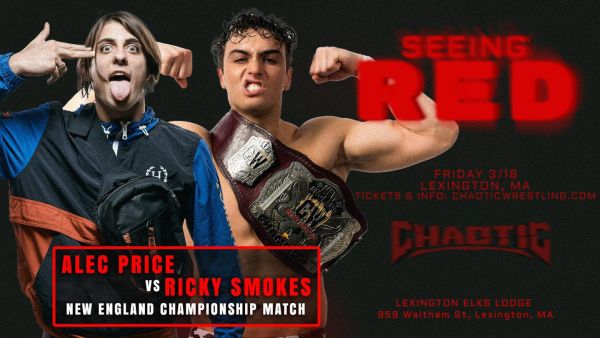 Ever since The Unit took full control and has retained it in Chaotic Wrestling, the promotion seems to be running around like a chicken with its head cut off. There is very little rhyme or reason to anything which happens. Ricky Smokes was in a tag team with Brad Cashew going for the CW Tag Team Championship. Now, he’s defending his New England Championship against Alec Price, who has wins over Love, Doug and Mortar in recent memory. If Price is good enough to hold gold in Chaotic Wrestling- and, as Limitless Wrestling Champion, it can be said that he is- why does he get a New England title shot instead of a shot against JT Dunn? This will also be the second night in a row Alec Price has a title shot, so he could end this weekend with more gold! 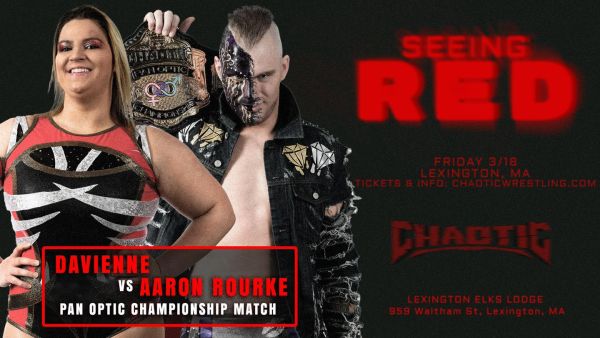 Back in January, Davienne was robbed of the Chaotic Wrestling Heavyweight Championship. Rather than being granted a proper rematch, Davienne will now instead have a match against Aaron Rourke for the Pan Optic Championship. This will be a good, hard-hitting match, but the odds seem to favor the fact that The Unit will likely get involved somehow and beat down both competitors. 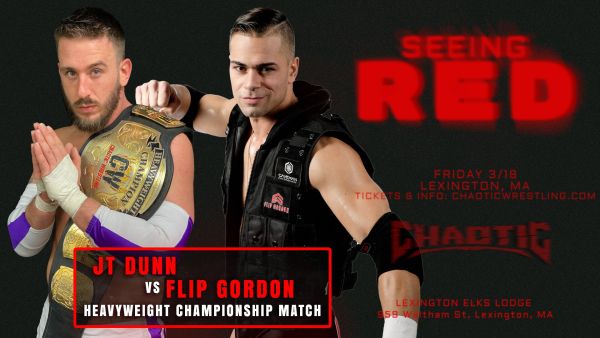 Fans can certainly begin to feel as if Chaotic Wrestling is on a treadmill to nowhere. The same thing happens at every show: The Unit stands tall at the end, and there seems to be no way for them to paint their way out of this corner. Then, Chaotic Wrestling goes on to announce that they have signed Flip Gordon to multiple appearances, which many may see as a controversial decision. Chaotic Wrestling seems to add insult to injury by not only continuing to book Gordon but, at Chaotic Wrestling’s SEEING RED, putting him in a title match.

This match can end in one of two ways. Either JT Dunn retains and it’s more of the same old-same old until at least Cold Fury, or Flip Gordon wins and becomes the face of the company. This is what is considered to be a no-win situation, and if you have not yet jumped off of the seemingly sinking ship, perhaps this will push you right over the edge.

All of this, plus the return of MSP, goes down on Friday, March 18, live from Lexington, MA! For tickets and more information about Chaotic Wrestling SEEING RED, please visit: https://www.chaoticwrestling.com/tickets-events