February 1, 2022 ushered in the Lunar Year of the Tiger. The Lunar Calendar, which was traditionally followed for centuries in many Asian nations, assigns one of twelve zodiac animals to each year. Each animal is colloquially assigned a set of characteristics thought to characterize the year itself and those born within it. Tigers are a revered symbol of dynamic, fierce, but graceful, strength. It is fitting, then, that Tiger Mask is one of Japanese pro wrestling’s most enduring figures.

The Beginning of the Character

The character began its life in 1968, in a serialized manga called Tiger Mask by comic book artist Ikki Kajiwara. In the manga, Tiger Mask is a Japanese wrestler known for his high flying and martial arts based moves as a successful heel wrestler in the United States. However, upon returning to Japan, he changes his stripes upon finding out that he is idolized by a young orphan. He turns face and takes on the villainous organization who trained him to be a malicious opponent. The manga was adapted into an anime in 1969.

In the 1980s, New Japan Pro-Wrestling acquired the manga character and sought to bring the tiger to life in their junior heavyweight division. The first wrestler to portray a real-life Tiger Mask was Satoru Sayama. Sayama had worked NJPW before, but inexperienced and underweight, he failed to catch fire and was sent abroad for further polishing. When he returned and was chosen to don the mask, he almost immediately engaged the audience with his distinct speed and skill. Sayama engaged in many classic matches with Stampede Wrestling talents Dynamite Kid and Bret Hart. Sayama’s accomplishments extended beyond NJPW; he also captured the National Wrestling Alliance and World Wrestling Federation’s respective junior heavyweight titles, becoming the first to hold both championships simultaneously.

Sayama left NJPW in 1983. In 1984, the character was purchased by All Japan Pro Wrestling. Company president, and legendary pro wrestler, Shohei “Giant” Baba selected Mitsuharu Misawa to be AJPW’s Tiger Mask. While Misawa adapted to the high flying moves expected of said character, he incurred several injuries doing so and valiantly worked through them. Misawa eventually unmasked himself and worked under his own name. After the death of Baba, Misawa became AJPW’s president. However, conflict with Baba’s widow and major AJPW shareholder Motoko Baba led Misawa to leave and found Pro Wrestling NOAH. After a long career of innovating and perfecting the craft of Japanese pro wrestling, and many injuries suffered in the name of it, Misawa died in 2009 due to injuries suffered in the ring.

The third Tiger Mask, this time once again in NJPW, was Koji Kanemoto. Despite bearing the persona of such a popular and legendary character, Kanemoto’s incarnation of the character did not make as big an impact amidst the fervent popularity of Jushin Thunder Liger. Liger’s ascendence was cemented when Kanemoto was unmasked at the end of a ‘mask vs. mask’ match between the two. 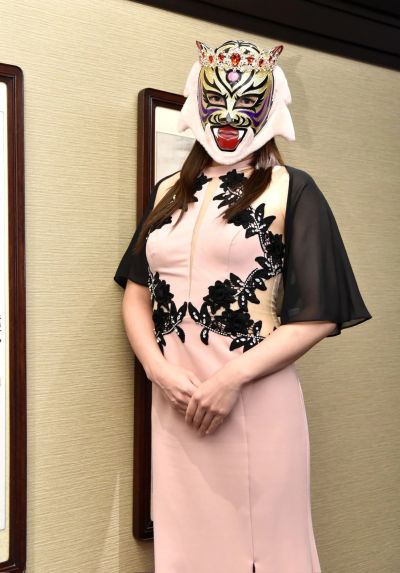 The Character’s Current Iteration and Beyond

Since 1995, Tiger Mask IV has been Yoshihiro Yamazaki, trained and endorsed by Tiger Mask I, Sayama. Yamazaki entered NJPW in 2002. In 2016, an updated Tiger Mask anime, Tiger Mask W was produced by NJPW’s parent company Bushiroad. As a promotion for the anime, Kota Ibushi portrayed the anime character Tiger Mask W and teamed up in a tag match with Tiger Mask IV against Kazuchika Okada and Gedo. Ibushi had previously been active in NJPW from 2009 to 2014.

In the legacy of Tiger Mask, life imitated art. The manga character first dreamt by Kajiwara was a successful athlete with a global impact, whose in-ring style dazzled crowds and innovated the craft. The bold innovations of the wrestlers who’ve worn the mask in real life have brought the character’s spirit to life with dynamic energy befitting the symbol of 2022’s Lunar Year, the tiger.